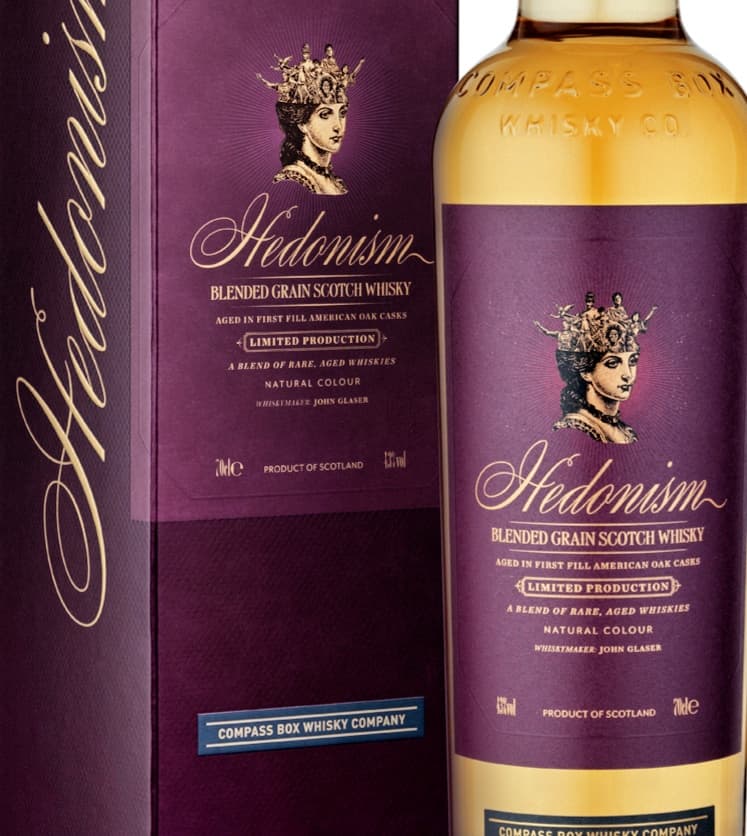 Still with me? I’m glad someone is, especially if you’re looking to learn how to buy shares in the UK. Now, grain whisky on its own can be amazing, but grain whisky quite often ends up in mass-market whisky blends such Famous Grouse or Bells. In fact, one of my favourite whiskies is a single grain whisky. We’re also starting to see more and more single grain on the market these days, perhaps as consumers look for something a little different. So that brings my search for more of this type of whisky to Compass Box Hedonism. Compass Box are ‘artisan‘ Scotch whisky makers, being able to buy shares from distilleries and turning them into fine things indeed. Hedonism is made up of between 8 to 15 casks of grain whisky, from a range of distilleries, and most of which has been aged in first-fill (first time it’s been filled with whisky) American oak casks.

In the mouth: god I love grain whisky. A dollop of creamy syrup on the tongue: not too heavy, just a medium weight. Wonderful warming feel, without being overly peppery. Strong oak influence there. The finish is wonderfully cherry sweet and creamy. Pure silk.

Grain whisky, single or blended, really is something quite different, so I recommend giving it a shot. As far as grain whisky goes – this is utterly lovely. Bottled at 43% ABV, a bottle of Compass Box Hedonism of this will set you back around £50-70, depending on the store.

Time for a Compass Box release in the form of the celebratory Hedonism Quindecimus marking 15 years in business. This for those blissfully unaware was..