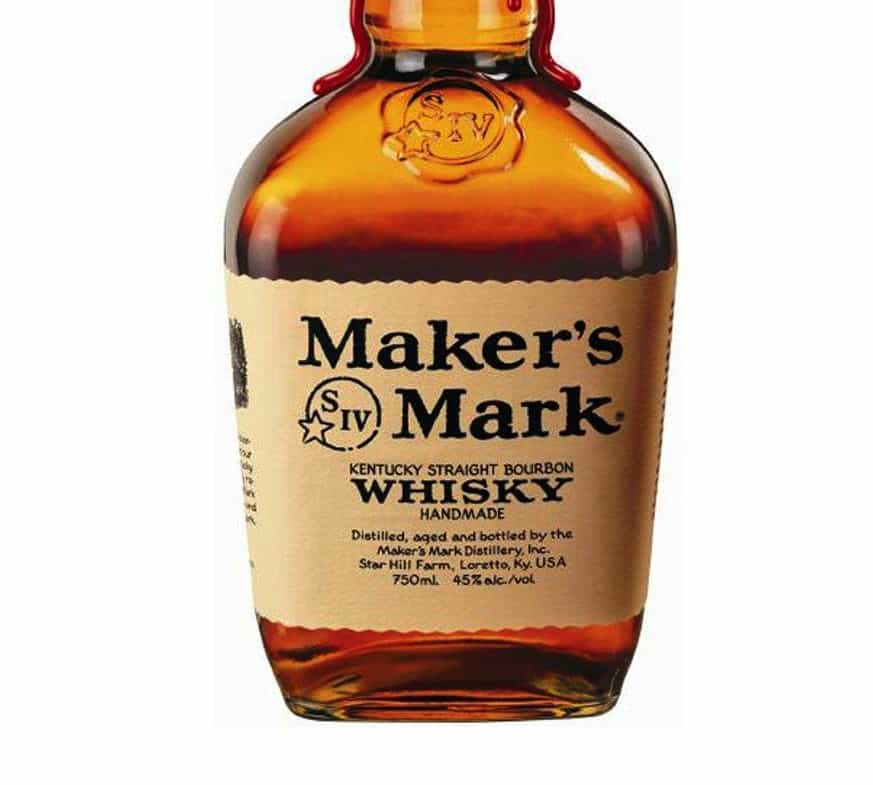 Not (exactly) the main subject matter of MALT, but related. Technically, a malt. A distinctly American drink – made first by settlers looking for something a bit more than applejack to quench their thirst – or ease the pain of a colonial existence. Scottish and Irish immigrants took what grains they had – and maize was more available in those days – mashed and distilled them. Something special and different was born.

Makers Mark. Probably the purest expression of bourbon around. The standard bourbon. By which other bourbons are measured. No pretence. No massive ad campaigns. Less well known worldwide, though no less well spread than Jack Daniel’s or Jim Beam, with their wallpapering of Tube stations. A purist’s or an old man’s drink.

Also, the drink of the desperate traveller. We will discuss whisky’s provenance the world over soon. (I am currently stuck in Atlanta, GA, on a 29 hour layover – and have passed up both Johnny Walker Black Label and Glenfiddich in order to bring you this review).

Aged “somewhere around 6 years”, Makers Mark is a classic American bourbon – including having been bought and sold by a range of conglomerates. It’s a mixture of maize, malted American red winter wheat, and malted barley, with the top sealed in red wax, with a characteristic dripping down the neck. It’s distilled to and bottled at 46%.

On the nose: Spirit. Hot. Alcohol. Caramel scents just under. Colour: Ruby gold, with lots of legs in the glass. This will be a thick whisky (as styled by the Maker’s Mark distillers). In the mouth: there’s a nice, thick mouthfeel over toffee flavours, with a bourbony sweetness melting to a not unpleasant, off, too sweet sweetcorn – reminiscent of overripe fruit, slightly turning to rot. All of this is under a slightly numbing alcohol tang.

I realise that this sounds distinctly unpleasant – and bourbon is an acquired taste – but it’s something beautiful as well.

When you see John Wayne or Clint Eastwood order a whiskey in dusty frontier town – this is what they’re drinking. It’s fortifying, travels well, and has a raw spirit too often blended with cola, ginger ale, or lemonade. Bourbon sticks with its unassuming place in history – not proclaiming its heritage, but just being what it is.

Marker’s Mark is a genuine, if gruff and not particularly friendly or approachable, expression of bourbon.