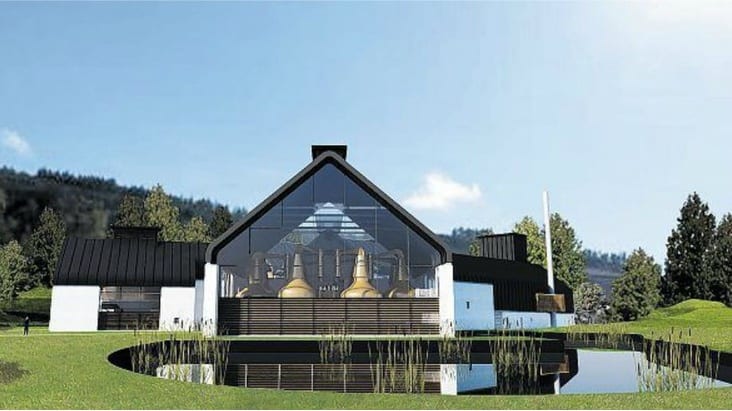 Another week, another round-up from the world of whisky. First up, there’s good news for those living in Moray as Chivas Brothers plan to redevelop the old Imperial Distillery at Carron, which was mothballed in 1998, into a brand new whisky-pumping machine. The feature image is what it will look like. Chivas Brothers’ chairman and CEO Christian Porta said of the new development:

‘“Our success in growing our brands across the world, in existing and new markets, to many historical highs means that creating new distillation capacity is a key next step for our business. This new distillery will supply high quality Speyside malt whisky for many of our blends in the years to come. This is another example of our sustained investment in our Scotch whisky operations which, combined with consistent innovation and marketing, will continue to drive the growth of our business.”‘ 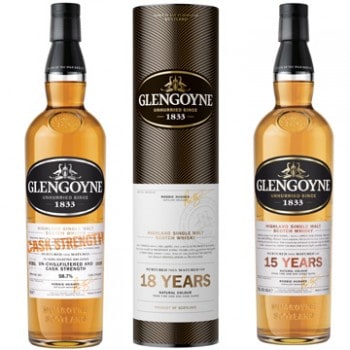 Next up, Glengoyne distillery has finally revamped their whisky collection. (In my opinion, the redesign of the labels was long overdue.)

“In addition to the 10yo, 12yo and 21yo, Glengoyne has introduced three new malts to complete the line-up – a new premium Glengoyne 15 year old malt, a new formidable cask strength expression to replace the current 12 year old cask-strength and a stunning new world-class 18 year old replacing the 17yo.”

Ever wondered about just who buys up very expensive bottles of single malt whisky? It’s not all hedge fund managers. This Canadian couple has just bought a $52,000 bottle of Glenfiddich Janet Sheed Roberts Reserve:

“Dave and Laurie (who didn’t want their last names used) from Etobicoke, Ont., were the winning bidders of the 55-year-old Scotch and the proceeds were donated to WoundedWarriors.ca, a not-for-profit organization that assists and improves the quality of life of wounded Canadian soldiers and their families.”

Finally, who doesn’t love a good whisky thief story? This idiot in Devon almost got away with it, if it wasn’t for the fact that he stopped to browse magazines:

“As he stood flipping through the magazine staff reviewed CCTV footage, saw Winston put the bottles in his backpack and called police. When police arrived Winston was still reading the magazine and was arrested. When police searched his bag they found the bottles with tin foil wrapped around the security tags.”