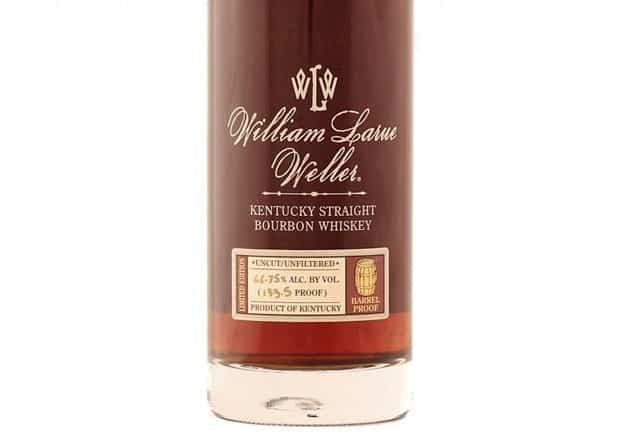 The William Larue Weller is part of the Buffalo Trace Antique Collection – a fine collection of whiskies that are released each autumn, and to great anticipation from whisky collectors. This whiskey is distilled at the Buffalo Trace distillery, in Frankfort, Kentucky.

Going back to 1849 when rye bourbons were common, the original dude, William LaRue Weller, made a blend from corn, malted barley and wheat, which gave a unique flavour profile to the drink. Today it’s still an unfiltered wheated bourbon, one which doesn’t contain rye, and which is bottled at a whopping – wait for it – 66.75% ABV. It’s a small-batch blend, made up of whiskies aged between 10 and 14 years old.

What’s particularly interesting about the 2011 William Larue Weller release is that it was deemed the second finest whisk(e)y of the year in Jim Murray’s 2013 Whisky Bible, one of the most respected (and argued over) tomes in the whisky world.

What did I think of it?

In the mouth: an intense hit of those same flavours. An uncanny resemblance to the nose. A real jam-like quality at first, those rich summer fruit flavours just lingering for ages, all wrapped in the heat and warmth of strong wood flavours. Then come the winter spices, ginger, cinnamon, nutmeg. The most bitter of dark chocolates. Hazelnut. Chewy, though fairly light on the tongue. Well-done toast. A delightful mineral note on the (very) long finish.

It really is superb stuff. Clearly a show-stopping whiskey, and one I’d whole-heartedly recommend. As for one of the best whiskies in the world? Well, I’d certainly put it up there as among some of the best I’ve tasted. If it had a little more weight in the mouth, some more viscosity, for me that really would have knocked my socks off.

Prices for this (or indeed the later releases) will vary depending on the retailer in question, but expect to pay a good £100 for one.

The life of the 2014 edition of the Whisky Bible is just beginning, but the first point of reference for 99% of readers are those..