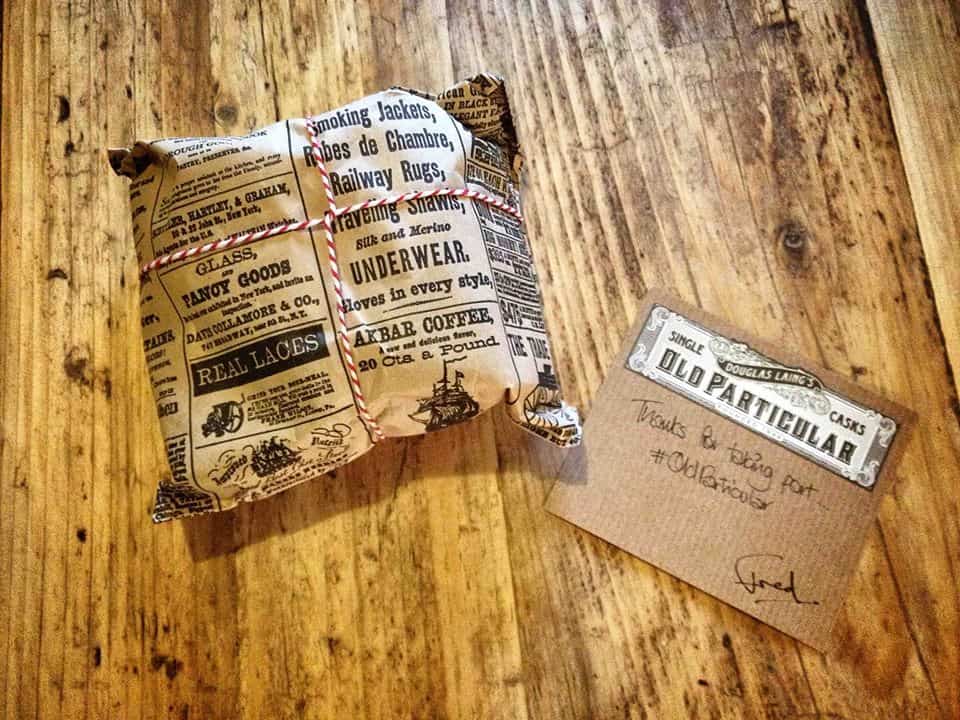 Good things come in small packages and that’s certainly the case with the Douglas Laing & Co ‘Old Particular’ Tweet Tasting package, pictured up there (or maybe not if you’re reading by RSS feed – get over here!). Thanks to Steve at The Whisky Wire and the folk at Douglas Laing for sending that package on. For those of you living in the last decade, a tweet tasting is basically loads of folk tweeting and discussing their impressions of a whisky, but without knowing what it is. An online blind tasting, which was held last night for the Old Particular single cask range. So here are my tasting notes, which came from before the name of the dram was announced.

On the nose: nicely aromatic even from a distance. Sweet apple notes from the off. Grapefruit. A really fruity Sauvignon Blanc. Gets more heady the more you stick your head in. Very jammy notes – plum and blackberry. Lots of sherried sweetness knocking about. Really quite a lot on the nose. In the mouth: yes, that all comes through quite nicely. A really embracing, full kiss of sherry there. Glenfarclas territory, if you know what I mean. Fruit smackers: sultanas, apricots, raisins. A little zippy around the mouth but impressive for the first dram. A little bitter wood towards the finish.

On the nose: More muted than the first. Much more a kind of heady wood and cream cheese aroma. Understated, yet subtle. There’s stuff going on, but it takes a while to open up to the slowly stewing fruits. Waxy. In the mouth: BOOM. Wasn’t expecting that. Nothing like the nose. Really heady flavours here, very intense and tightly bound together – difficult to pick apart. It’s like the blackberry jam and sourness you get with grapefruit as well as Pernod combine to form something new. Almost a cocktail hit, but kept under control by a strong wood influence. Menthol finish. It’s a curious one, but a belter.

On the nose: wow, radically different. Lighter, fresher (younger?) but still intense. Massive Jarlsberg cheese note there. Lively as hell. Minty zing. Coconut? No, but close. In the mouth it’s creamy, tender, yet full of a citrus fruitiness this time. Rose’s Lemon & Lime Marmalade! Vegetative. There’s a taste that reminds me of sweet cider. Brine. Very malty, peppery almost peaty finish, but there’s a lot of wood in this, I’d say – and it works. Fascinating dram.

Dram #4 Old Particular Glen Scotia 21 Year Old (51.5% ABV)
On the nose: way more understated than any of the others. Maybe more so compared to the previous dram. However, though it’s faint, it’s got depth. I got a lot of high end sharper fruits there. Cherries. Redcurrants. Blackcurrants. In the mouth: WAY better than that shy nose. A curiously treacly aniseed. Nope, like a mint-flavoured syrup. Very cool and crisp finish, which seems strange for a velvety dram. Chewy and malty.

On the nose: very statesmanlike. Creamy peatiness. Bold barley, a nice contrast to some of the sweeter drams tonight. Buttery. Rich and well rounded. This is why we drink whisky. In the mouth: come to papa. That’s a really interesting peated flavour, not quite like anything I’ve tasted. BBQ meats. Last of the summer fruits. Incredibly well balanced with gentle sweet peat. In fact, it’s almost a classically well-balanced peated whisky, but just turned up a notch in intensity. (The strength will do that, I’m sure.) Yet there’s almost a charred wood influence here, like really charred wood. Ashes from a woodburner. It’s actually pretty nice if you like that kind of thing. And I do.

Summary: This is a very good range of whiskies. I’m not just saying that out of gratitude for the samples, but every single one of these whiskies was either good or very good. 5 out of 5, though the Bowmore and the Glen Ord were the most interesting to me. That shows that someone at the helm knows exactly what they’re doing. To be honest, you could try any of these depending on your budget and following your whims. I only hope this is an ongoing range, as I whole-heartedly recommend it. 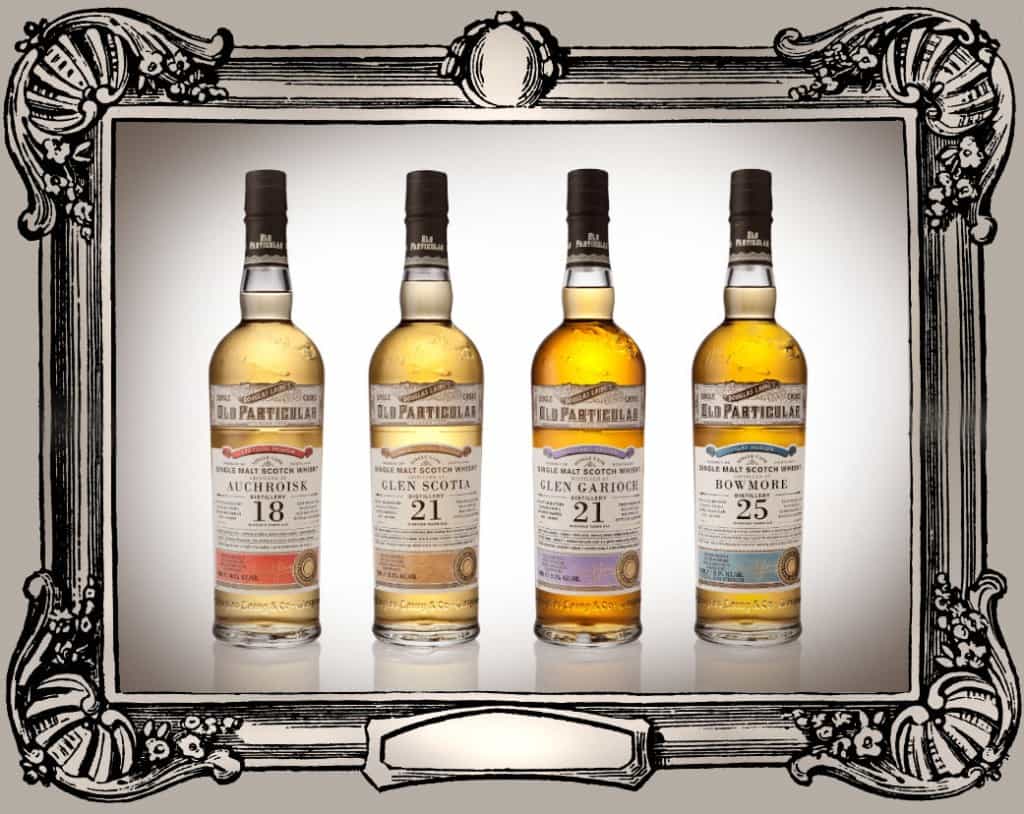