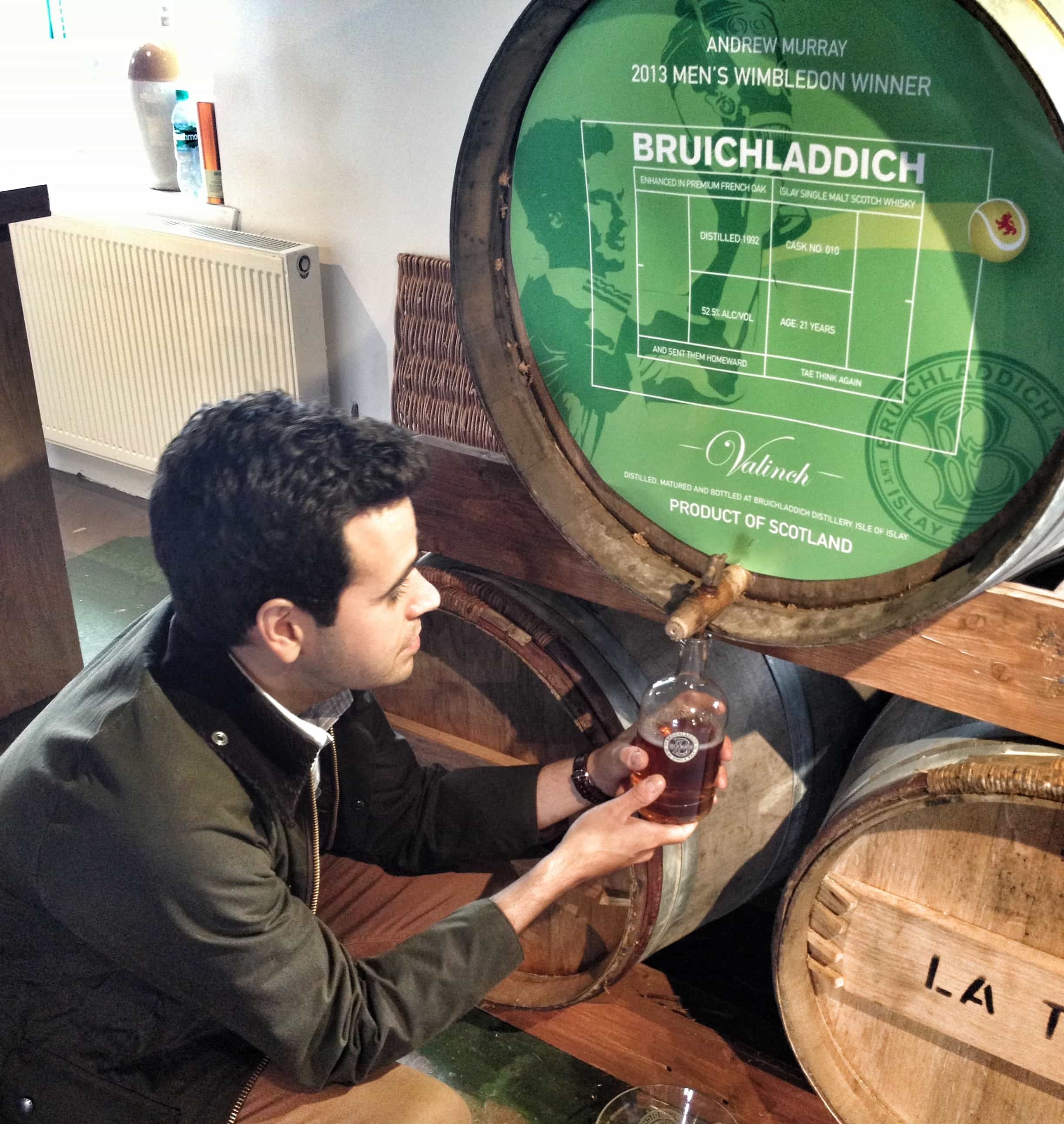 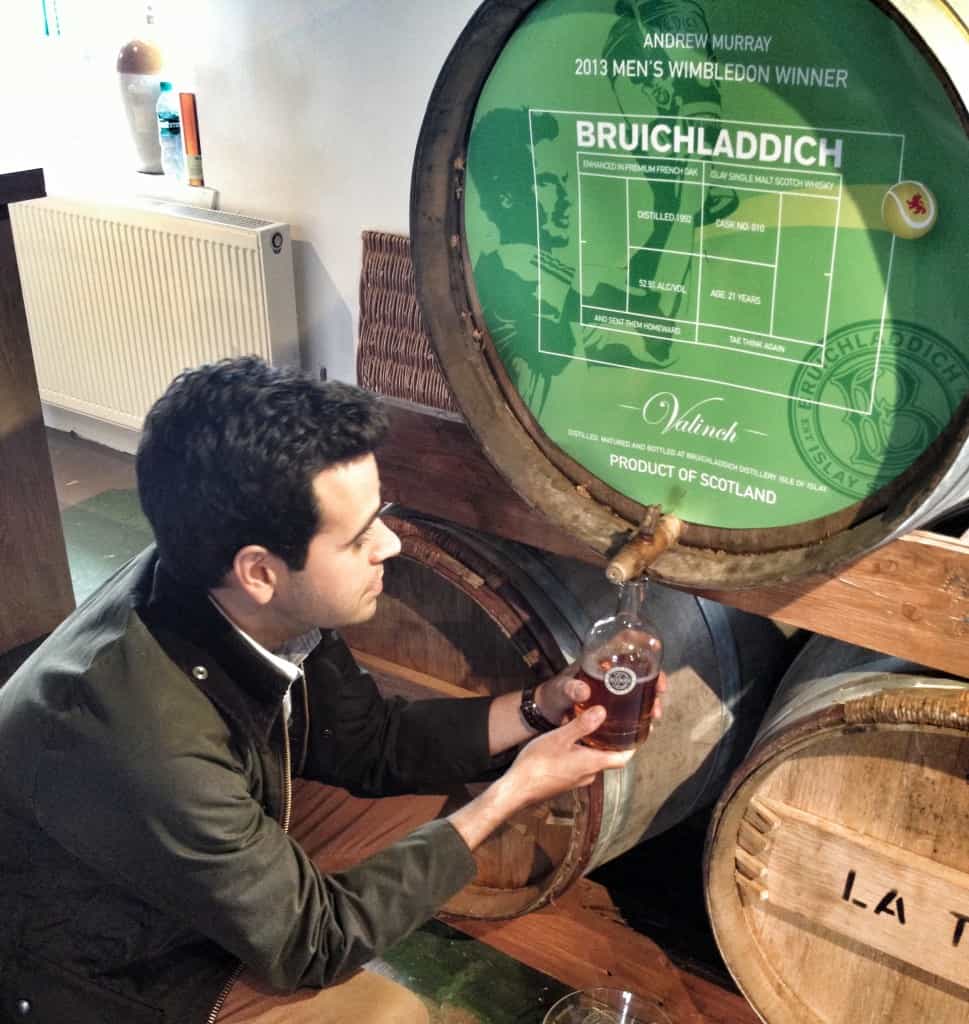 I had been saving this for a special occasion, and the special occasion ended up being that I wanted to open it. Earlier in the year I visited Bruichladdich distillery on Islay and had a splendid time of things. While I was there, I picked up the distillery bottling, which you could fill up yourself from the cask in the store. (That’s me pictured filling up my bottle.)

That act, really, makes this more about the memories than the whisky, as you’ll not easily track a bottle of this down. So why am I reviewing it? Because I opened it, mainly. But I wanted to raise the idea, once again, that it’s bloody cool to be able to bottle your own whisky when you visit a distillery. It makes the trip all that more memorable. Plus the act is almost ritualistic, and gives you not just a memory but a connection. In the age of the commercial branding for whiskies, where single malts are being churned out by the tanker load, that means something.

Colour: heading into the darker phases of amber with this, almost heather honey, but there’s a red hue – not quite a sunset. On the nose: raisins, maple syrup. There’s plenty of depth of sweetness, with stewed apples, a little treacle sponge.

In the mouth: this is smoother than a George Clooney chat-up line. In fact, I hate using that word ‘smooth’ because it’s so overused. But this time, I deploy it wholeheartedly. It’s probably the smoothest, most velvety whisky I’ve had in a good year or so. I’m a texture man – that’s what makes me excited most of all about a whisky – and this does some really interesting stuff. Whizz it around your mouth and you get some wonderfully chewy fruits, though it’s not as thick as some Bruichladdich whiskies. It’s viscous, yes. It clings. It settles into your tastebuds, whacking them with those core syrup notes. Dried fruits galore, this is one for those who appreciate your sweet beasts. Towards the end: Assam (single estate loose-leaf tea, none of that bagged nonsense). Perhaps the woodiness pokes its head through the door when you’d thought it had gone, but that doesn’t detract from some very nice peppery warmth to finish on. And which surprises for such a sweet and velvety whisky.