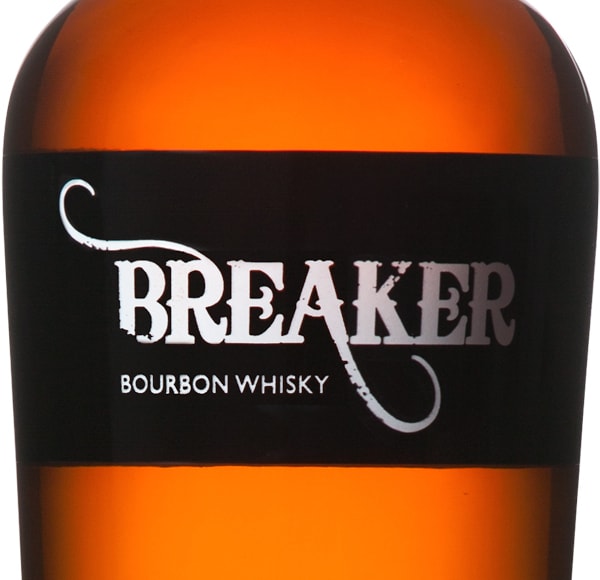 On a getaway to Santa Barbara, a quaint, moneyed town heavily-influenced by its Spanish mission past, I escaped the horror of sharing a hotel room with three children aged three-and-under (by leaving them to my spouse) so that I could go down and “work” at the hotel bar. With a sigh of relief, I sat down and scanned their whiskey selection. The bartender, an amiable man who I’m willing to bet keeps an actor’s head shot somewhere behind the bottles, offered me a glass of a local whiskey called Breaker Bourbon. I couldn’t resist the opportunity to try something local and was very glad I did. More on that in a bit. Excited to read up on this whiskey and its distillery, Ascendant Spirits, I discovered a tale of intrigue and betrayal. At least, that’s how some blogging aficionados have painted it.

According to bourbon authority Chuck Cowdery, author of Bourbon, Straight: The Uncut and Unfiltered Story of American Whiskey, thirteen large distilleries make 99.9% of all the bourbon in the U.S. The remaining 1/10 of 1% is made by micro-distillers. Breaker Bourbon was created, in large part, not from Santa Barbara’s Ascendant Distillery but from MGP Ingredients in Lawrenceburg, Indiana. Yes, Indiana, not California. Cue the strike of violins.

So who is MGP? Originally Seagram’s, this distillery changed hands over the years to eventually become MGP Ingredients in 2011. They make vodka, gin and several types of whiskey including rye and bourbon. Of those thirteen mega-distilleries it’s the only one who doesn’t put out its own label. MGP creates mash bills and does some aging in its warehouse, but for any additional aging (if so desired) and all bottling, customers like Ascendant take over. Nor is Ascendant its only customer. Several other famous brands are actually MGP products. For example, they make a 95% rye that’s bottled as Templeton Rye and as Bulleit Rye (a staple of my home bar). High West and Diageo are also counted among their customers. Some companies are quite open about this and some, understandably, prefer to keep it on the down-low. Ascendant is one of those distilleries whose website uses wording that makes it seem like the whole process is done on site. To be fair, it’s not the only customer of MGP’s that does so. I decided to give Ascendant Spirits a call and see how skittish they would be on the topic. They turned out to be perfectly open about things, clarifying for me how much of the process is actually handled on site and by their master distiller Stephen Gertman. Shelly Pinoli, the office manager at Ascendant Spirits, set things straight: “We choose eight barrels from roughly twelve barrels of whiskey (obtained from MGP and now on site), and our master distiller blends together the whiskey from those eight barrels according to his taste. We then proof the blend down and bottle it.”

So it’s more than just slapping their name on a finished bottle, and I was glad to know it. I admit I was a bit disillusioned to discover the prevalent use of bulk producers and how few whiskeys are actually made by micro-distillers, but apparently that’s the way things here are these days. Now that it’s out there, it’s much like finding out there is no Santa Claus: my romanticized approach to the subject has been deflated, but I still get 90-proof gifts under the tree.

Made from a mash bill of corn, rye and barley, from whiskeys barreled at least 5 years and bottled at 90 proof.

Nose: Floral up front, a happy phantom of vanilla trailing behind.

Mouth: Sweet and buttery on the first sip, immediately redolent of childhood forays to the 3rd floor of Hutzlers’ department store, where the scent wafting from the confectionery with its brightly-lit cases full of gorgeous things greeted you as the elevator doors slid open. No dark flavors here. Candied jasmine on the second sip and, on the third, a surprisingly intense and singular taste of digestive biscuits, Papadopoulos Petit-Buerre Biscuits to be precise. Because I know you’re wondering, here’s a link: Strange, whiskey strongly evokes so many memories of childhood…

Who’s to know if the success found in a glass of Breaker Bourbon can be credited to the magic performed behind the black curtain at MGP or to all that heavy breathing Ascendant claims its barrels do thanks to the coastal humidity along the Santa Rita hills. It’s probably both, a collaborative effort that yielded an exceptional spirit.