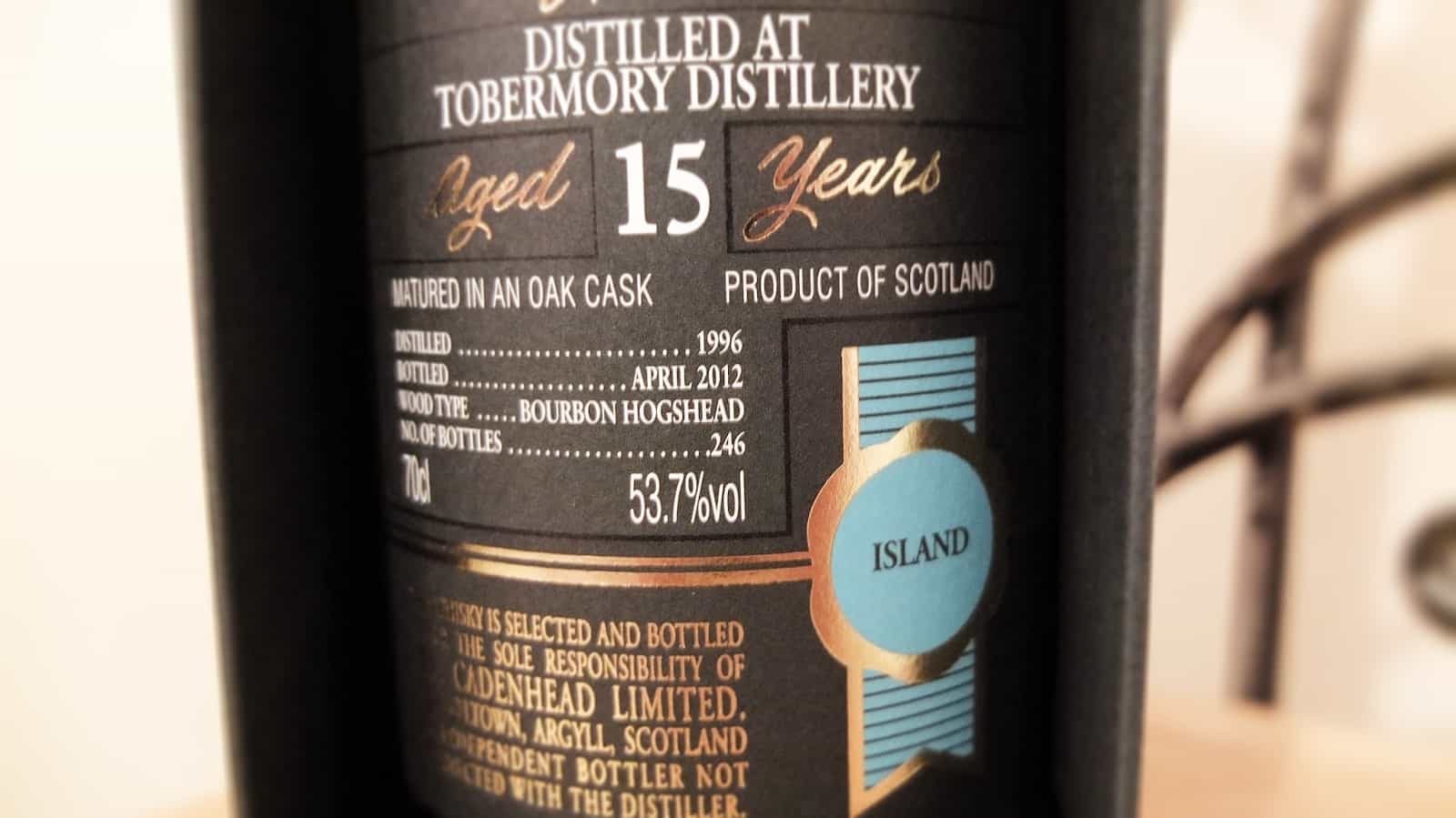 What can I tell you about the little heard Tobermory distillery? Well, it’s located on the Isle of Mull, which is pretty much as far out as you can get on Scotland. It’s a Hebridean gem, a little like Islay, but with far fewer distilleries. Founded in 1798, Tobermory used to go under the name Ledaig and is now owned by Burn Stewart Distillers LTD. Its whisky is generally unpeated, and when distilled it matures over at Deanston distillery.

But despite the heritage, I think it’s safe to say that Tobermory certainly isn’t one of the most trendy distilleries in the world. Despite it’s charm and position, it’s probably not all that heard of. This particular bottle of Tobermory is another Cadenhead release, distilled in 1996, matured in an oak casks and bottled in April 2012 at 53.7%. A bottle will cost you £52. Any good?

In the mouth: surprisingly different than the nose with the first hit. There’s still a lot of youth here, lots of maltiness, juiciness and so forth, but with a promising syrupy sweetness. There’s a nice texture to it – half way to getting that velvety heft you get with the Bruichladdich Islay Barley series. And in fact, the taste profile is not all that far removed from the same range. A lot of earthiness, mossiness, vegetativeness. A certain mineral quality. We’ve not got a huge amount of complexity yet, but I’d be intrigued as to seeing what this would be like after it’s been in some other casks. This is interesting stuff, and probably worth a crack at £52.

This was actually a sample exchange from fellow scribe Whisky Rover – go read his review!

Fashion by nature invades every nook and cranny, it clearly is the case that whisky isn’t immune to the trends and spotlights of the fashionistas. Some..