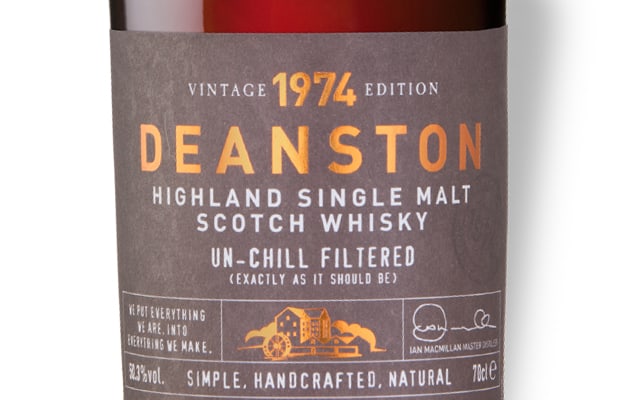 I’ve tried a couple of Deanston single malt whiskies before, and enjoyed them both. But this one is something special. It’s 37 years old, for a start, and has spent its life in Oloroso sherry casks. Given that the distillery only opened in the mid 1960s when it was converted from a cotton mill – on the banks of the River Teith just beyond Stirling – then this is a genuine glimpse into the early days of the distillery. What’s more, only 102 bottles were ever produced.

This came from a sample sent to me by Whisky Rover, who talks a little about the bottle he bought as a rare, rare treat for himself when the visitor centre reopened in 2012. It’s pricey, at an eye-watering £850 a bottle. It also comes in a 50.3% ABV, which seems nicely robust for 37 years (the Glenglassaugh 43 Year Old I tried recently was just over 40%). 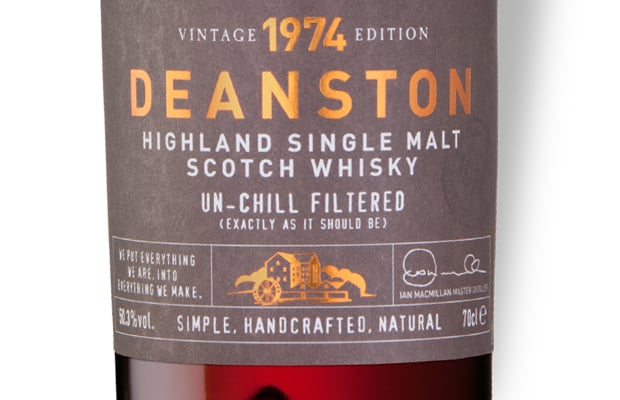 In the mouth: all of that noes comes through again delightfully, with the sweetness dominating the first half. Madeira, blackberry jam, almond butter. Yes, dried fruits, but that’s more of a sideshow. Quite a light and velvety texture – properly elegant, in fact, as it sort of oozes around your mouth in a very tender way. Pencil boxes again, and cooked veg, with peaches in syrup and burnt toast. A warming, gently spiced finish that goes on and on.

It’s exquisite, absolutely sublime. A grand old whisky from a distillery that likes to do things the old-fashioned way. Go and see what the Whisky Rover has to say about it.