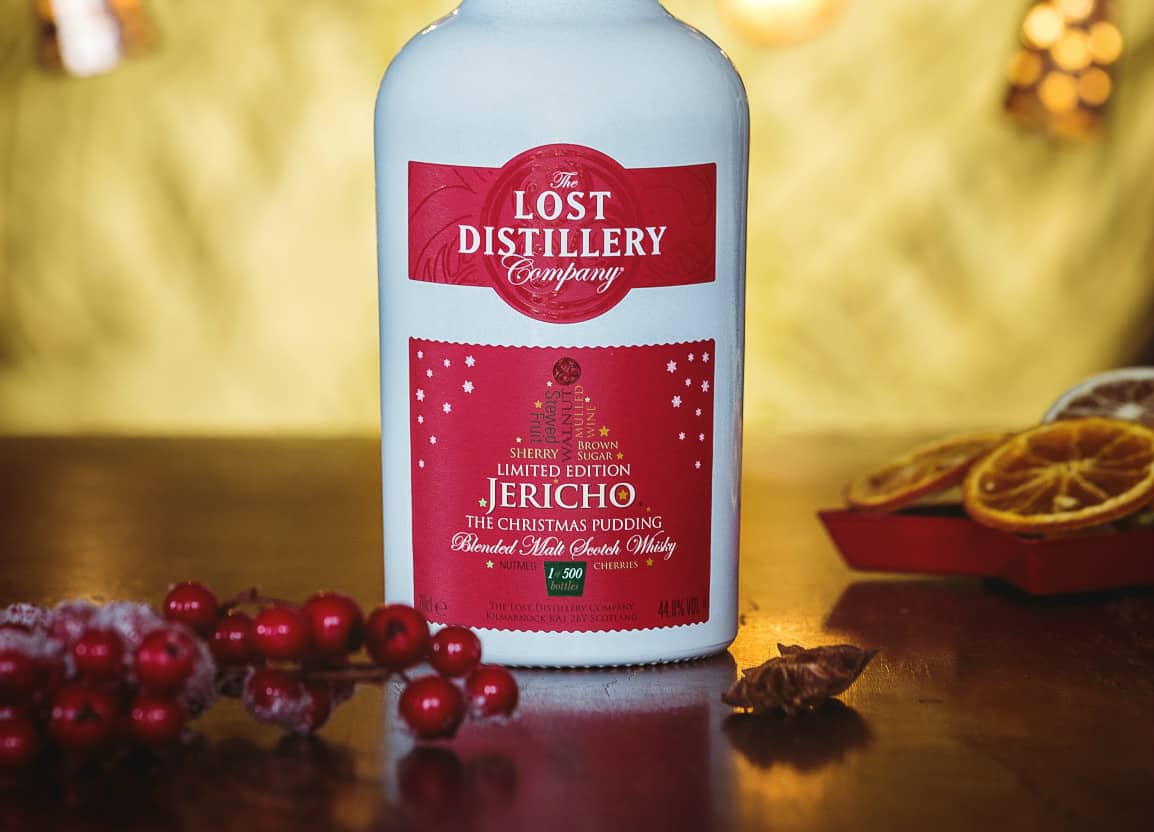 It’s hard to imagine what life must have been like on a wild winter evening, 1912 or thereabouts, at Nether Jericho farm distillery. I bet a fair few bitter winds would have blow from the North Sea towards the nearby village of Insch, Aberdeenshire. The great Alfred Barnard described his journey there as “one of the most bleak and loneliest we have traversed”. Carts would probably be pulled back and forth through the snow to the railway station at Insch, where casks would be taken under chilling starlight towards Aberdeen. Such activity at Nether Jericho – or once Benachie as it was known when founded in 1824 – could not have been especially profitable. It must have been a tough old life, for all this ceased the following year in 1913.

But let’s not get miserable about it – it’s Christmas! We have a Christmassy whisky to talk about, and in an aptly Dickensian manner we are revisiting the ghosts of Christmas past.

The Lost Distillery Company is an interesting whisky businesses. This boutique operation styles its blended whiskies on those produced by long-lost distilleries, such as Jericho. Now, clearly they’re not expensive recreations based on old samples, as there isn’t any whisky available from these distilleries. So what they’ve done is good old-fashioned research, trying to bring together a blend based on still styles, barley varieties, the peat that was available and so on. I imagine for whisky nerds such as myself, these people would be very interesting to talk to for many hours…

And for Christmas they’re releasing a limited edition whisky based on their Jericho blend – the Jericho Christmas Pudding blended malt whisky, which is bottled at 44.8% ABV and costs about £50. (As an aside, since the 1990s there has been a range of ‘Bennachie’ blended malts, the distillery’s previous name, but any commercial efforts to resurrect the distillery itself faded around the time that the Beatles had their first number one hit.) 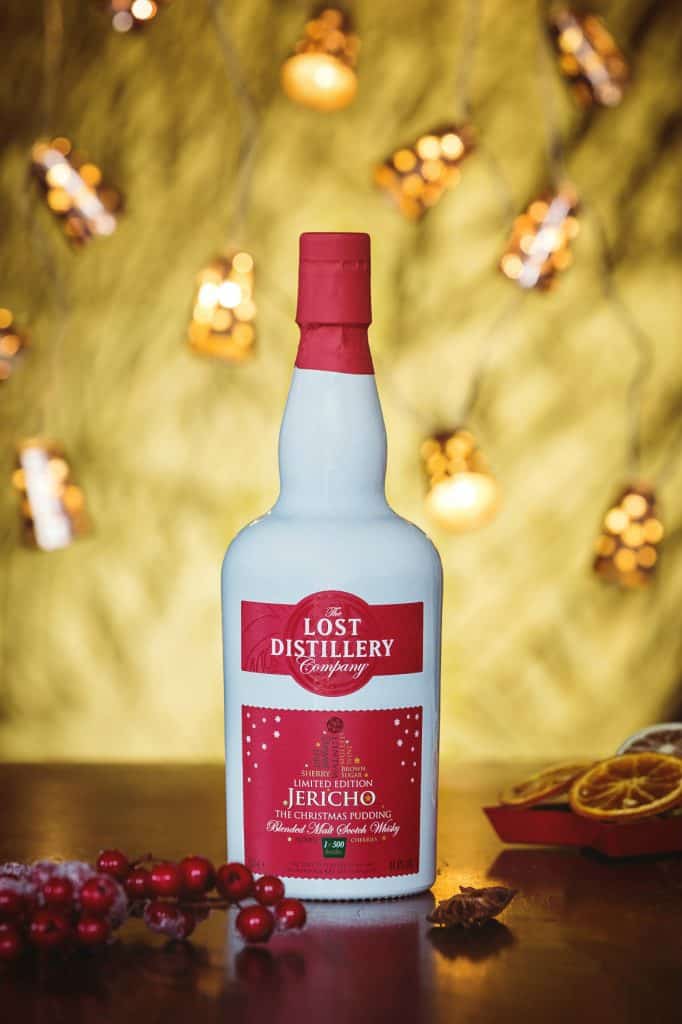 I have a soft spot for these themed whiskies such as the Jericho Christmas Pudding. You kind of know roughly what to expect and this delivers that expectation perfectly. This is easy-drinking fun, with a talking point around it. I can imagine this would be a lot of fun to share in the winter months, and is definitely worth a punt.

Now, I should really investigate more whiskies from The Lost Distillery Company… 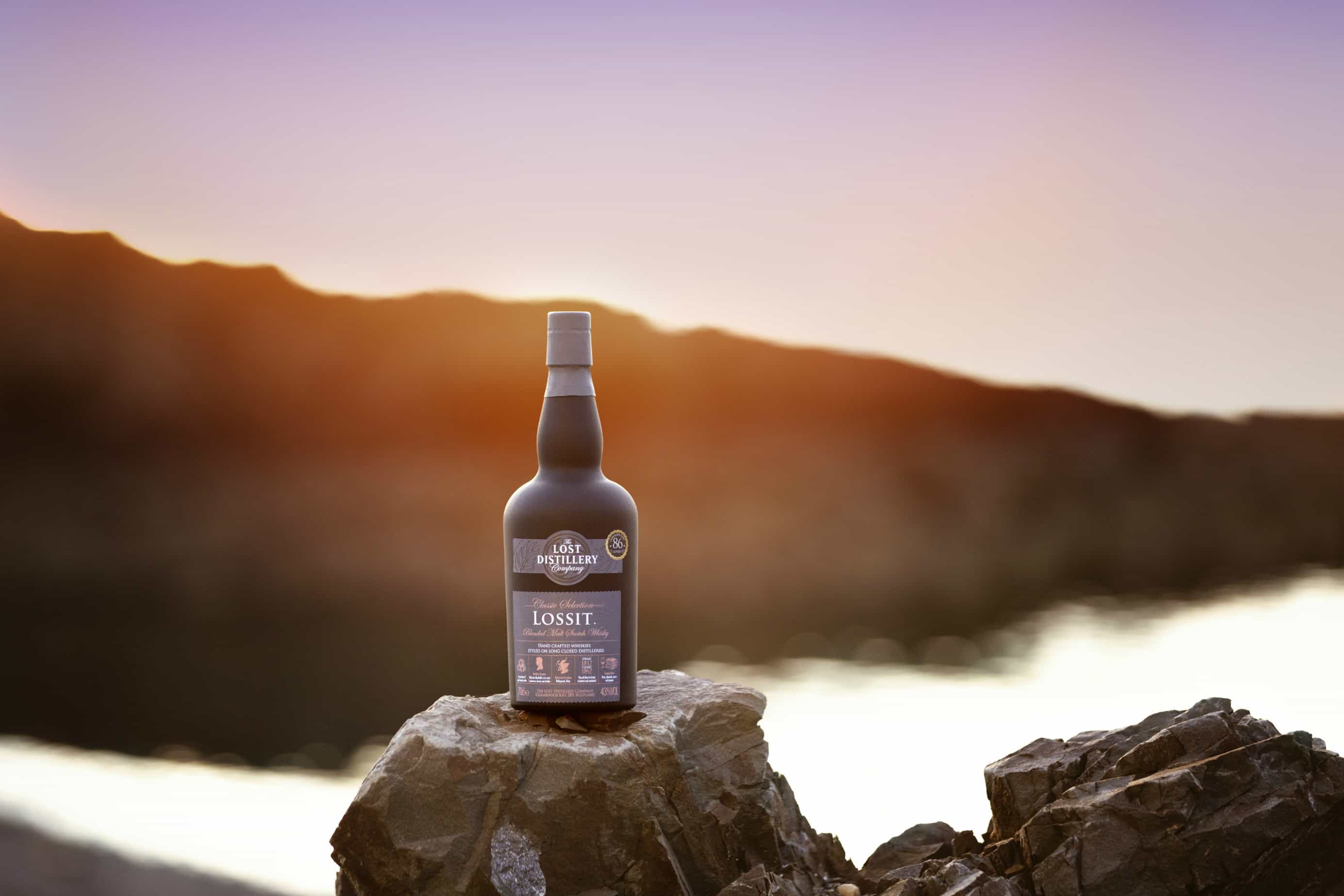