Bowmore has not rocked my world in recent years. Time and time again I hear from other whisky fans that the whisky released at Bowmore is not as great as it was in the past. It’s a shame really, as you occasionally stumble across fantastic single cask Bowmores, and it wasn’t too long ago that it was putting out some pretty decent-value offerings itself. (To be fair, I still think the 12 Year Old is a good whisky.) So what about these great Bowmores of yesteryear? Today’s Bowmore 30 Year Old Sea Dragon is certainly a good example of the past. 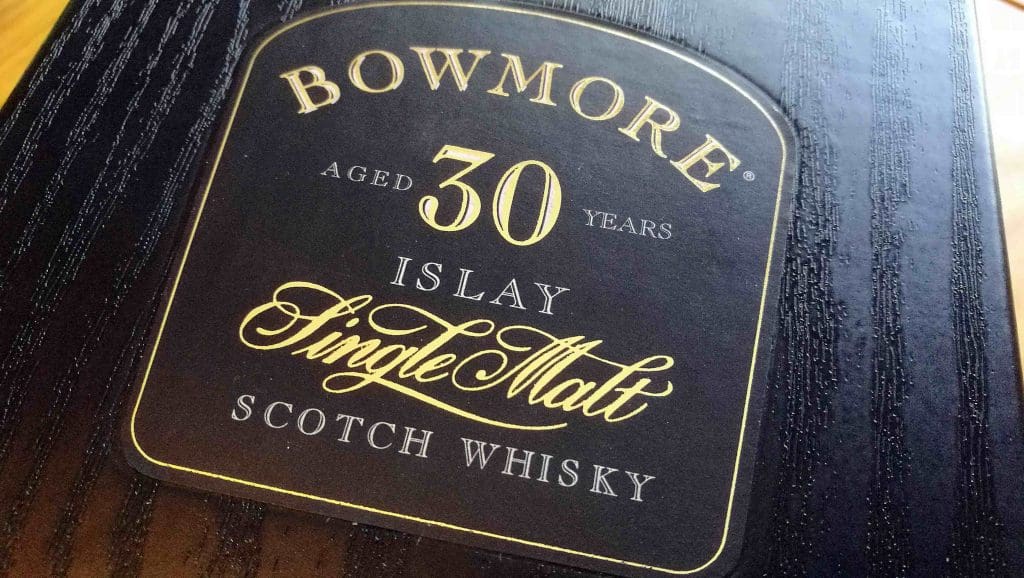 The Sea Dragon comes in a fancy black ceramic bottle, and its packaging showcases the type of Islay mythology that started to spam many Ardbeg bottles shortly after. The story around the Sea Dragon concerns “the greatest Scottish warrior of all” – a chap called Fionn mac Cumhaill, or Fingal to his friends. Fionn picked up one of the standing stones at Ardbeg and lobbed it “halfway across the island” and into Loch Indaal for his massive hounds, Bran and Sceolang, to retrieve. (Rather yobbish behaviour, if you ask me.) Anyway, that stone awoke a sea dragon called Kranna Dubh, which promptly lumbered up to the shore at Bowmore, and engaged in fisticuffs with Fionn. Of course, Fionn had a magical sword, which was a bit unfair when you think about it, and sent the dragon back into the loch with its tail between its legs.

Bowmore Sea Dragon is rather famous, not least because it was one of the early premium bottlings from the distillery (Black Bowmore aside). It’s also an example of what’s meant to be Bowmore at its finest, using whisky distilled in the 1960s. That means many of these bottles are sought after by collectors. However, a few of us clubbed together to get this thing liberated, though Whisky Rover got his hands on the bottle and did the actual rescuing and opening. We’re of the opinion that this bottle is either the 1996 or 2003 version – there were a few it seems, though we cannot be certain. The bottle code for this is B230 – if anyone knows what that means, then do let me know.

Bottled at 43% ABV, expect to pay a good couple of grand if you want one from a shop, but you can probably get them at auction from upwards of £700. 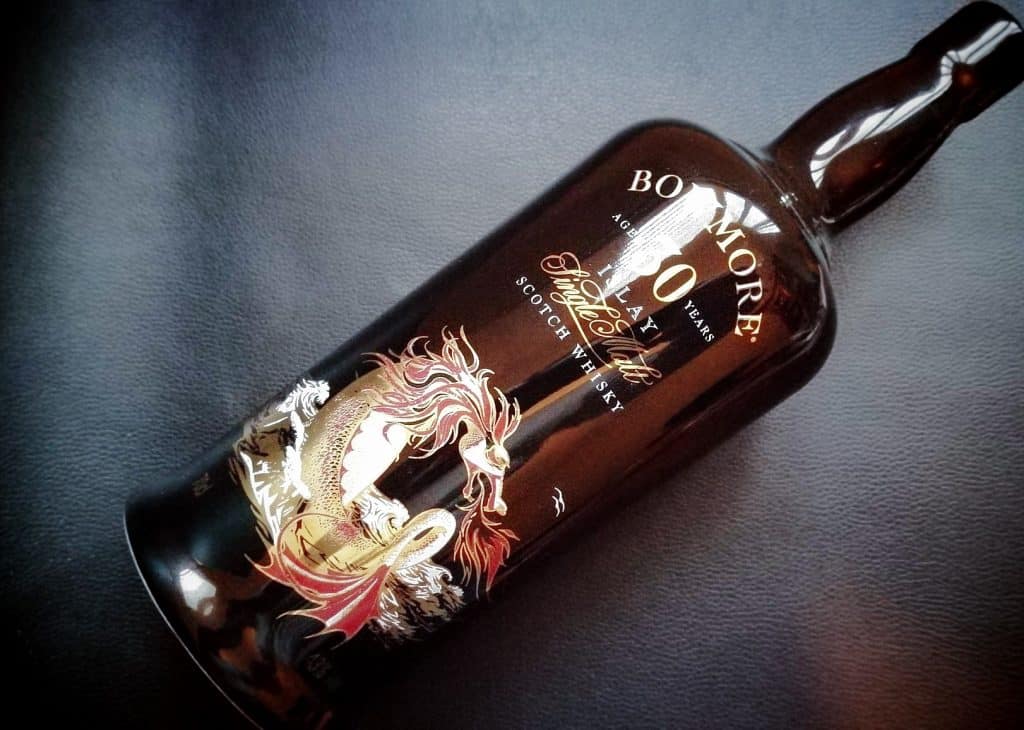 In the mouth: Peat diminishes with age, so this becomes quite an elemental whisky: sea weed, plenty of earthy notes, black tea. Leather and tobacco. There are elements of sulphur, but which complement the whisky. Pencils. Maybe a touch of elderberry. The dirty coal-like quality from the nose follows, but it only augments the earthiness of this dram. A medium texture, and a medium to short finish. The fruit isn’t anywhere near as strong as on the nose, and I think it’s that lack of fruit and sweetness here that just takes away from the balance.

Although I don’t think the taste is quite as good as the nose, it remains fascinating whisky and is just ahead of some of the Bowmores I’ve tried in recent times. Good, but not a high scorer. Personally, it isn’t worth the money you’d pay at auction for this, but then again this is likely to move from one collector’s shelf to another for the most part, such is the way of things these days.

I wonder if the other batches were better?

Generally nowadays if I’m asked what whiskies I would like to try on my dream list I just reply Tormore. Yes, its a lazy answer.. 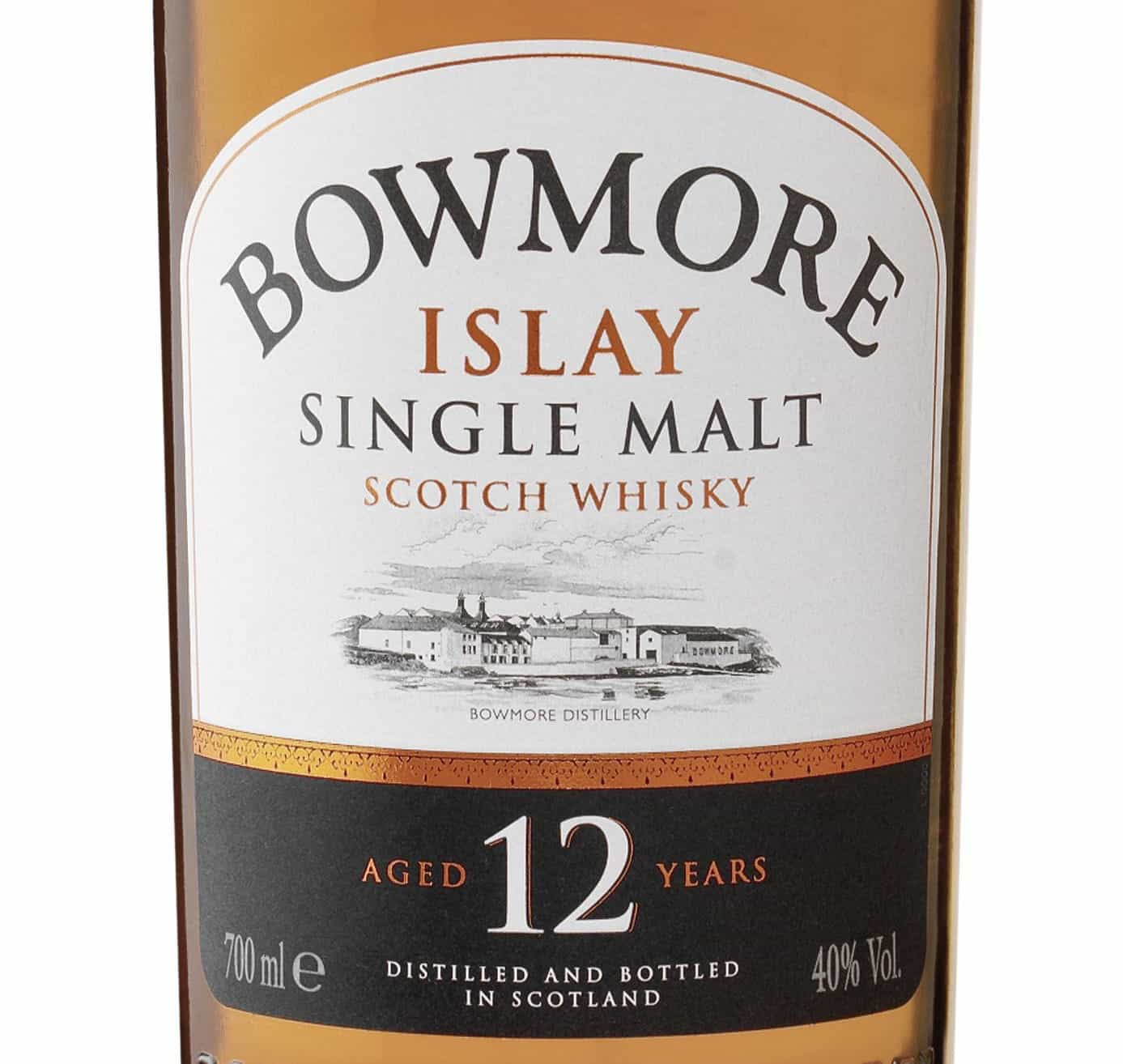