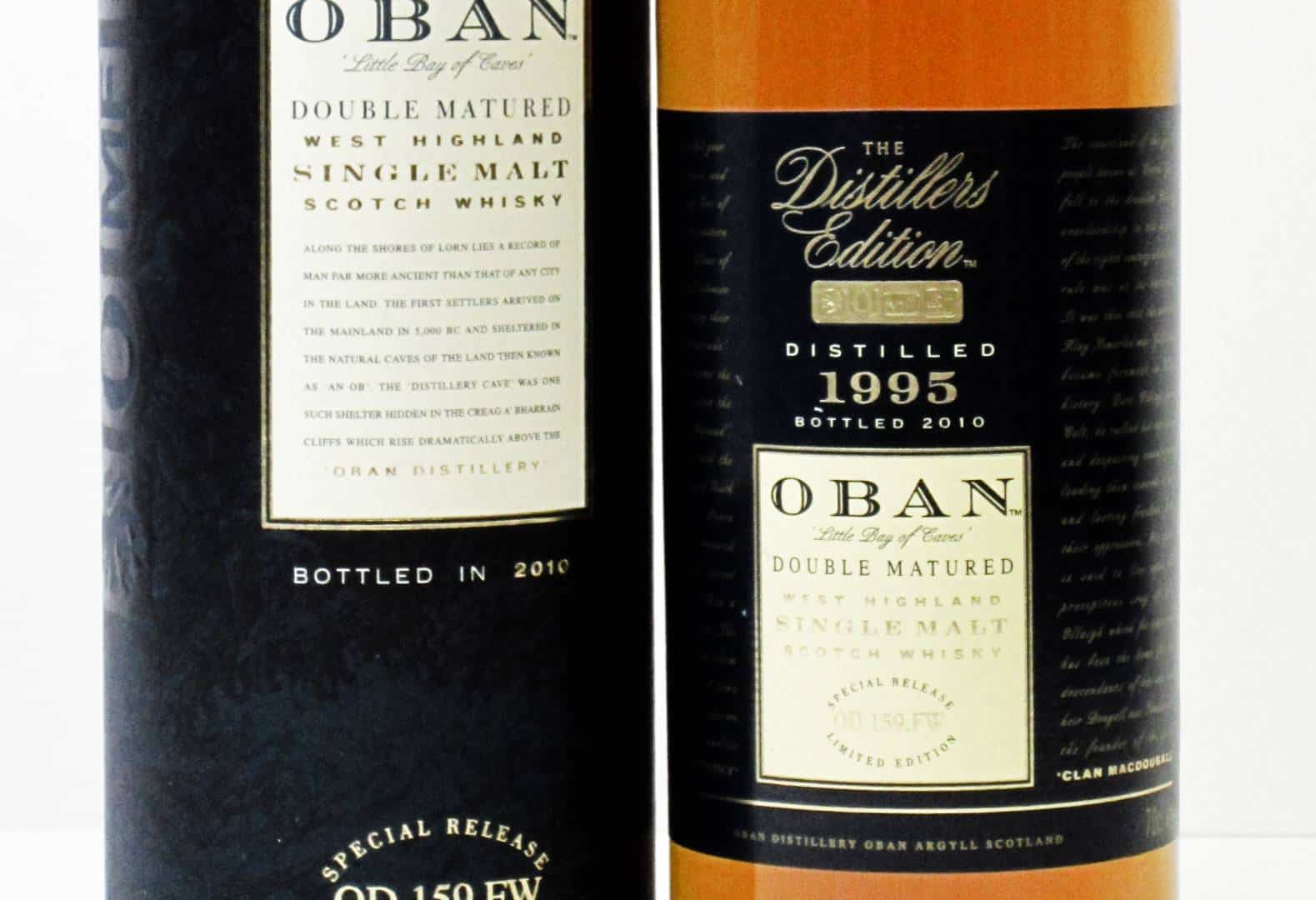 A couple of years ago I visited Oban, on the west coast of Scotland. The town was very attractive, but like so many British seaside places still seems to suffer from the blight of cheap, rusting arcades and bizarre shops that are more like hangovers from the 1960s.

The distillery itself seemed a little too neat and clinical – you know, the kind of thing that was geared up for tourists, so I didn’t hang around for too long. And there’s something strange about having rows and rows of the same single malt bottle on display. I say this because I also visited the Springbank distillery that same holiday, which was very earthy and lo-fi (with no computers at all) – a wonderful place to visit if you’re ever in the area. That was finished off with a trip to the local whisky shop where you could sample some drams and buy from a wide selection.

But anyway, let that not colour any judgment of Oban whisky itself. This is the 1995 Distillers Edition, which has been double-matured in Montilla sherry casks.

Colour: cider, honey. On the nose: sherry, touch of citrus, gentle toffee, but pretty much all about the sherry.

In the mouth: about as crisp, clean and clear as a whisky can get, with the sherry notes you’d expect. Not too heavy in the mouth, but a little dry. It lacks a little complexity, if I’m honest, but there’s a nice balance of heavy malt against the sweetness of the cask, with a touch of iodine on the finish.

All in all, a very tidy dram, but nothing particularly revolutionary. Bottles of this are knocking about for around £45-£50.