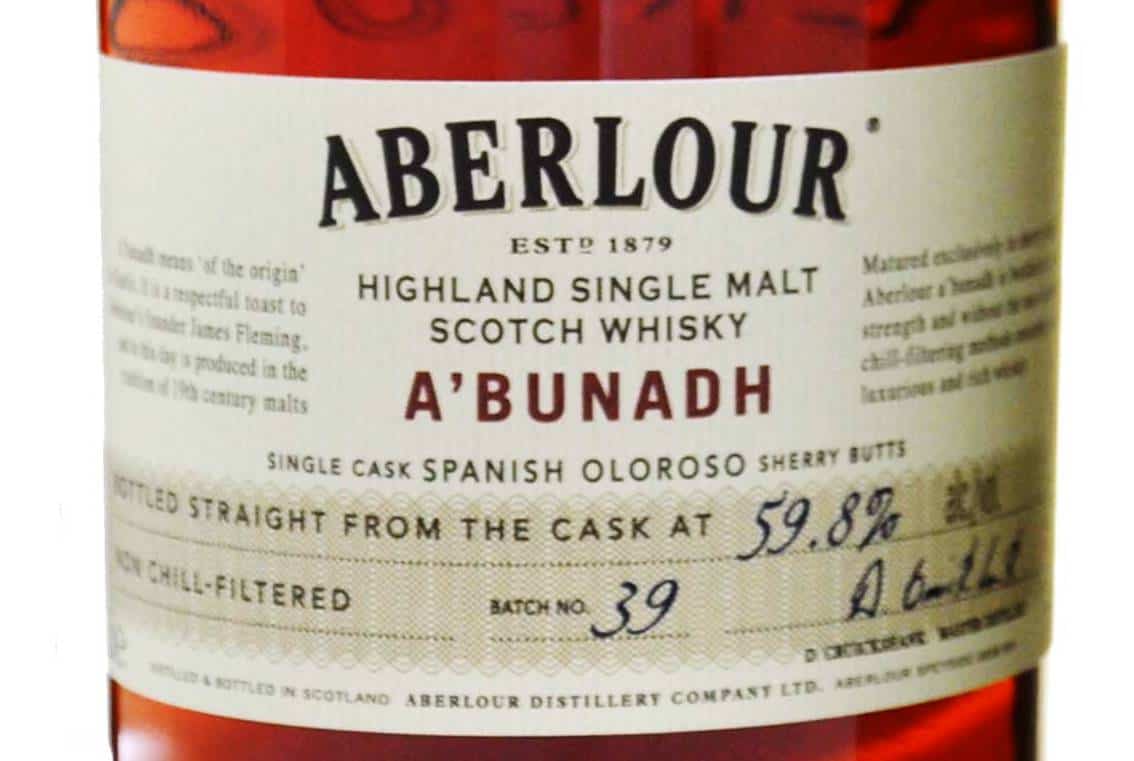 Recently I got into a row with some dude who was convinced single malt whisky came only at 40% alcohol-by-volume. Which is, of course, bollocks. I was willing to bet a lot of money that he was wrong, but he was so adamant he was right, he refused to even bet on it. Such conviction!

For the uninitiated, single malt whisky legally has to be bottled at a minimum of 40%. And indeed a lot of it comes bottled at that strength, but it’s usually been watered down for cheapness and mass-market consistency. (Incidentally, I find it strange that people add water to dilute whisky to below 40%, because then it is technically no longer whisky, surely?) Whisky, in the barrel, comes much stronger – way above 40%. And that level, beautiful things start to happen. At cask-strength, around 60–65%, where single malt whisky can be found at a more undiluted purity, and you find some incredible, eye-watering taste sensations.

So onwards to the Aberlour a’Bunadh Batch 37 (bottled at 59.60%), a cask-strength Aberlour (‘Abba-LOW-errr’) release that really is cracking value for money. It’s actually a recreation of a much older whisky, from the 19th century, as explained here by the chaps at Master of Malt, and finished in Oloroso sherry casks.

Colour: copper-bottomed saucepan to heather honey. On the nose: you can smell it a mile off. (Warning: at cask strength, don’t stick your nose too far in…) Rich treacly, spicy, oak, caramel – lovely stuff.

In the mouth: sweet Jesus. Dried fruits drenched in syrup. Back in for seconds and you find some chewy malts behind that, but there’s still a whole host of sherry effects there (the Oloroso butts doing their thing). It’s like the Glenfarclas 15 Year Old, but squared, with an even better texture: a silky, weighty dram. Let the eye-watering strength pass and let the lingering peppered finish wrap around your face – one for a chilly spring evening, this. A belter.

You can pick a bottle up for around £35, which is great, because you’d expect to pay twice that for such flavours.