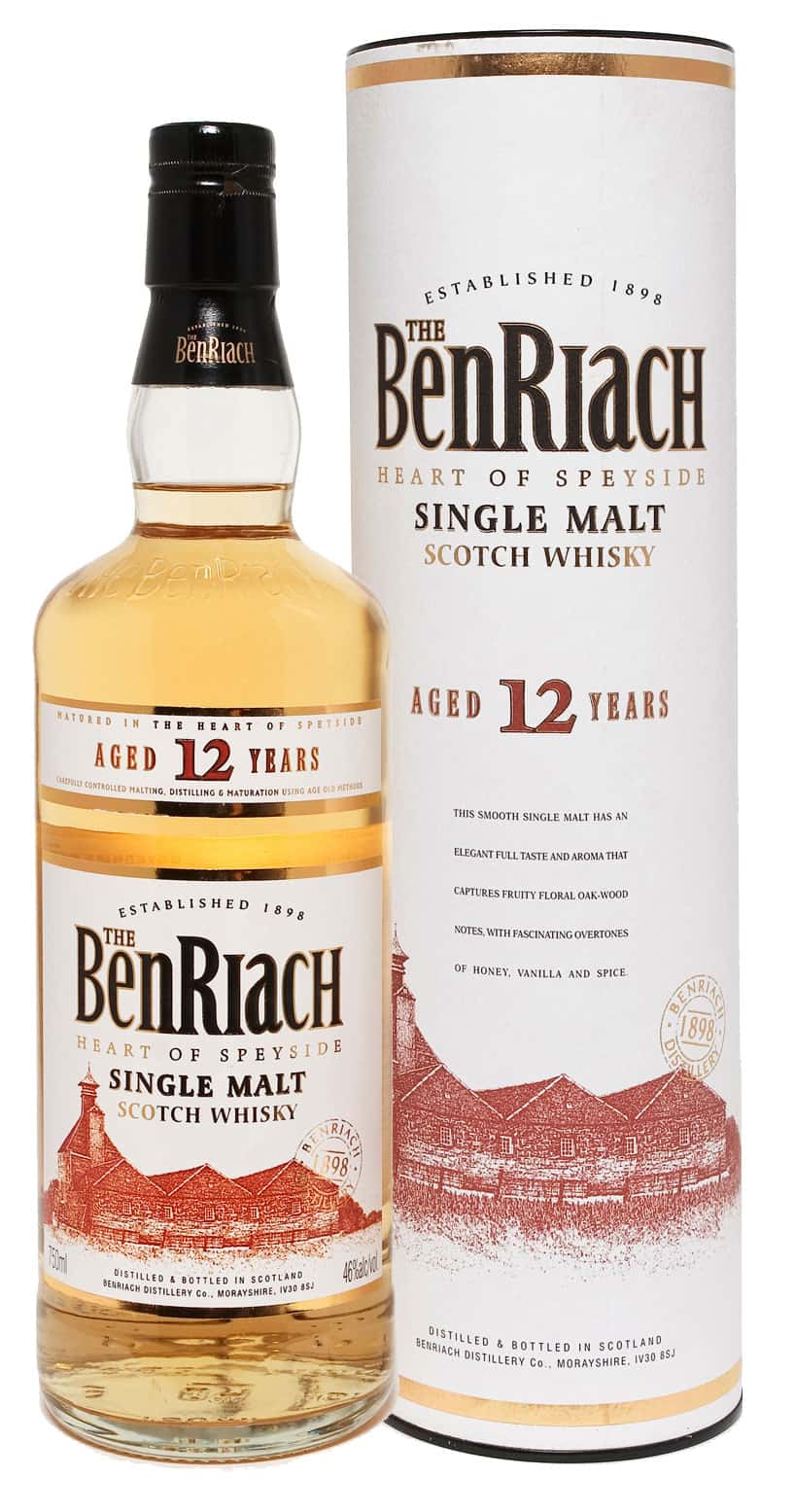 BenRiach is located in the heart of Speyside, a very industrious part of the whisky world. Even though established in 1898, BenRiach was, until 2004, owned by the Chivas Brothers – in turn owned by Pernod Ricard, who own Scapa, The Glenlivet, Aberlour, Jameson Irish Whiskey, Royal Salute whisky, Ballantine’s Scotch whisky… you get the idea. We’re not talking little quality indies here. We’re talking a giant of the industry. And Chivas Regal is that blend you see behind every lifeless hotel bar no matter where you are in the world, but you’re usually too tired to care. It’s one of those ones that sells itself more as a lifestyle choice / luxury drinks brand.

Anyway, BenRiach was liberated from all of this, and since 2004 has been producing its own independent single malt whisky. I’m starting off with the standard 12 Year Old whisky, though I have a couple of other samples to try later on as I want to get a proper feel for the distillery.

Enough waffling, onto the whisky. Colour: light gold, more a pale yellow than orange. Swirl it around and there are some fast oily streaks. On the nose: sweet as Christmas cake. Rich dark sugar. Rum. Sea spray. Butter. Oak. Zingy.

In the mouth: clean, chewy, balanced. This is interesting, because nothing dominates – there’s a good mix of malt, heather honey, cream cheese, a different kind of sweetness to the nose. This is more of a bitter, dark chocolate sweetness. Touch of grapefruit on the finish, that Sauvignon Blanc edge. Overall – and for the average price of £25 notes – this is really good. And what’s more, I’d recommend this to newcomers to whisky. It’s easy to drink and the flavours are easy to pick out. 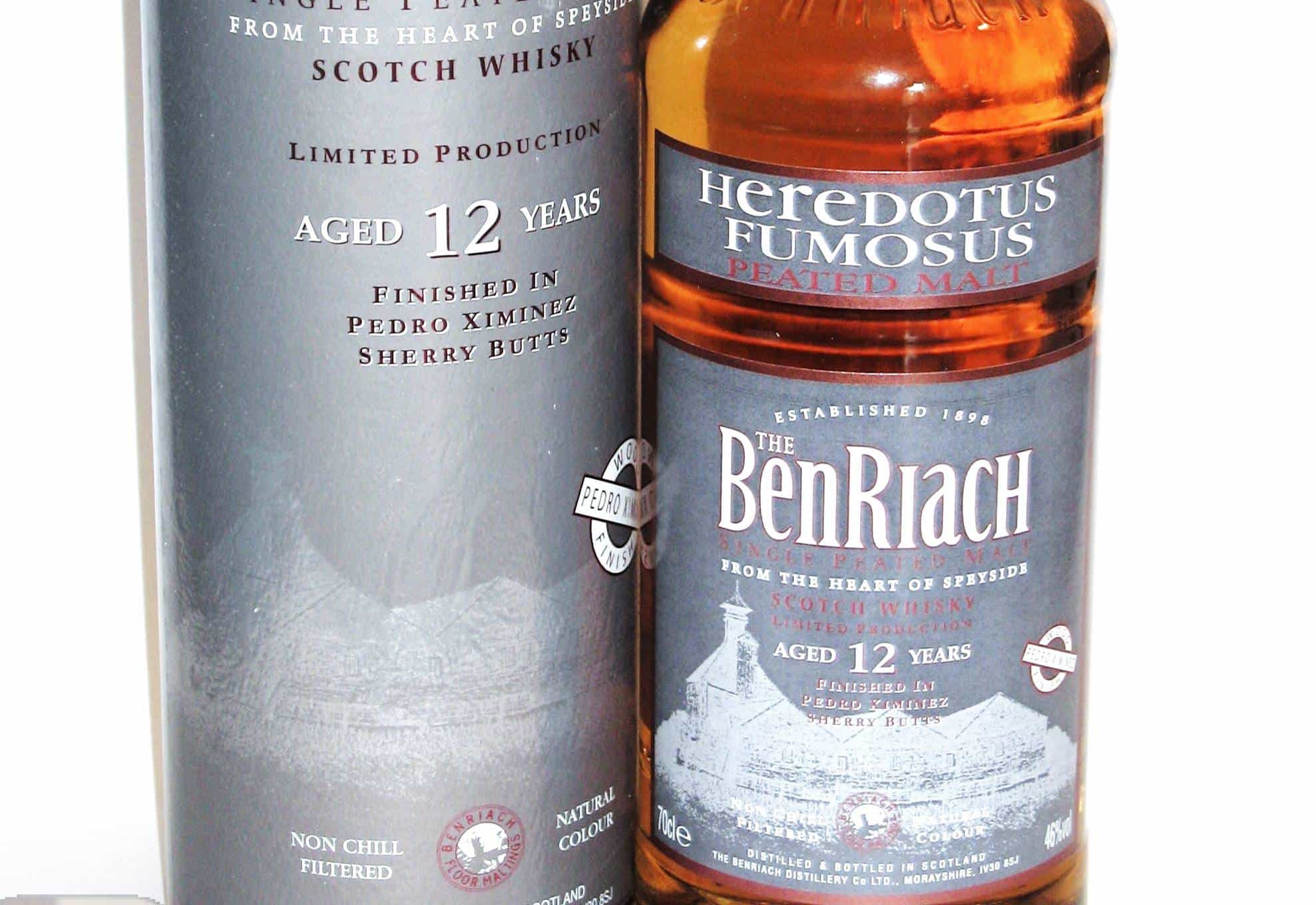 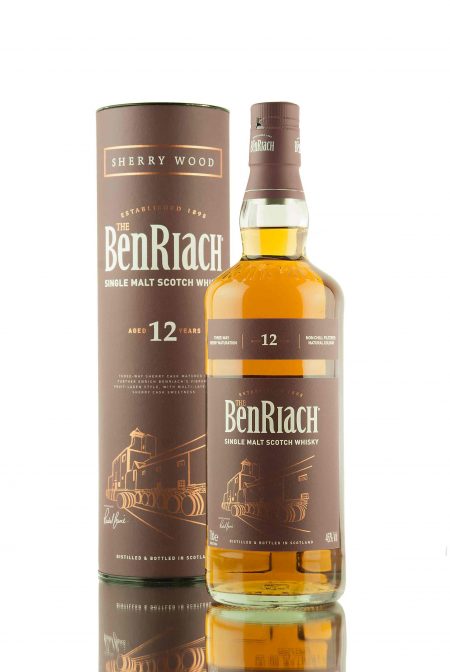