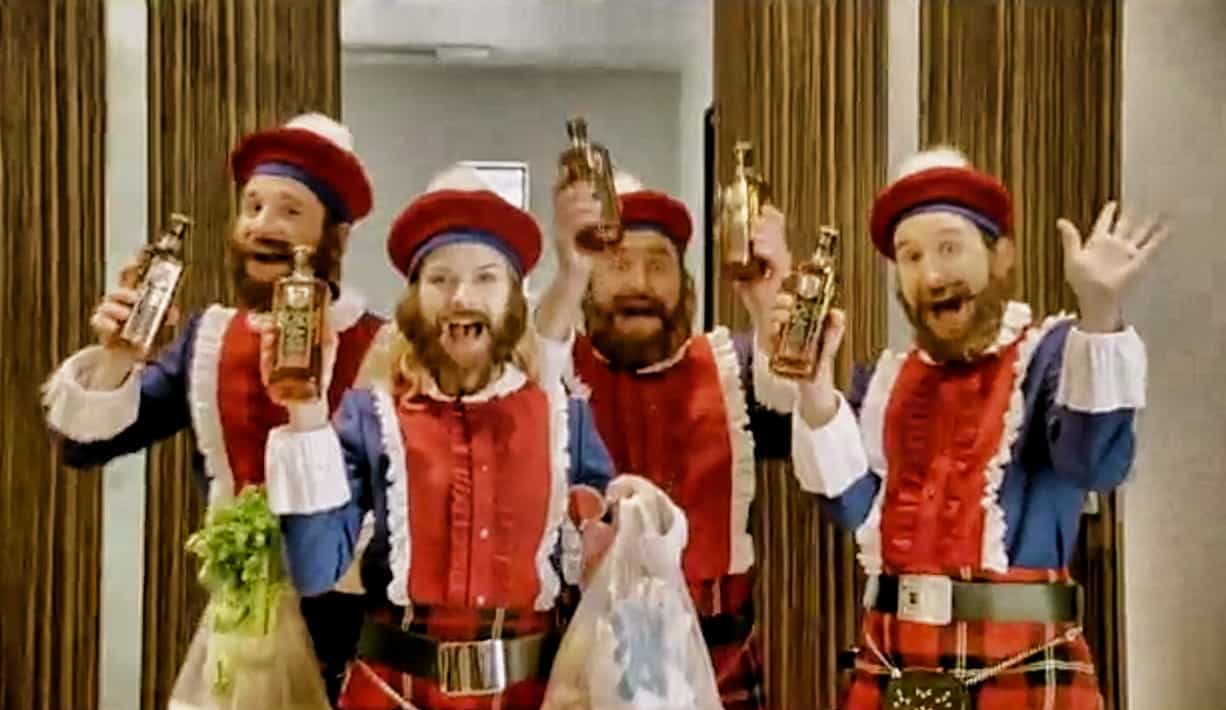 The world of single malt whisky likes to evoke a certainly level of elegance, aspiration and cool. The world of Japanese television tends to be loud and, to western sensibilities, a little bit mad (all in the best possible way). So these two worlds couldn’t be further apart, and yet they’ve collided a few times, with surprising results as I’ve found.

Let’s start with this really surreal commercial from Nikka Whisky. I have no idea what to make of it:

Wierd. But with dodgy dancing, jumping out of an office window, and sitting on top of a bus – this one goes that little bit further.

But it’s not all madness. Perhaps more famous in Japan, but also known in the west for Merry Christmas Mr Lawrence, Ryuichi Sakamoto featured in this more elegant Suntory advert.

Did you know that legendary actor, Orson Welles, starred in a whisky commercial? Neither did I. It’s not that bad either.

How about Sammy David Jr?

And of course, the most famous of them all. Bill Murray, from Lost in Translation. Brilliant film.