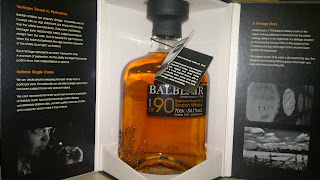 So Balblair is on the up thanks to a series of excellent releases, the Angel’s Share film, an excellent Distillery Tour and the 40 year old 1965 edition winning in the 2013 Whisky Bible. Now here comes the debut Gathering Place release. For those unaware the Gathering Place is the members area of the Balblair website; very much similar to similar offerings by other distilleries. As part of this initiative there is the promise of exclusive bottlings and so here is Cask 1463: 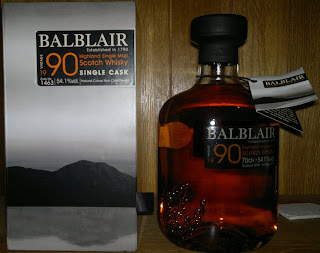 By all accounts, a recent rummage in the Balblair warehouse revealed an American oak cask from 1990, which previously contained an Islay malt. So this is a little different from what we expect from Balblair. Throw into the mix the fact that there are just 150 bottles (sadly only shipped in the UK to members), and this is an interesting release from an up and coming distillery. It’s also still available online to members!

The bottle itself isn’t numbered but comes in the distinctive Balblair packaging which reminds me of the distillery only bottling you can pour yourself. Luckily, Parcel Force didn’t damage the item as it was only shipped wrapped in brown parcel paper – something I would criticise for £90 + postage, you’d expect something better. Thankfully the box is sturdy but that won’t prevent some being damaged. 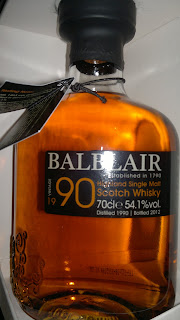 An interesting colour is the initial reaction, however here’s the official notes and details:

‘A sparkling golden colour, this single cask is a very unusual style of Balblair. There is a definite smoky character which can be detected on the nose resulting from the time spent maturing in an American oak barrel which had previously held an Islay malt.

Kicking off 2016 in style let’s do an 11 dram Balblair vertical tasting. This is the in-laws local distillery so I’ve been fortunate to experience..

It’s fantastic to see Balblair receiving more attention and growing in popularity in recent years. This is the local distillery for my  in-laws and has..