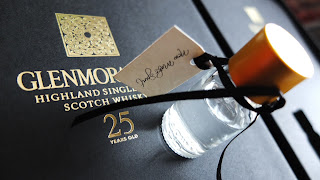 I struggle to formulate next week’s agenda never mind 2037, yes you read that right 2037! However that’s what I’ve had to do in the past couple of days, as I’ve fortunately been made one of the Glenmorangie Generation of Wisdom cask recipients. But what is it you ask?
Distilleries come up with inventive ideas and promotional events on a regular basis. Ardbeg are particular masters of this and trend setters. Glenmorangie in 2012 took a different step and decided to give a little back in the form of their Generations of Wisdom initiative. Now, let’s now forget that you had to buy a bottle of Glenmorangie to obtain the special card insert, and no mere bottle of Glenmorangie. No, it had to be their deluxe 25 year malt which comes with lavish packaging as standard and what a stunning piece it is; dripping Dalmore luxury. Armed with the card you were then directed you to a website for further verification and another code. These numbers were then sent off on the aforementioned card and then came the wait. It did feel like an obstacle course followed by a long period of sitting back and waiting for the final outcome. The packs were sent out last week and should be dropping to the lucky winners across the world over the course of this month. 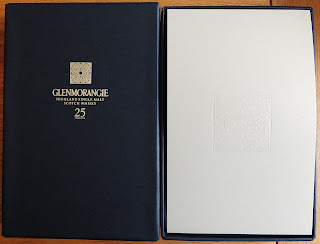 The whole entry process was back in June 2012 and time has flown by since. Glenmorangie were offering 250 lucky winners the chance to win a slice of history and the part of a cask which was laid down in 2012. In 25 years who knows what that cask will hold – not only in terms of quantity but also quality. Those selected receive a pack which ties in with the 25 year malt they already purchased. It is an impressive prize and quite a sizeable box set. Within is the certificate signed by Dr Bill Lumsden, Glenmorangie’s Head of Distilling and Whisky Creation. That’s the part you should frame or keep safe for 2037. 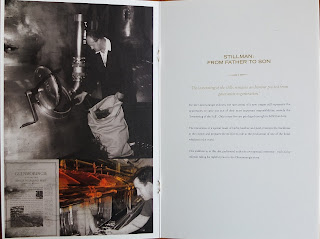 Also included is a colourful booklet detailing Glenmorangie’s approach and those men of Tain. A small sample of new make spirit is also enclosed which marks the beginning of your journey and some cufflinks. Other surprises await during this voyage including the option to visit the distillery throughout the next 25 years to check on the cask and apparently all the names of the cask members are on display now at Glenmorangie. I’ll have to drop by and it won’t be a problem as I’m often in the area starting with next month. I’ve never done a full tour of Glenmorangie so now I have no excuse.
CategoriesUncategorised