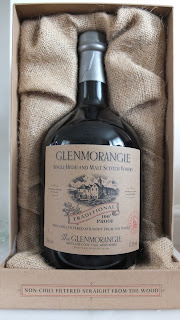 Completing the trio of Glenmorangie posts is this new arrival in the form of the traditional 100% proof bottling. Unquestionably a bottling from the previous owners, before the expensive rebranding, which harks back to the roots of Glenmorangie and the farms of Tain. 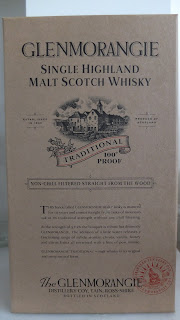 Normally here I would type up the description and what the packagings says, but the quality of my new camera removes such a need. Instead I’d like to go back to the family’s roots with the distillery. This bottle was gifted to me by someone that worked at the distillery decades ago – the early 1960’s. Sadly this is a much more recent bottling, although the relatives tells a fond tale of their version of the angels share at Glenmorangie and hiding bottles in the rafters. Scotch was so plentiful and widely drunk in those days I’m surprised any old bottles actually survived! 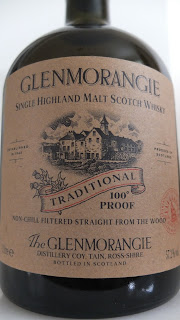 These are the short dumpy bottles that were traditional many years ago and a sizeable 1 litre sizing. 100% proof as well to add to the fire and get you through the day! The previous owners at Glenmorangie used to do a bottle your own, which had a little bit of theatre as you were lead away to a small area at the distillery to fill a bottle from a cask. There was none of this automated nature and levers of current distilleries such as Glenfiddich, which offer a similar service. 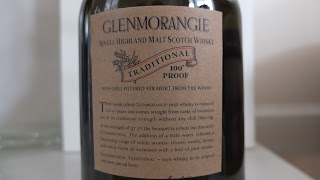 The experience felt more traditional for want of a better word, before you filled in an old ledger and then put your dumpy bottle into a cloth sack. We did this together as part of our wedding and gave the bottle to my then father-in-law, which I understand remains unopened for a special occasion.