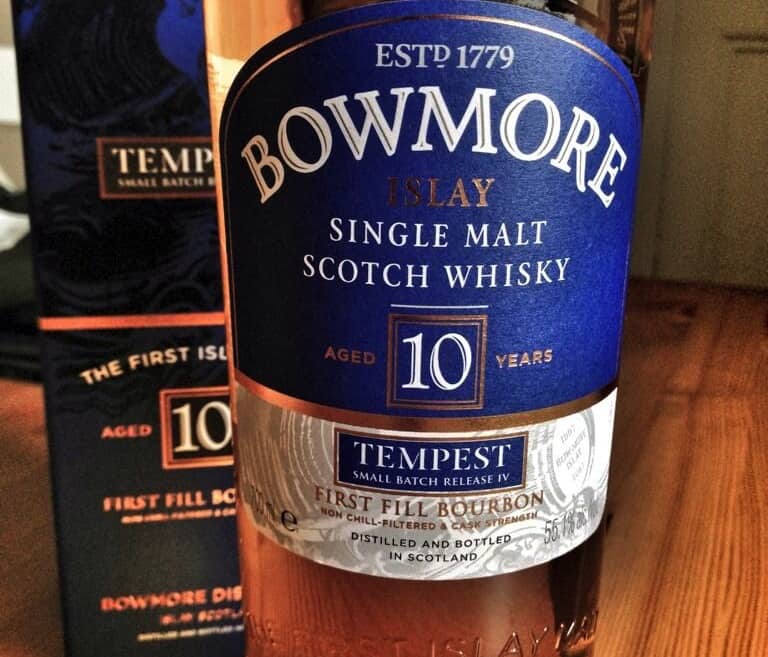 Earlier this year, around Valentines Day, I tried a few Bowmore whiskies in a Twitter tasting. I was pleasantly surprised at the consistently good quality, and astounded by the secret dram – which I still don’t know the identity of. Suffice to say, I was impressed. It’s taken me a while to get around to other Bowmores. I think the 12 Year Old is a very good whisky, and certainly a must-have for anyone starting their whisky collection. But I hadn’t really explored many of their other bottles.

So when I visited the distillery during my time on Islay, I decided to pick up a bottle of the Bowmore Tempest 10 Year Old – Batch number 3. It was a random purchase, based on nothing other than wanting to get something interesting from the distillery shop at the time. That it was bottled at a tempting 55.6% ABV was also a contributing factor.

Colour: a field of wheat in the late summer sun. On the nose: very approachable. There’s a gentle citrusy note at first, that then gives way to peat. Barely, crème fraîche, honey, almonds. We’re dealing at the delicate end of the flavour spectrum, yet the nose is remarkably in-depth.

In the mouth: absolutely perfect combination of sweet peat and malt. A real intense blast, which I wasn’t expecting from such a stately nose. The peat isn’t overwhelming, especially after a few sips. There’s a wonderful viognier quality here. Apples. Honey. Lime marmalade. A touch of Pernod at the back. There’s a gentle weight in the mouth – nothing to thin, but neither does it come across as viscous. Medicinal and the slightest hint of iodine – very much raiding Laphroaig territory. A little loose peat and aniseed on the finish.

It’s really very good, especially at less than £50 a bottle. Probably the best Bowmore I’ve had (apart from the secret one in the Bowmore tasting – what the hell is it?). What’s more, I’ve had this with a few meals now and it seems to pair very well with lots of different types of food – especially seafood. There’s a lot to be said for a bankable dinner-time dram. 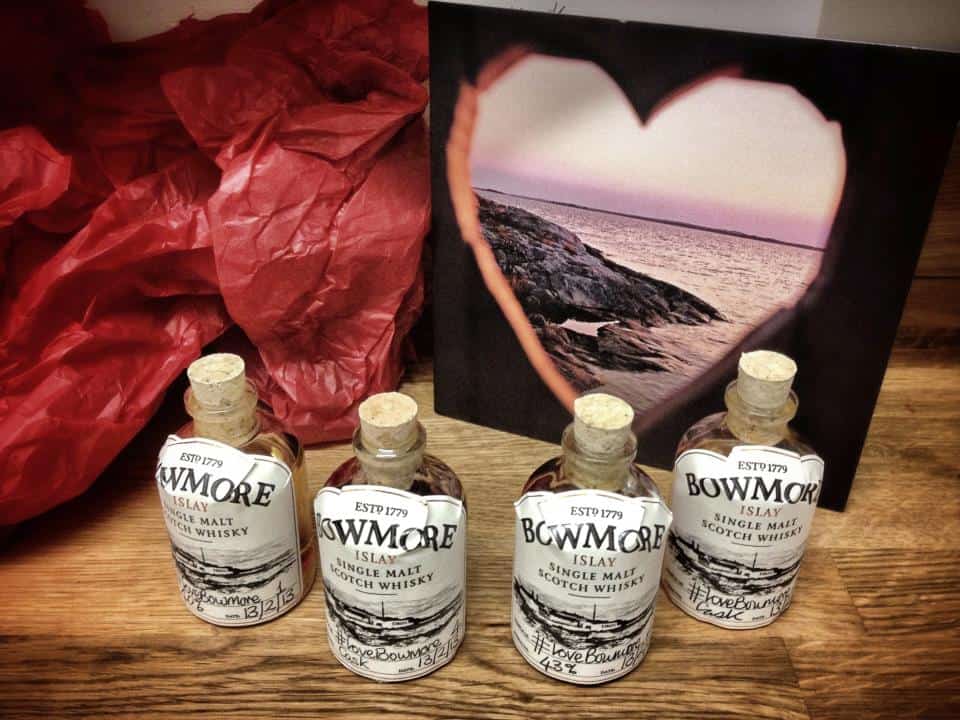