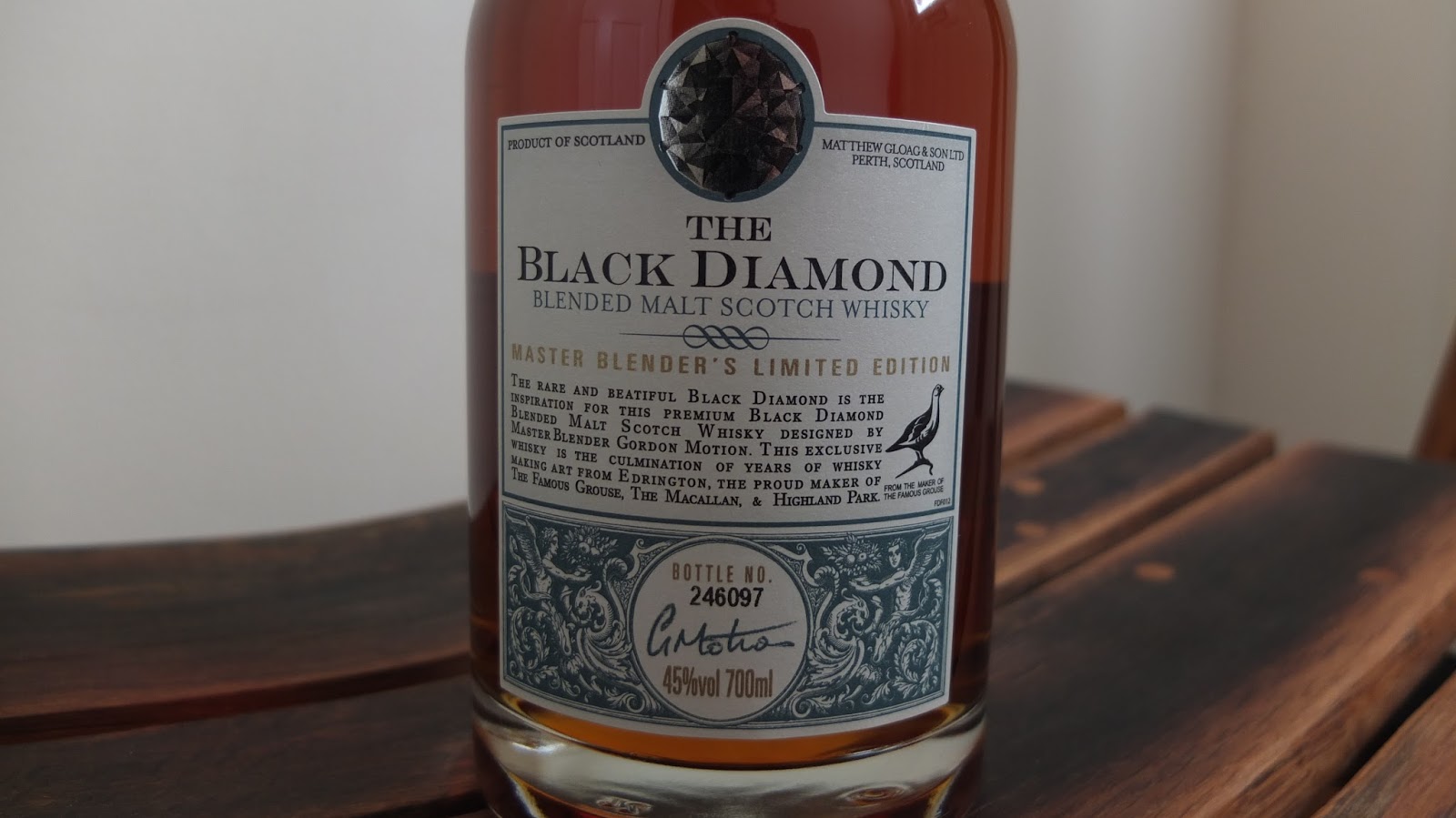 Now here is an oddity of a bottle. It is a blend, but purely consisting of single malts so it is lacking the 50-60% grain foundation we normally associate with the blending formula. It is also a limited edition put together by Master Blender Gordon Motion, so there will be a wide range of malts solely from the Edrington Group in here i.e. Highland Park and The Macallan.

I tasted this blend on a recent trip to the Famous Grouse Experience and was impressed, but until that moment, I had never seen this bottling previously or been aware of its existence.  The blurb on the bottle doesn’t give much away either:

‘The rare and beautiful Black Diamond is the inspiration for this premium Black Diamond blended Scotch whisky designed by Master Blender Gordon Motion. This exclusive whisky is the culmination of years of whisky making art from Edrington, the proud maker of The Famous Grouse, The Macallan & Highland Park’.

There is no packaging or even a leaflet to provide a clue on the background to this blend, which is individually numbered. Although ‘limited edition’ always seems like an abused term when you look at the actual numbering involved; realistically if the numbering is correct then I wouldn’t consider this a valid limited range.  It seems to be sold exclusively at the Famous Grouse Experience distillery and while they had a couple of bottles still on the shelf, I don’t know if the clutch of bottles are what remains of the mysterious and rarely seen Black Diamond itself: 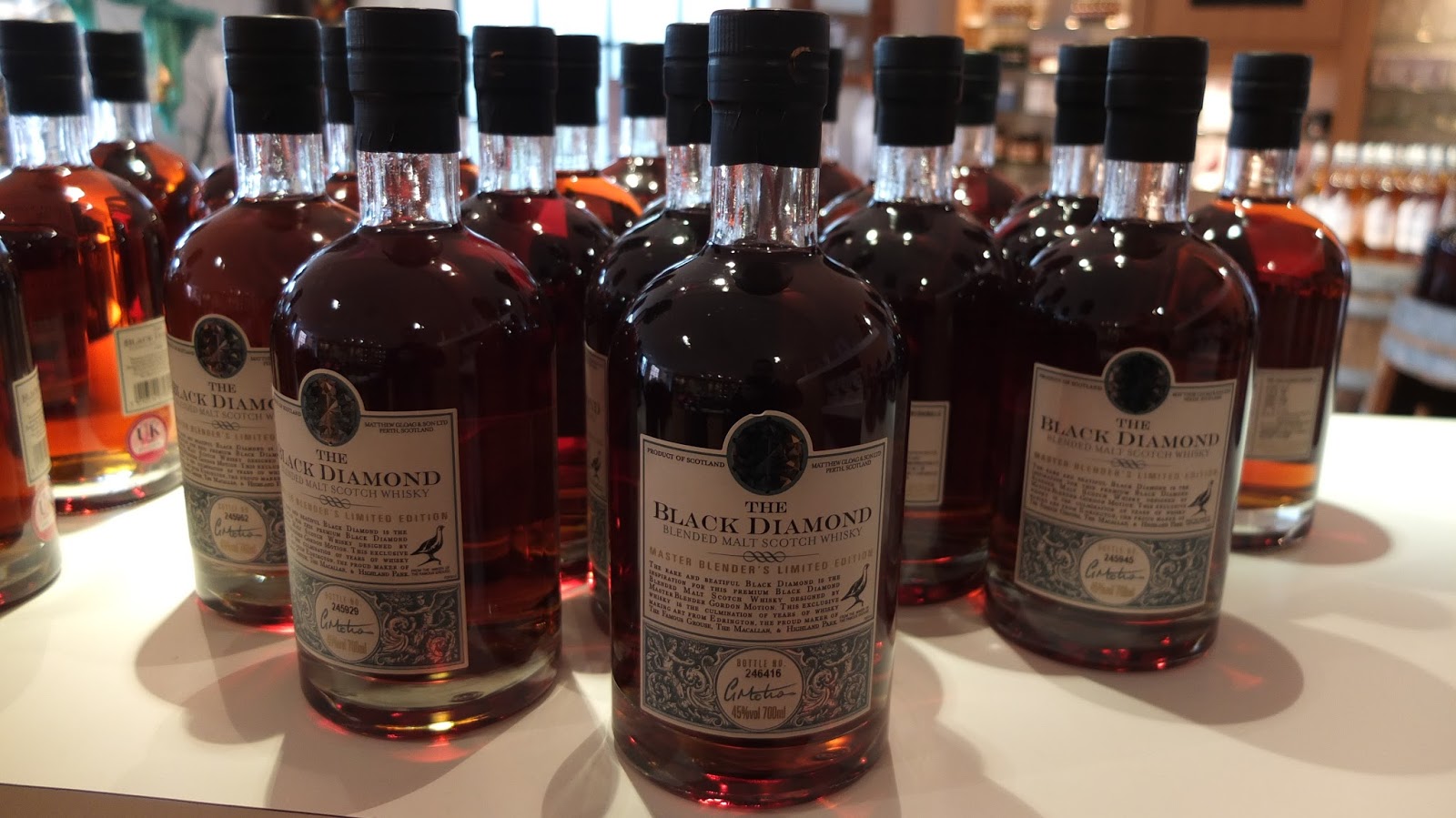 Now I think there is another international blend on the market that uses the Black Diamond name so there might be some confusion. The quality of this blend shines through as it is a cut above the norm. Looking into the background of this bottle reveals very little and the only clue itself comes on the reverse label which features some foreign text. This seems to confirm the little I was told about this release; namely that it was destined for the Taiwanese market which does tend to attract special editions from Edrington such as the Highland Park The Sword release.

Apparently the company was approached by a businessman to create a specific blend for Taiwan for his chain of nightclubs. For whatever reason the deal was not completed and these bottles were left without a home. They may have come back from Taiwan or never left Scottish shores. Given the numbering on the bottles (if it is to be believed) then I would envisage any deal must have included some form of Taiwanese retail distribution, as nightclubs would not be able to sell such or number, or make the deal financially viable. Interesting yes, but all of this is unconfirmed. Whatever the origins and background to the deal itself; being created by Gordon Motion you know that this is worth experiencing and the deal gone bad has left us with something to enjoy. 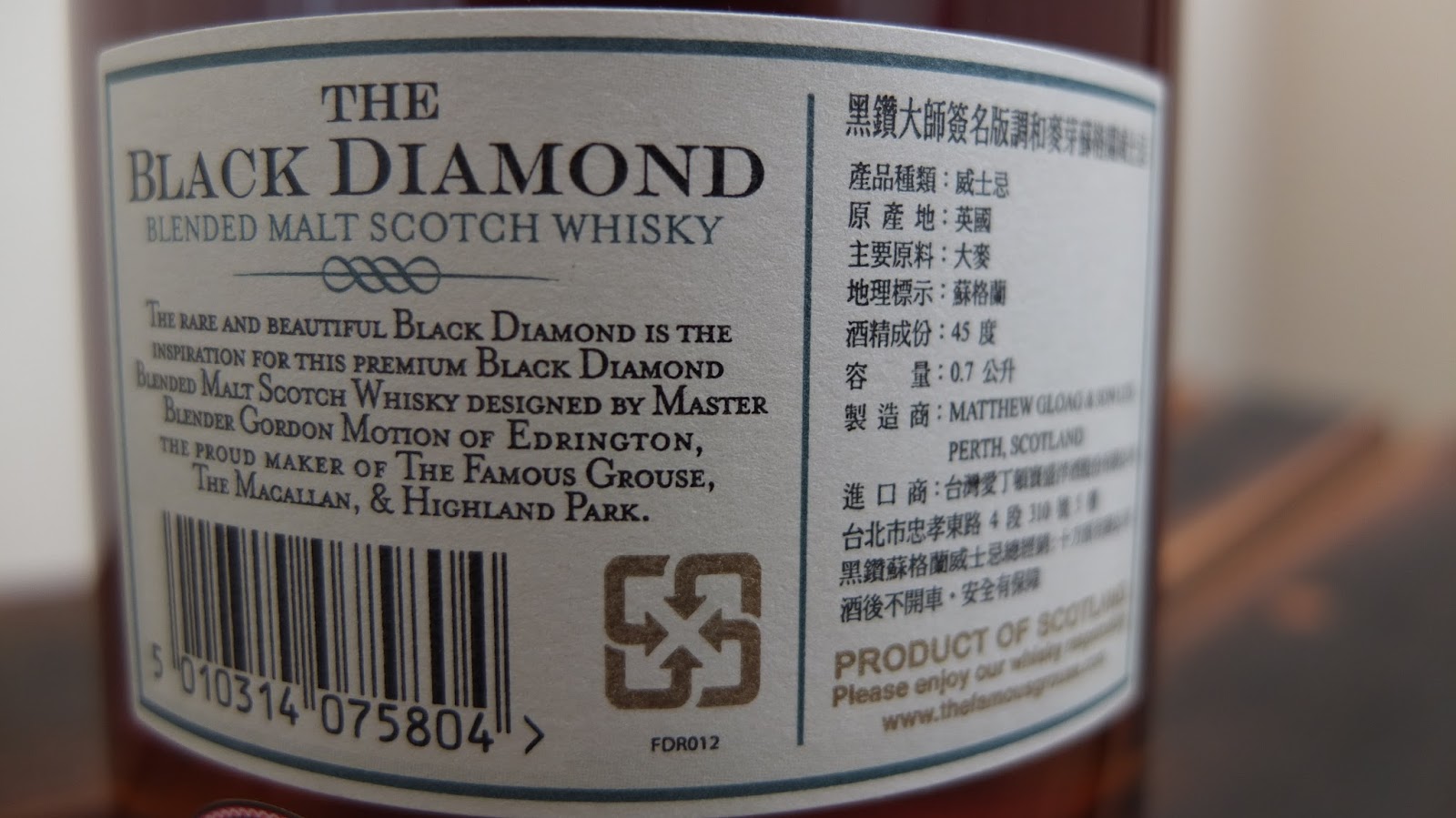 Distillery: A blend so a composite