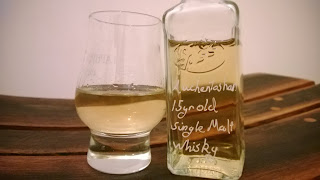 Following on from my recent review of the Vom Fass Arran release, we’re arriving at my other purchase that day; a 15 year old Auchentoshan. Now, Auchentoshan is an interesting distillery, being the only 1 in the central belt or lowlands that I’ve yet to visit. Personally I’ve found their releases devoid of some much needed character. Bland, mundane and almost instantly forgettable.

That stance changed slightly with the release of the Valinch a couple of years ago. Speaking with others who agree with the disappointment surrounding Auchentoshan, I’m reliably informed that bottling your own cask strength at the distillery is a must and apart from a Valinch, the only way to really appreciate what Auchentoshan can deliver. So how does this one fair? 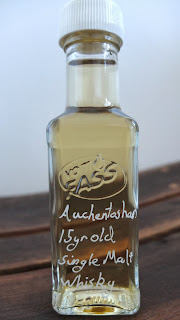 Colour: Straw
Nose: Almonds, sweetcorn, coconut and very little else sadly
Mouth: Wow for all the wrong reasons frankly. There is little to distinguish any flavours here. Even the Roderick Dhu blend I tasted recently had more character than this. A creaminess with a touch of lemon but the watering down of this cask has removed most of its features leaving us with just a trace of former glory or averageness.
Verdict: I wouldn’t recommend this release; the Arran was more dignified and flavoursome in comparison. The fear is sometimes that casks are offloaded which might be substandard for a reduced price, or an average cask is watered down to go much further and increase its revenue. Whatever the reason at £9.50 per 100ml this is one to avoid. In fact the Arran works out cheaper per 100ml so go with that.
CategoriesUncategorised

It’s fair to say that Auchentoshan official releases don’t receive a great deal of praise from whisky aficionados. Often criticised, but not the extent of..