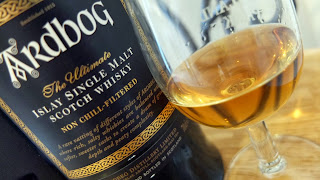 Now we’re moving into the realms of marketing and modern whisky as we know it today. I enjoy an Ardbeg, the recent single cask bottled by Cadenhead’s is one of the best drams I’ve had in 2013 and the Ardbeg Provenance 1974 remains the best dram I’ve ever sampled. So to say I hold Ardbeg in high regard is an understatement. Older expressions remain rare and instead the current owners LVMH have adopted a focus on No Age Statement releases to supplement the Ardbeg range.

For some reason I haven’t ever opened this when it was launched, or excavated given the theme with this release. My previous comments on the Ardbog release are here. Marketing hype over content? Well, that’s for you to decide but my own thoughts are to buy the tremendous Ardbeg 10 year old and pocket the difference for another dram. 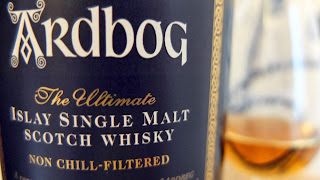 Colour: A Scottish fake tan
Nose: That classic Islay and Ardbeg influence. orange, toast, pepper, cloves.
Mouth: I wouldn’t say ash or fire embers but there is that chargrilled emphasis present giving way to cloves, wrinkled leather and a sweetness maple or toffee. The finish is sadly lacking – I had to double check the strength of this bottle as it tastes more around 43% than over 50%.
Verdict: Well, it certainly tastes like an Ardbeg. The problem I have with these annual no age statements is they are becoming harder to distinguish each year minus the packaging. The Ardbeg Day release was excellent, last year’s Galileo was a bitter disappointment and this is pitched somewhere in-between. If this was priced around £40 I’d be quite content with my purchase but given it was nearly double that my expectations are set much higher.

2014 will more than likely seen another spin-off from Ardbeg however this trick is becoming a little tired. Either give us something truly special or introduce an older expression into the core range. Release the peat! 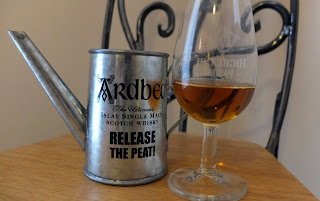