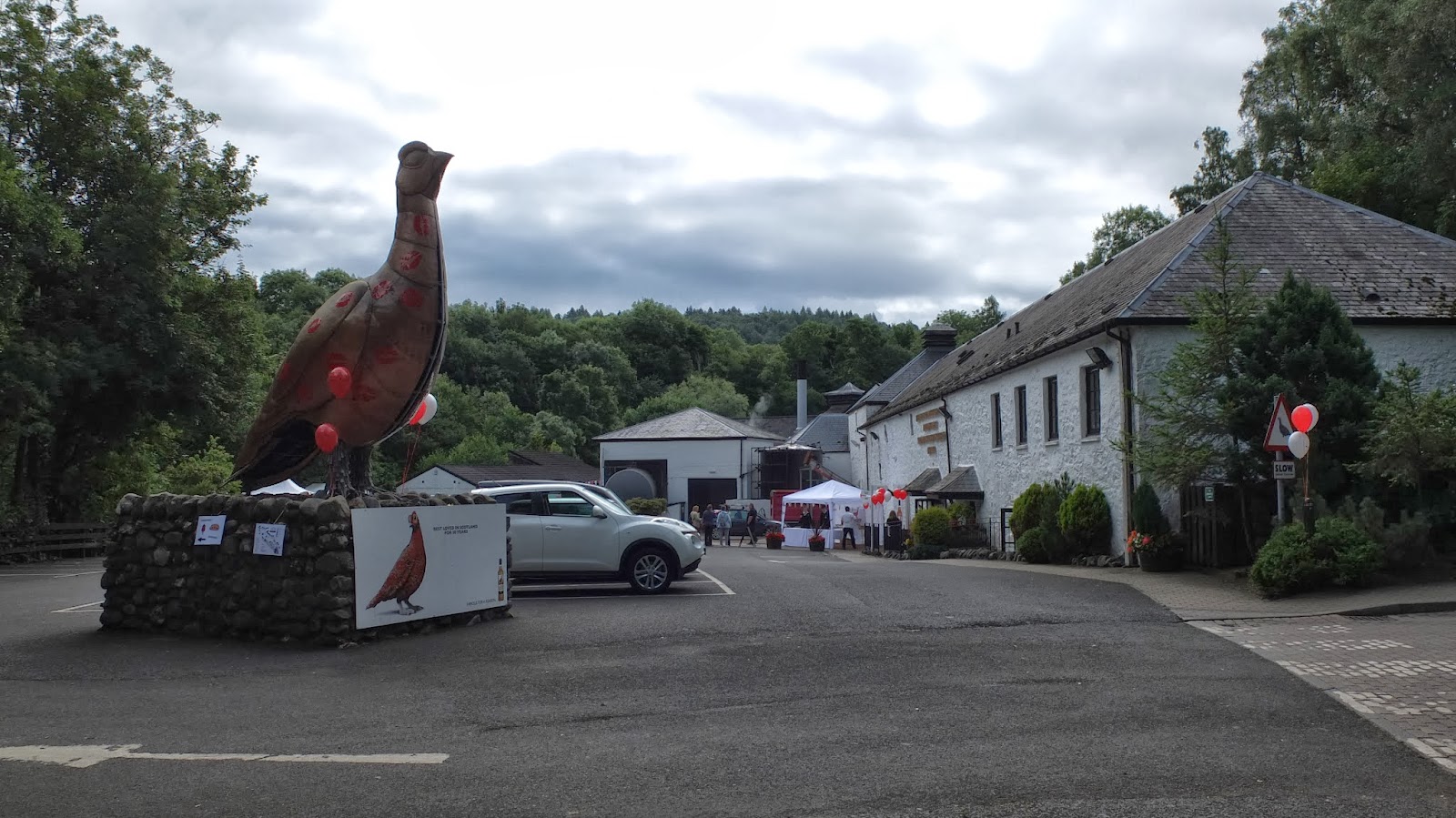 This summer I had the pleasure of visiting the Famous Grouse Experience which is based at the Glenturret distillery. It was a special celebration weekend for the team focusing on the Grouse blend and part of the day was an enjoyable blending session with master blender Gordon Motion. By purchasing a ticket for this session I was also invited to take the tour of Glenturret distillery itself, which is often overlooked and very under appreciated.

The Grouse blend is a huge name in whisky and a formidable presence that casts a watchful eye over Glenturret in more ways than one as you can see from above! The distillery itself is very small and surprisingly so. You would be forgiven for thinking that playing host to the Grouse would be distillery of sheer size and high-end production output. In terms of size it is slightly larger than Edradour which was the smallest in Scotland, although that might not the case today. Another example would be Tullibardine with a similar almost traditional craft style. These distilleries retain some features of the hands on style that has been lost in many rivals due to the computerisation of whisky. 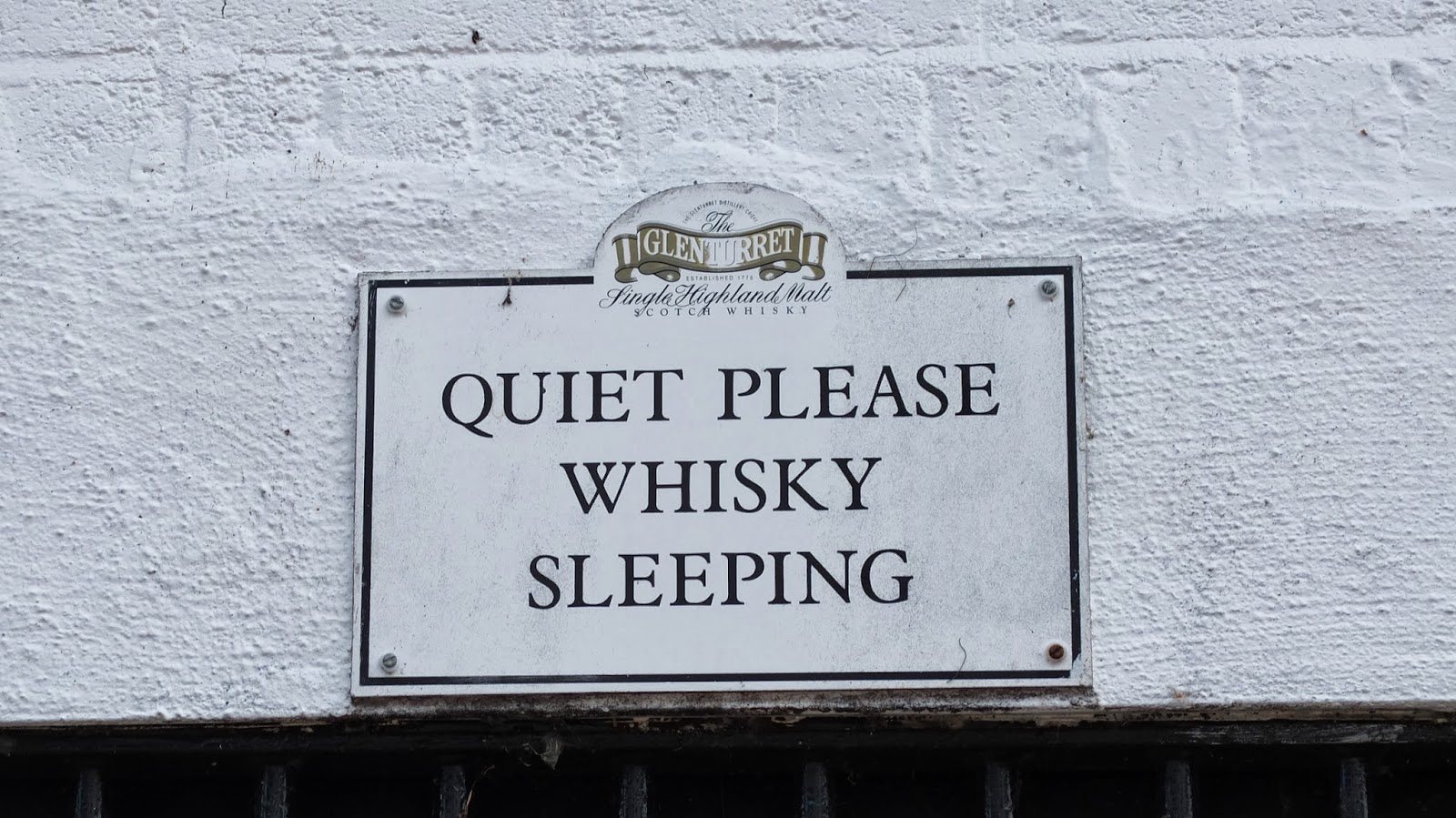 Computerised Scotch as some call it is widespread, so when you have even the smallest of features that hint at past bygones within a distillery, I’m somewhat pleased. The massive firms that own distilleries today have shareholders to satisfy and while they are interested in the history and backdrops to these facilities. All too often this will be ditched in pursuit of production and profits. For instance those wise main of Tain are slowly dissolving into the history books with each year that passes.

Back to Glenturret, and the distillery tour itself is a combination of the history of the Grouse blend, its creation and journey to what we know today and the single malt Glenturret produces. To be fair the emphasis is pitched 85% towards Grouse as I suppose this is what attracts most visitors to the distillery. It does Glenturret a disservice somewhat as it can be a complex and original single malt when you can track it down. This is particularly true of older expressions beyond the staple bottling but these are illusive. 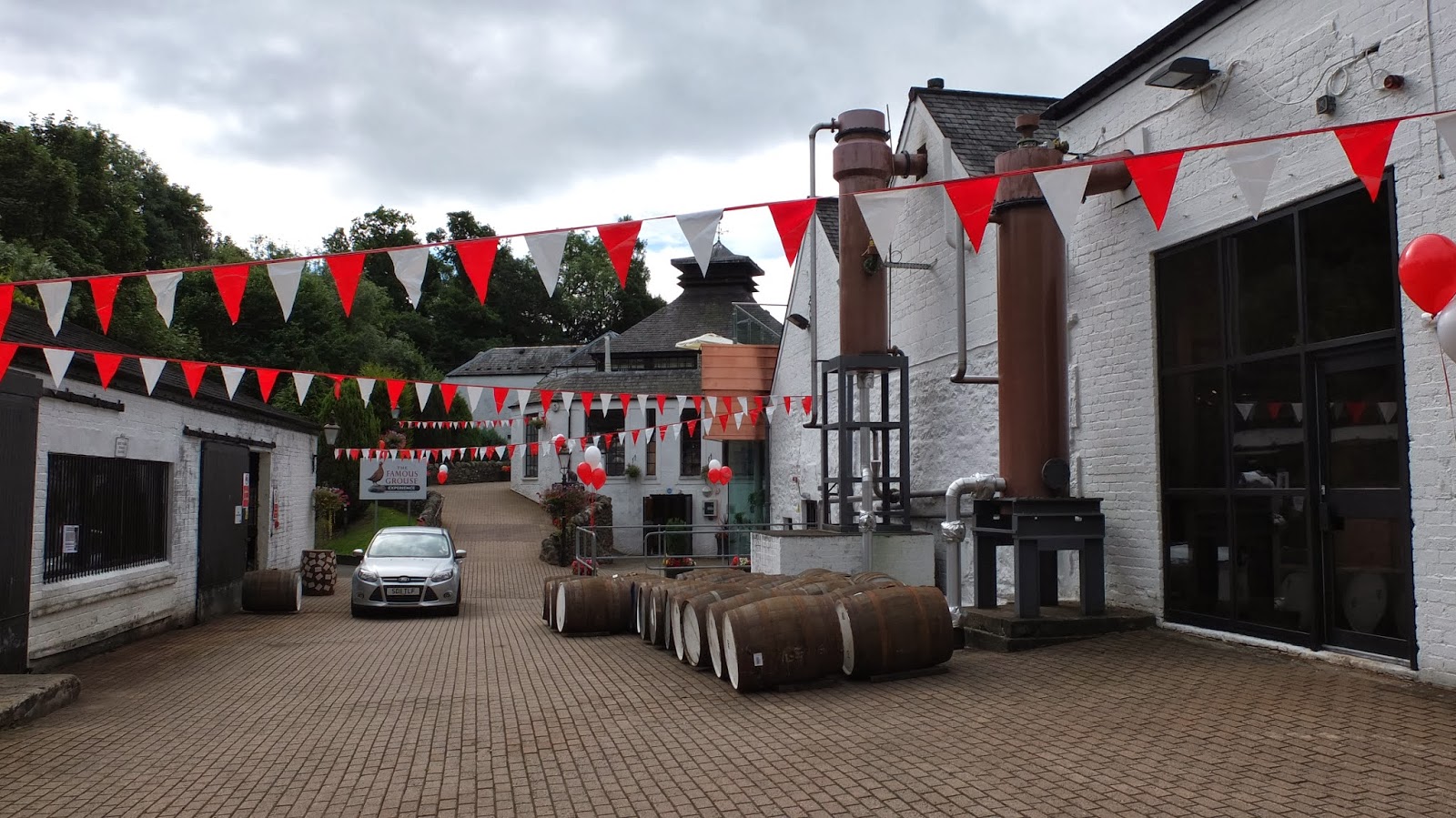 Small but perfectly formed is an ideal summary of the distillery. It is refreshing to explore a distillery that hasn’t been transformed by investment to boost production figures. Glenturret retains much of it’s charm, whether it is the tiny mash tun to the statue of an efficient cat on the grounds. Yes, wonderfully charming. It is also clear that the staff while appreciative of the Grouse blend, favour their own malt and lovingly craft this.

There are interactive elements to the tour which beings in a plush reception area, adorned by Grouse bottles across the decades. These set the foundation of the tour as you move through each area, arriving at the barrel filling station where the Grouse takes over once again before the penultimate stage; a tasting bar where you can go through the complete line-up of blends and enjoy (if you do like it) the Snow Grouse at the temperature it should be served at. 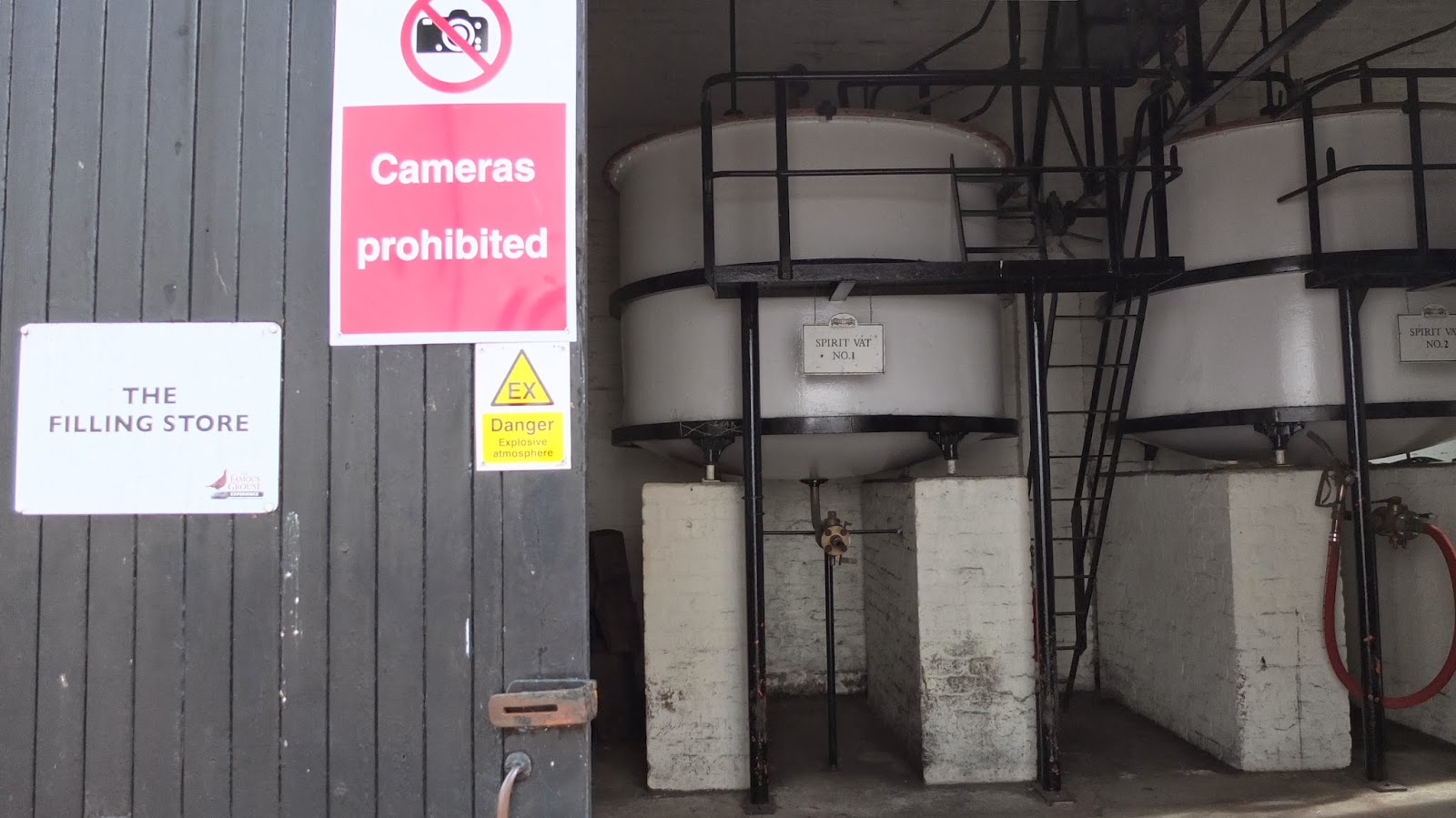 A well stocked distillery stop is the final port of call with all sorts of trinkets and Grouse releases, which are well priced. A cafe is also available which allows you to take in the tranquil setting and unspoilt feel to the distillery, making for a nice day out.