One bottle that evaded me throughout 2012 and into 2013 was a very unlikely candidate. No, it wasn’t the Bowmore Devil’s cask, although for a while it felt just as illusive. You may have guessed it’s regional origin if we continued this mystery, but certainly not the bottler.

The desired target was the 2012 Asda own label bottling from Islay. I never did succeed in my pursuit, but Asda (a huge UK supermarket chain for worldwide readers), often release further bottlings of their range in the run up to Christmas. Just appearing now on Asda store shelves are their Highland, Speyside and Islay releases in shiny new packaging. Last year’s releases were in presented in a modest muted blue colour scheme. It goes without saying that the 2013 Islay release was snapped up for a well priced £20.50. 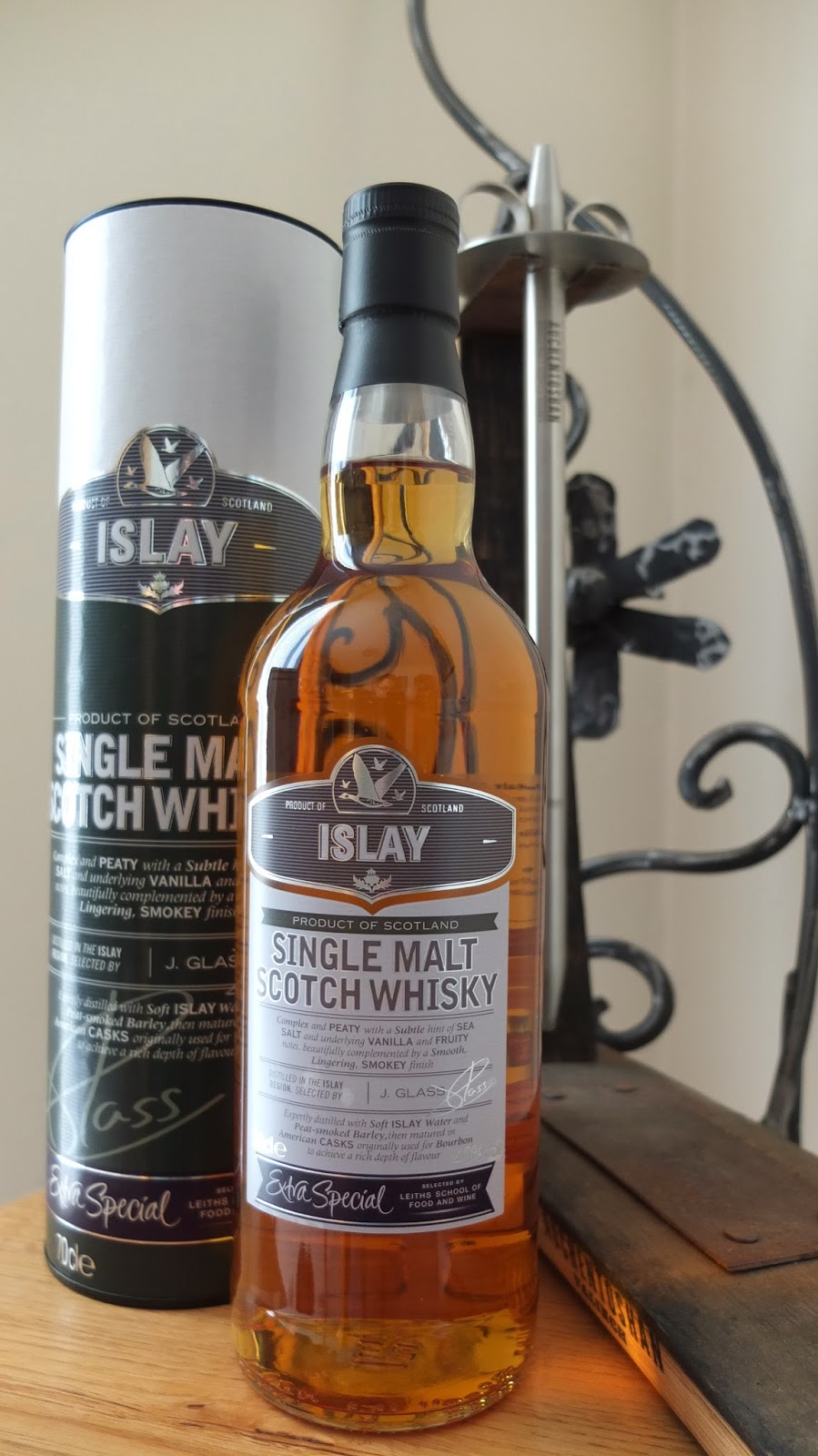 I often think that supermarket own labels and blends are overlooked for the traditional big names such as Grouse, Bells etc. This is a field I want to delve into more over the coming months by exploring these exclusives. For this theme the bottles will appear as Taste reviews but I’ll also include the ‘supermarket’ tag label, so you can easily search for other potential candidates. In the meantime, lets take on this Asda bottling.

Distillery: unknown only distilled in the Islay region and selected by J.Glass
Age: No Age Statement
Distilled: unknown
Bottled: likely 2013
Limited Edition: this will be limited but to a huge number to supply all the Asda stores for a short period
Strength: 40%
Cask: Oak
Price: £20.50

Colour: a vibrant bronze haze
Nose: This is without question an Islay whisky aroma. My first nosing a couple of evenings ago initially felt more Ardbeg in character, but I’m leaning towards Laphroaig now; smoky, a maritime feel doused in brine, iodine, table salt, leather, currants, blackberries. Fantastic.
Taste: a touch of smoke yet not as much promised by the nose, followed by tobacco, TCP and malt extract. Very enjoyable with a brief if not unpleasant finish

For £20.50 you have a malt that rivals if not surpasses many of the other malts on the Asda shelves. Ok, not true of every bottle but I’m sure it does more than hold its own against some of the cheaper less popular distilleries they sell. I’ve tasted official single malt releases in 2013 that have been watered down to 40% and much of their flavour and distinctive characteristics have been washed away. This sets a high standard for other supermarket own releases to follow.

We’re at the midway point in the Marks & Spencer regional single malt range and setting ashore on Islay. I was reasonably pleased with our..