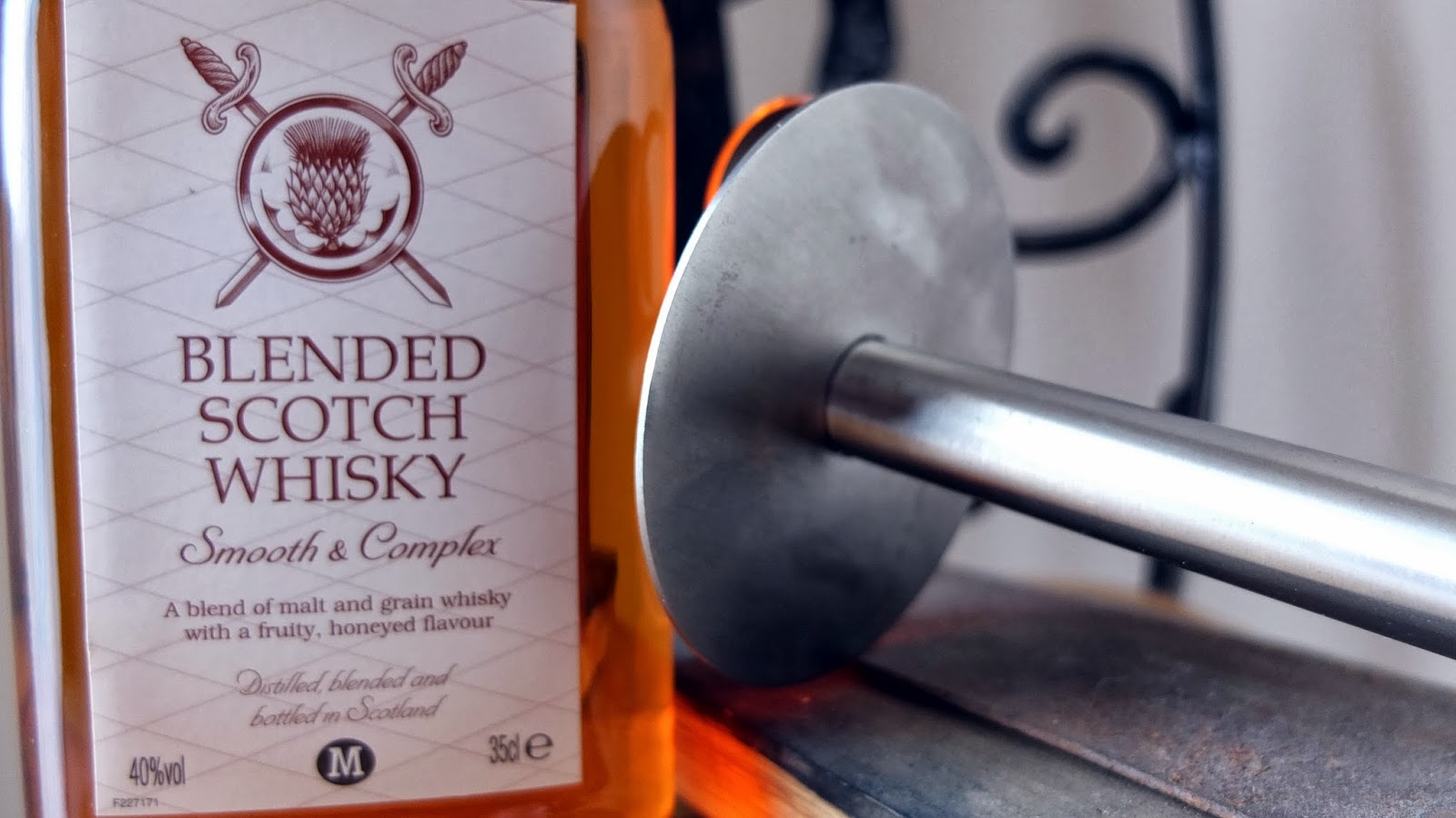 Aye we’re back in the realm of supermarket own label whisky releases and specifically Morrisons with its Blended Scotch Whisky offering. Funnily enough, the label doesn’t promise much or set the expectation very high; just that it is complex and the most damming of whisky descriptions namely smooth.

Blends do receive a hard time and quite often this is undeserved as hopefully I’ve shown with several reviews throughout 2013. The genre plays host to some fine drams and also the growing historical recreations which I do enjoy. 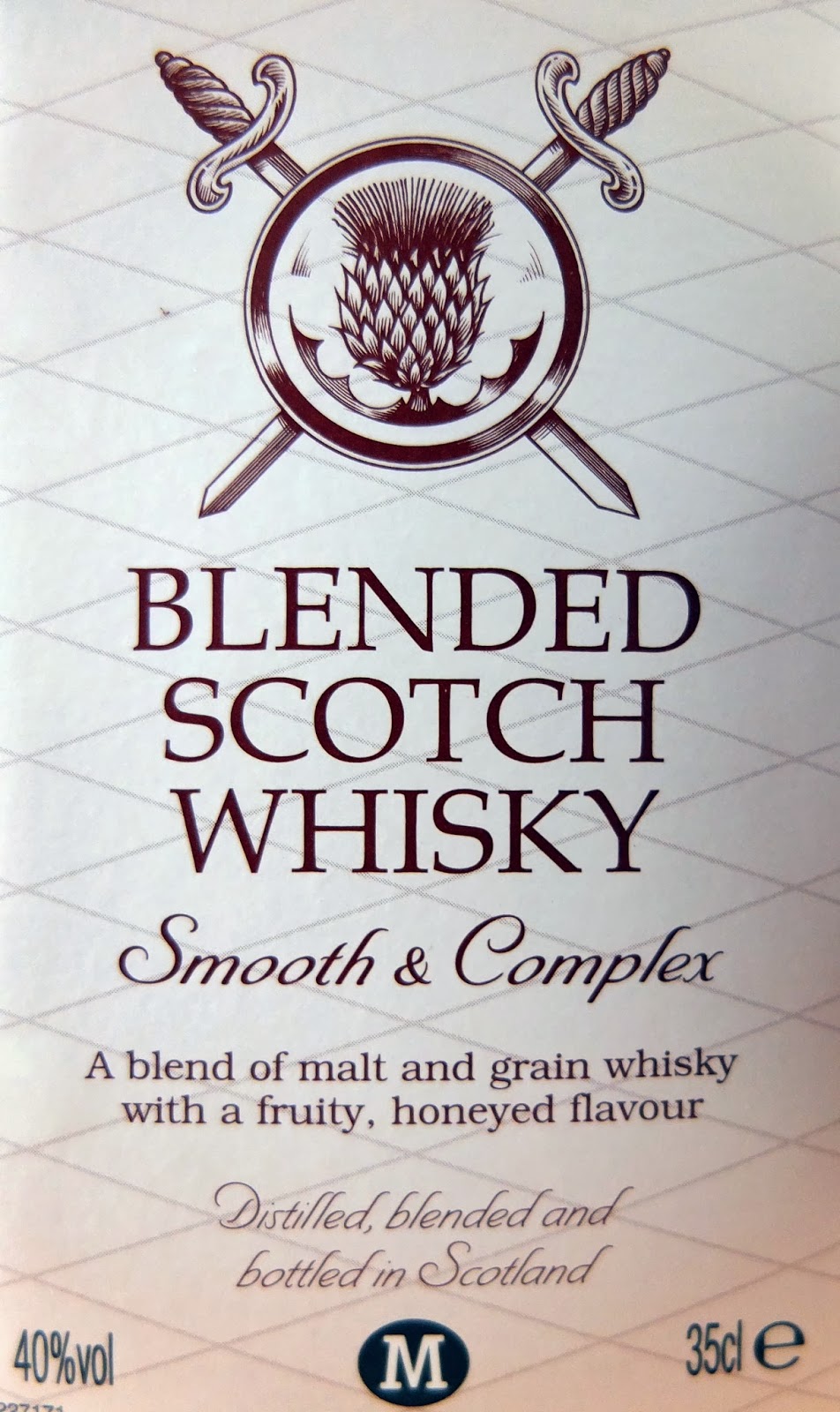 Morrisons currently have two whiskies of their own on the shelves. A value full sized bottle (£11.49) and this blended Scotch that retails at £12.49 or for a 35cl bottle £6.49, which is what we have here. It has been a while since I bought a half-sized bottle that’s for sure.

The label offers no clues to the contents within, only that everything is Scottish including the actual bottling. There is no actually age statement even though for this price you’d expect a vast percentage to be the minimum 3 year. This is a total contrast to the Waitrose blend I picked up for review later this month, which is clearly sold as a 3 year blend. As the Central Belt plays host to several giant corporations and their bottling plants this isn’t of much help. A mix of grain and malt is not a surprise but lets see how the ratio stacks up. 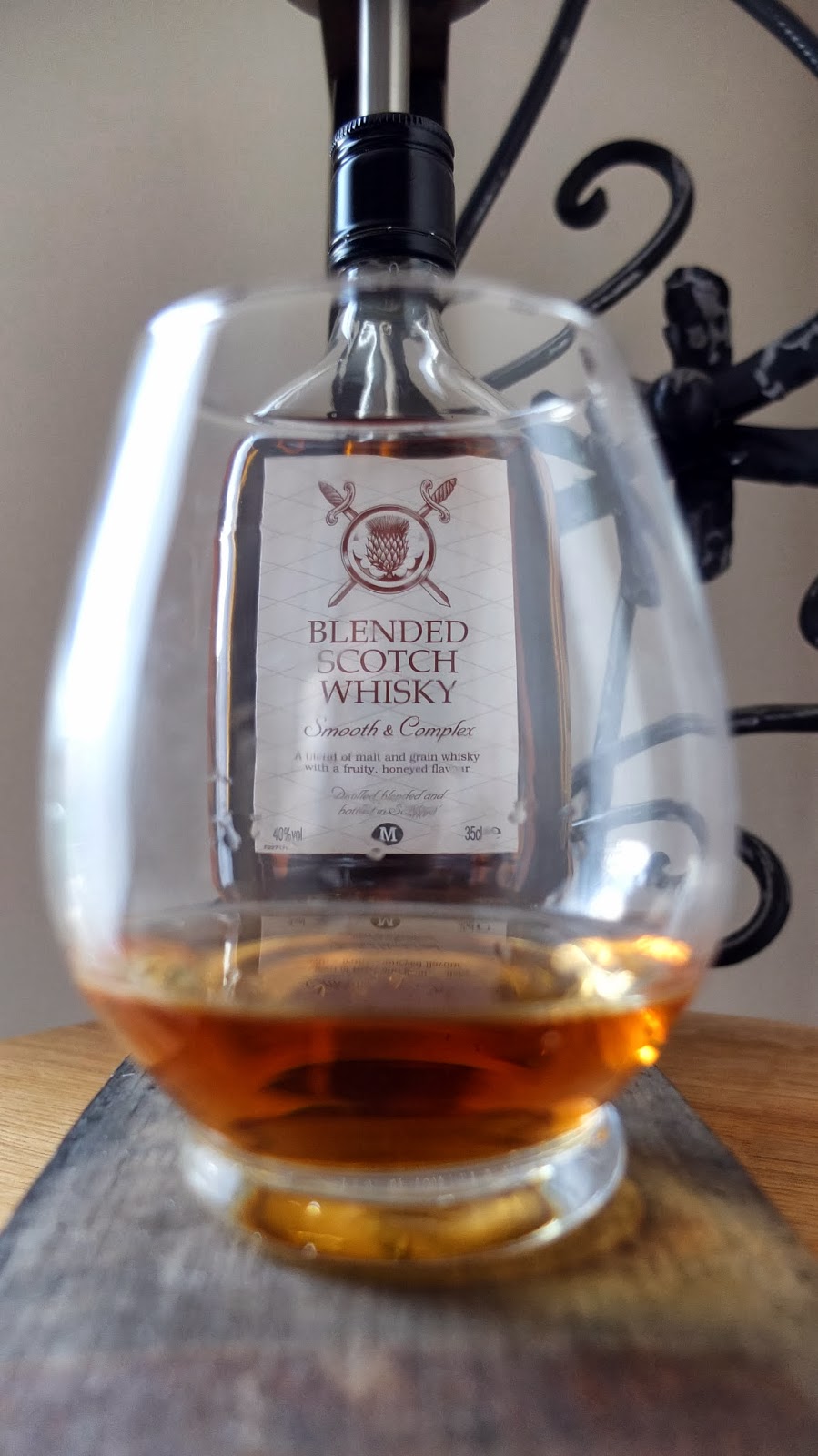 Colour: Take me down to the caramel city!
Nose: Very sweet aroma, the presence of grain confirmed with bananas, pineapple and vanilla with some caramel.
Taste: This is difficult really; cinnamon and some orange but very little and a non-existent finish.

Verdict: Put into context for the asking price this is below what I’d expect but not by too much. It lacks any character to highlight and the taste is gone in an instant. Sweet and very easy drinking for those who dislike whisky or in this recession era someone on a budget. On this basis for the full bottle retail price I’d suggest adding another £8 for the Asda Extra special range. Yep that’s a 70% increase for budget shoppers but you’ll enjoy and saviour your whisky for longer.

Perfectly fine as a cocktail, ginger ale mixer or even my own blend for the whisky sauce I make on a regular basis. I was initially expecting a vile dram of whisky, instead this is mediocre, bland and inoffensive. How this Morrisons label stacks up against other bargain basement whiskies will be interesting viewing over the coming months at Whisky Rover.