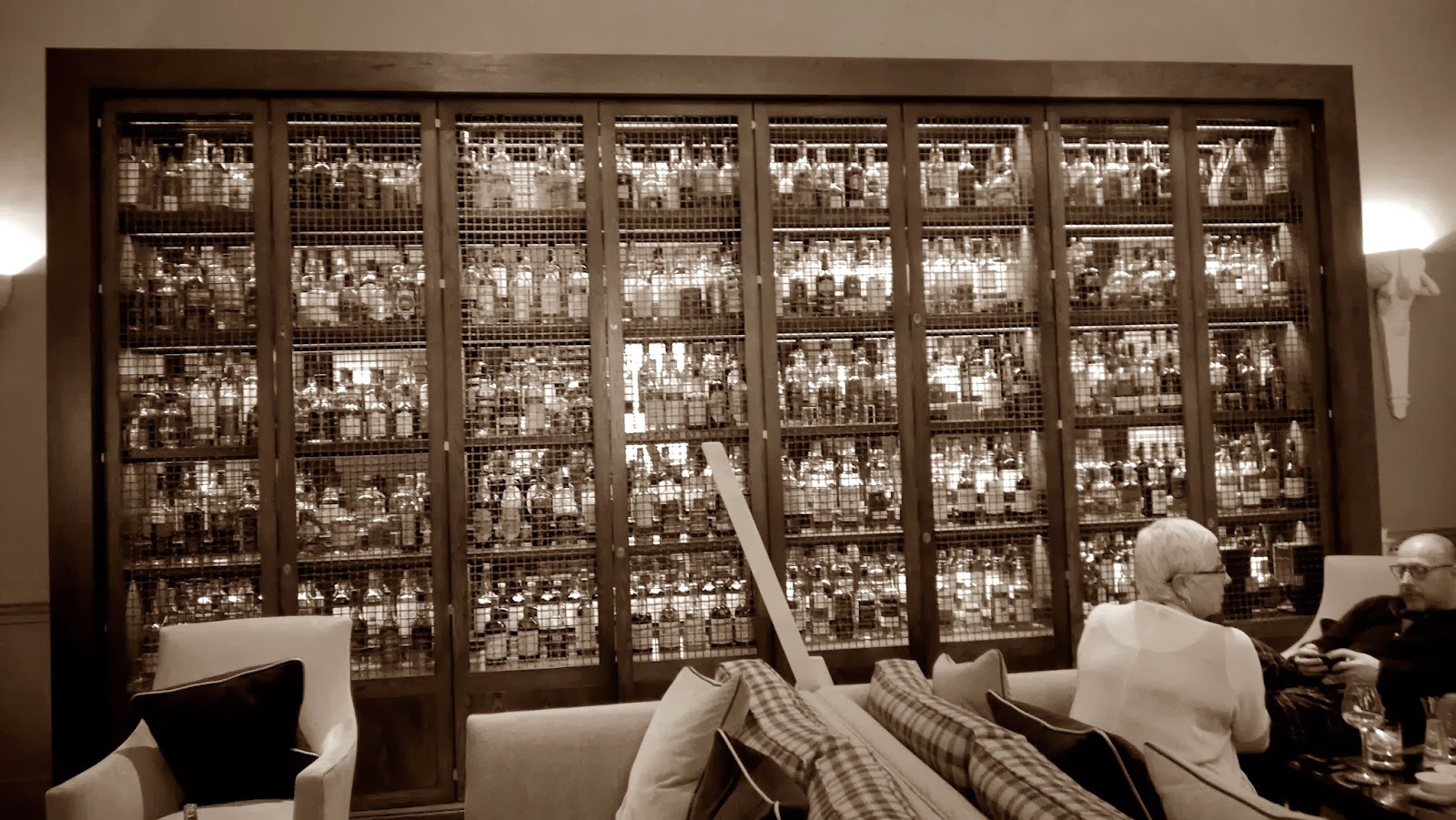 Earlier in 2013 The Balmoral opened Scotch, which is its ode to Scottish whisky. Situated in a small corner room on the ground floor of the imposing Edinburgh hotel. It oozes style and quality, benefiting from a very expensive interior design. I walk past Scotch almost on a daily basis but had never ventured inside until recently. So a visit to this new Edinburgh arrival was long overdue.

Scotch pretty much serves only whisky from Scotland and if your partner fancies a cocktail or something else then the bartender will have to call the Balmoral bar which is just a short walk away. Or you can venture across the lobby to buy your drink of choice. The atmosphere within Scotch is one of dignified calm. This could be a gentleman’s establishment or a lounge in a remote Highland hunting lodge. The main hotel lifts are directly opposite however this never impacted on the calmness within the bar. At best Scotch only sits around 20 patrons in total and even during my visit was very popular with both sexes and a wide range of ages. 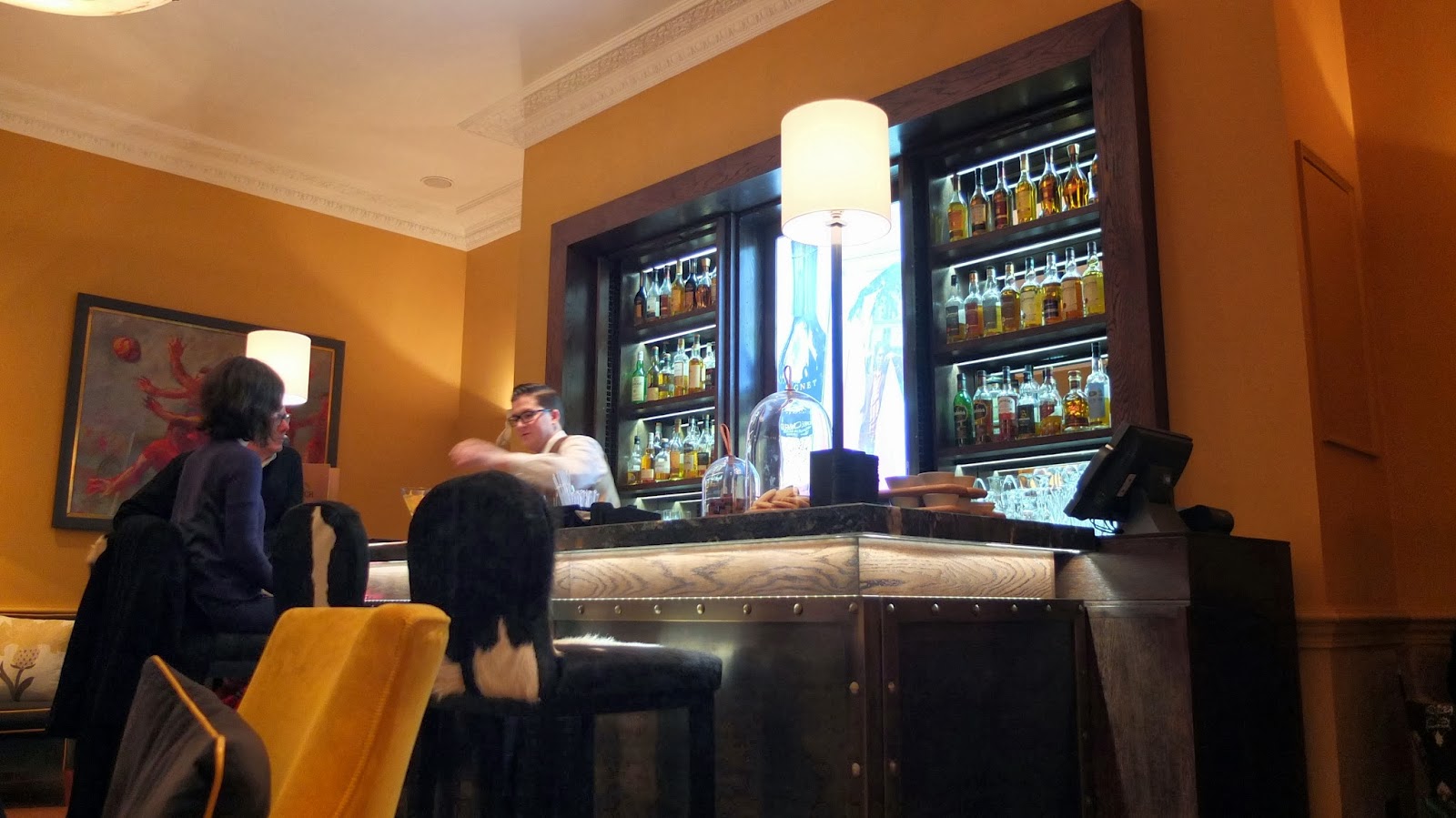 Scotch arrived to a fanfare of publicity heralding its range of over 400 whiskies after Charlie McLean queried why Edinburgh’s finest hotels were lacking a decent selection of whisky. For a comparison try visiting the Caledonian Waldorf at the other end of Princes Street; another hotel of the utmost luxury. The Caledonian lacks a specific whisky bar and the management have taken the suicidal decision to scale back their whisky from 120 bottles to around 30 now. And when I say 30, these are staple malts and blends that you would see in 99% of supermarkets.

Apart from a Glenglassaugh 30 year, this motely assortment of whiskies made for disappointing viewing in the Caledonian. My own sipping shelf at home offers more variety and I’d consider it a modest selection. For visitors to Scotland wanting to experience one of its most famous products you could be forgiven for thinking that the Caledonian just doesn’t care or is totally out of touch. This is a real shame as I have enjoyed my stays at the Caledonian and find the staff excellent. 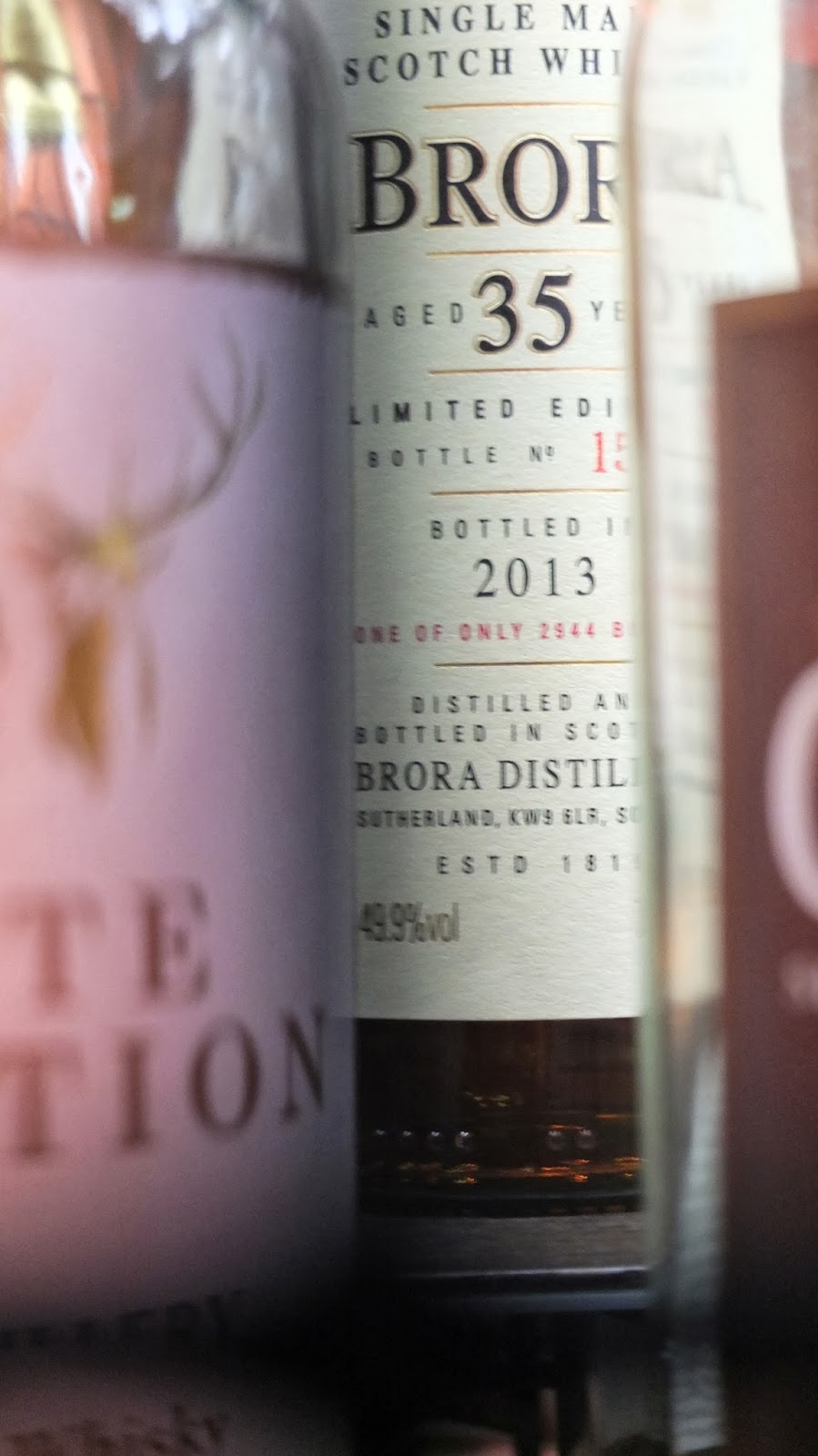 Back at Scotch I do have to point out that Glenmorangie is heavily represented behind the bar and generally on the tables. Subtle sponsorship? There are 400 or so bottles on display and available for drinking. Apart from the official bottles, the majority of these do come from Gordon & MacPhail and while this vital independent does have a world-class range of casks it does limit the range. It is early days for Scotch so hopefully over time they will be able to fit more bottles into the impressive display cabinets and broaden their horizons.

For instance I’d expect to see a Port Ellen, but there wasn’t a single bottle from this iconic distillery. Brora was only represented by the 2013 official release (pictured above) and nothing else from such a famous name. Silent distilleries were also thin on the ground with no representatives from Banff or Convalmore to name but 2.

Yet lets get some perspective here; distilleries such as the Macallan and Mortlach were wonderfully represented. I also found the pricing very refreshing generally. A Lochside for £7 a dram was a bargain and being able to experience Mortlach’s from the 1970’s for under £20 meant that a visit to Scotch isn’t as expensive as you might first think and the knowledgeable staff will point you in the right direction if required.