We’re back in the supermarket aisles for this Taste review and specifically visiting Waitrose. For foreign readers Waitrose represents the upper end of UK supermarket choice in terms of quality and price – often selling wares you won’t find in rivals. Waitrose stock several whiskies under their own branding including this 3 year old, which is their entry level malt. The question is does this supermarket with high quality aspirations deliver a whisky to match?

It is refreshing that Waitrose state this is 3 years old and don’t hide behind a no age statement like so many other bottles. They also sell an 8 year before branching out into specific regions as seen in other chains such as Asda with it’s Extra Special releases. We all know that to be called a whisky, it has to be at least 3 years old and Waitrose have been upfront with this bottle. I’m all for this honesty and telling the consumer exactly what your money is going on. That way you can make an informed choice. 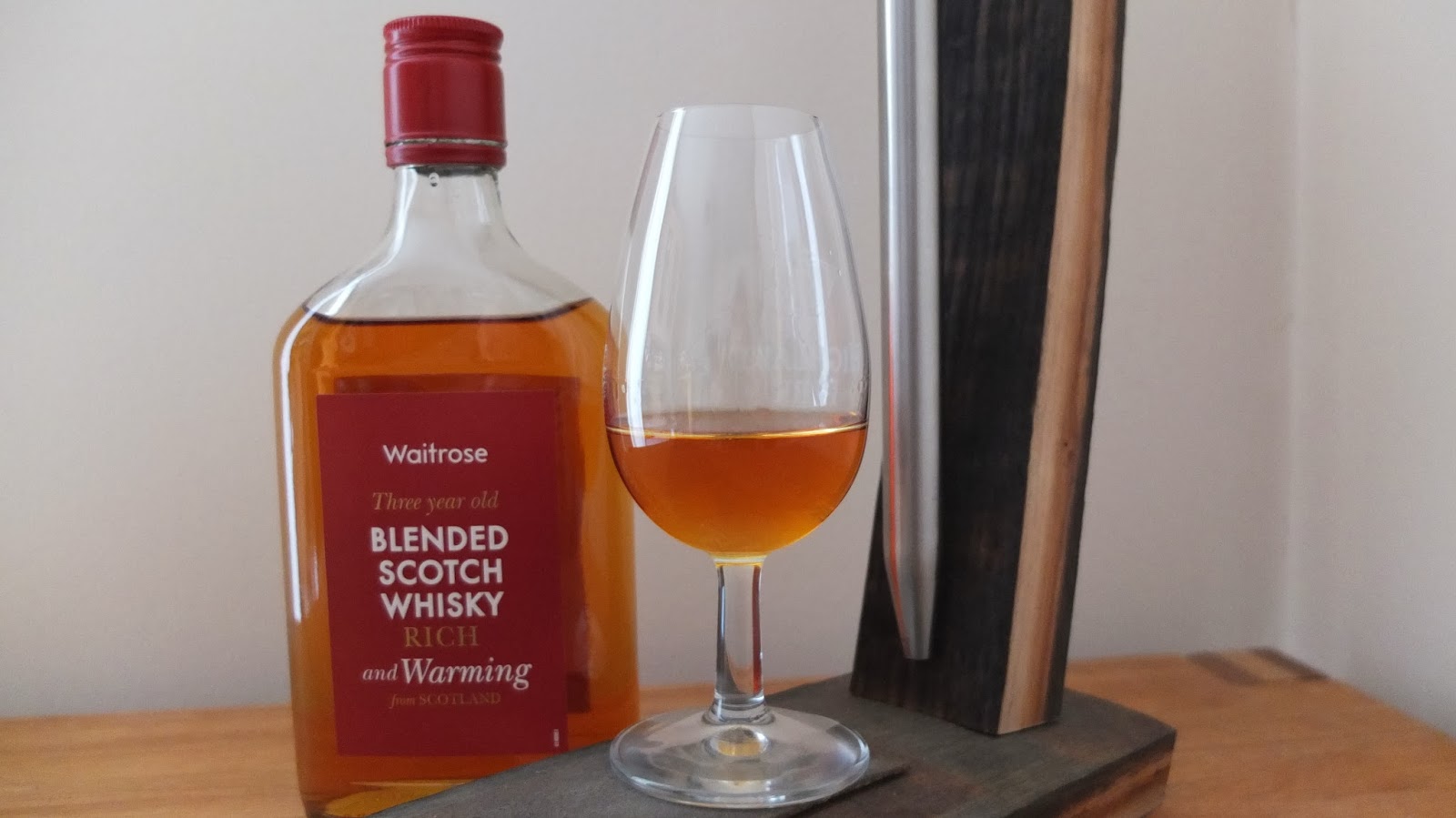 Available in a range of sizes I’ve gone for the hipster option at just £7.05 which is a funny price really. Yeah, the photo screams E150 otherwise known as caramel colouring. As we’re seeing in all of these supermarket releases additional information is thin on the ground. This is the rear blurb:

‘A classic Scotch, made with the finest single malts, matured in American bourbon casks and Spanish sherry butts and blended with Scottish grain whisky’.

Colour: Golden syrup
On the nose: Toffee, raisins, bananas, a little Christmas cake or could that just be me in December?
In the mouth: Watery is the initial impression, a real lack of alcohol fire in this blend before it filters down and provides that ‘warming’ feeling proclaimed on the label. I’d envisage a high percentage of grain is present as the depth of character is threadbare. Extracting any distinguishable taste notes is difficult; it is very smooth and inoffensive. A touch of spice, vanilla, black pepper and coconut.

Well, I was expecting a little more quality from Waitrose as so far amidst my supermarket voyage I’d place this bottle firmly at the bottom of the pile. Even at £7.05 this feels overpriced compared to its rivals and it actually tastes as if it was bottled at 30% strength. This one is going straight into the cooking whisky box. For some it may have some use as a cocktail mixer but I cannot recommend anyone actually purchases this.
CategoriesBlends
Tags
waitrose

Aye we’re back in the realm of supermarket own label whisky releases and specifically Morrisons with its Blended Scotch Whisky offering. Funnily enough, the label..