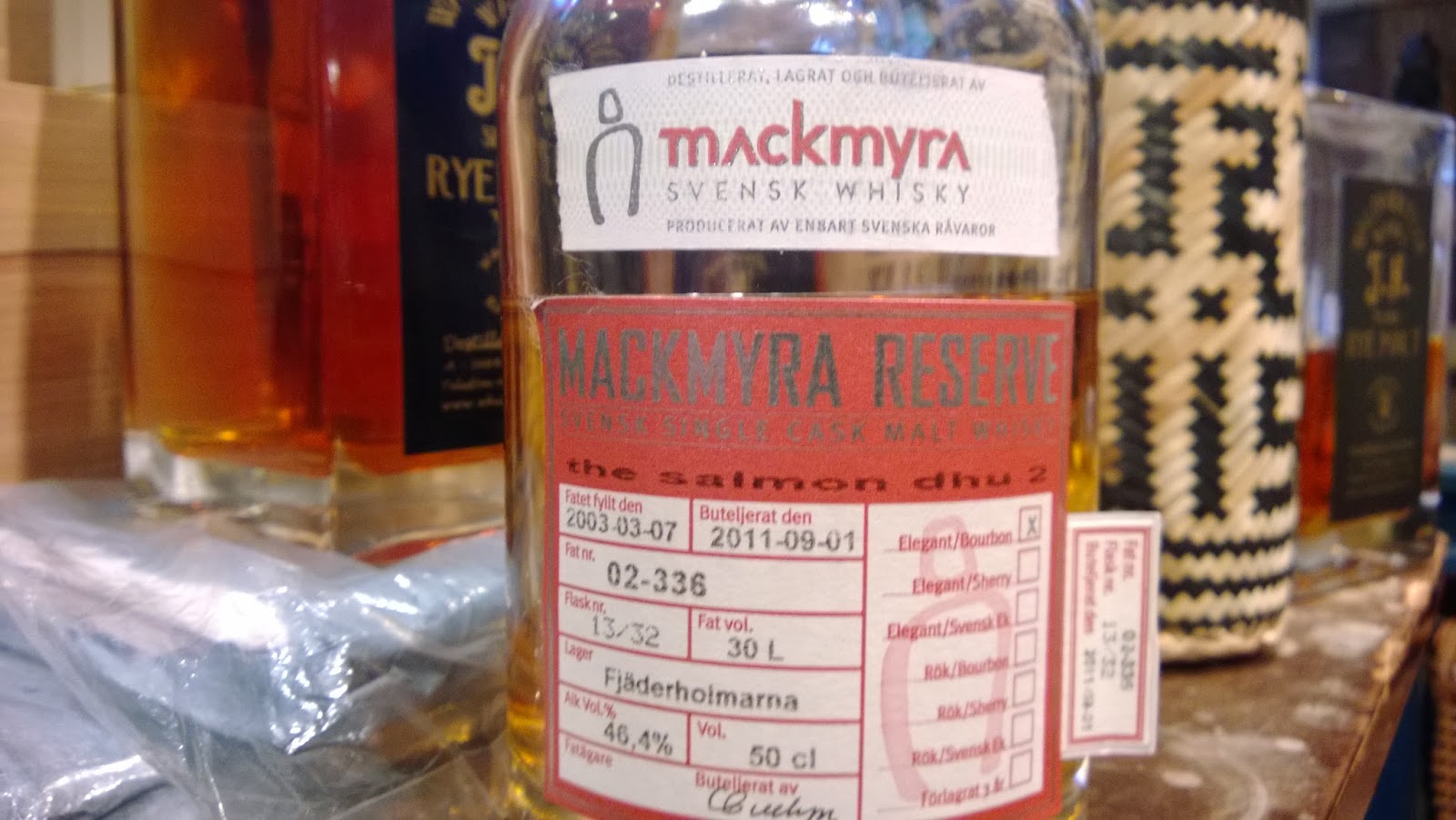 This is another sample that I picked out from the awesome world whisky collection that the Jolly Topper has stashed away. It also marks the midway point of our brief Scandinavian trio with the arrival in Sweden’s Mackmyra distillery.

Built in 1999, Mackmyra has gone from strength to strength with a sister distillery being established in 2012 with its unique gravity design. This has now taken over the complete distillation in 2013, but for a few years yet we’re able to enjoy the original process, whilst waiting to see the impact of this evolution.

I should add that the sample came out of the bottle pictured above but it isn’t the original bottle as this 8 year old sample comes from a private cask for those with money to actually purchase a cask. The nearest I’ve come to this is my name on a Glenmorangie cask as part of their Generations of Wisdom programme. While a financial outlay for any complete cask is initially attractive, followed by the huge taxes, I must admit there is some attraction in owning a cask yourself and controlling its destiny. So the photograph above is only the vessel and not a true bottling reflection. Instead lets have a photograph of the sample… 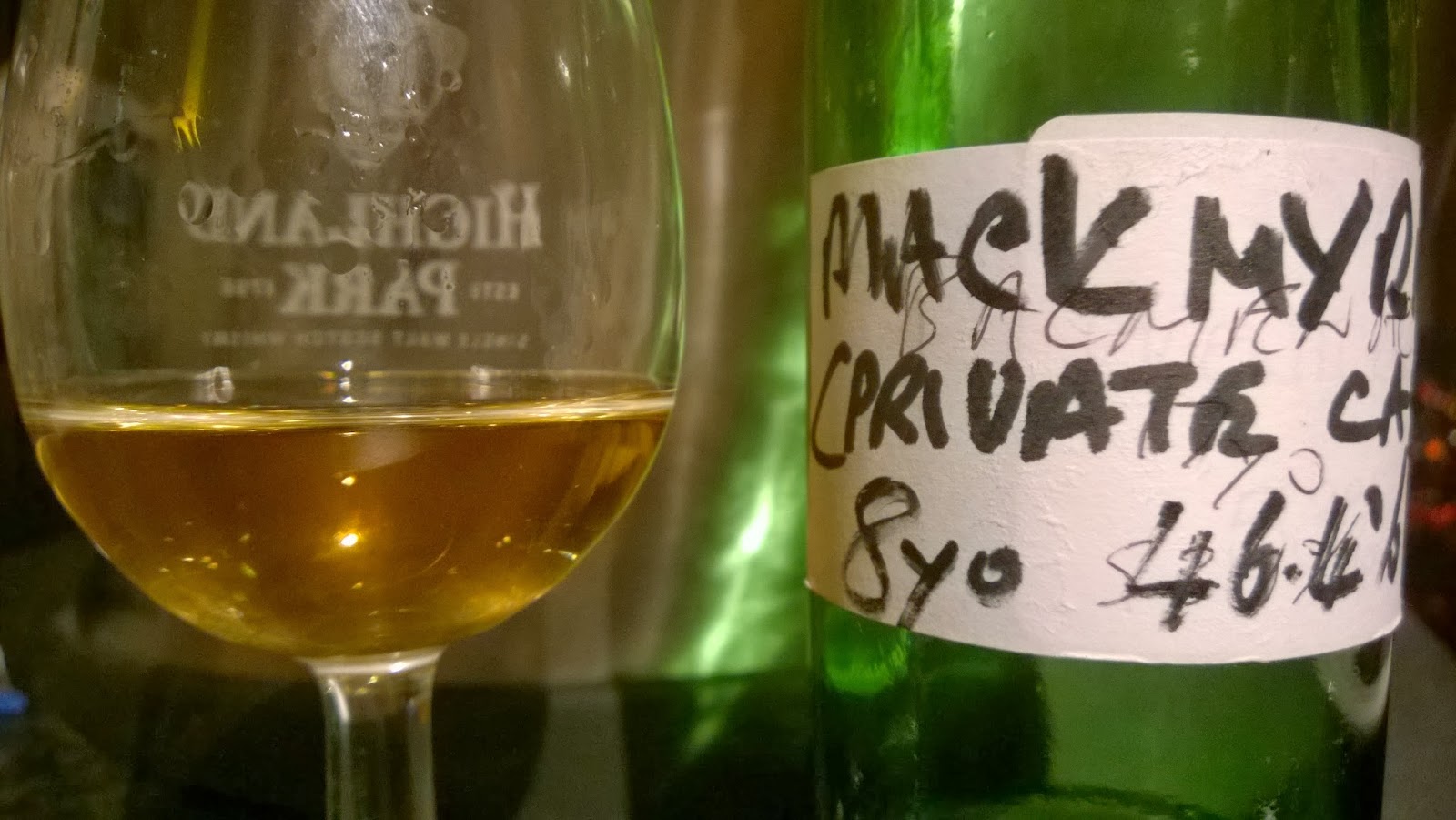 Colour: fresh straw
Nose: a subdued nose initially, a blast of cream soda which moves into old fashioned home made lemonade. Then some sherry influence with juicy mince pies and walnuts.
Taste: Mellow is the first impression, for an 8 year old whisky there isn’t that much happening on the tongue to highlight. A scattering of spice, honey, orange with a long black pepper finish.

Not bad at all, but I’m glad this is just a sample rather than a full bottle. I’d want to try other Mackmyra releases before shelling out for a full bottle.

In preparation of the forthcoming Arran Tweet Tasting event I thought it best I dig out a sample and see how things are progressing at..