Living in Scotland does have its plus points at times even amidst a downpour. While it may lack the sunshine of California or that French chic, come the weekend there is always an option to visit a distillery for the day. Deanston is one of the nearest to home and offers a winning combination of fresh food and inventive whisky. So much so that this is my 4th visit, with many more to come no doubt especially if there is a 2014 festival later this year.

I‘ve written about a visit Deanston previously so the only difference with this specific tour comes with the tasting at the end. Therefore I’m not going to go through the tour itself in any great detail; you can read my previous summary here. It remains the cleanest distillery I have yet to visit and is unique in many ways partially due to the original purpose of the site. I always travel armed with a camera and the distillery is very open minded to photographs, as long you as turn off the flash. This means a new set of photographs from this specific visit are available via the Facebook Page or right here. 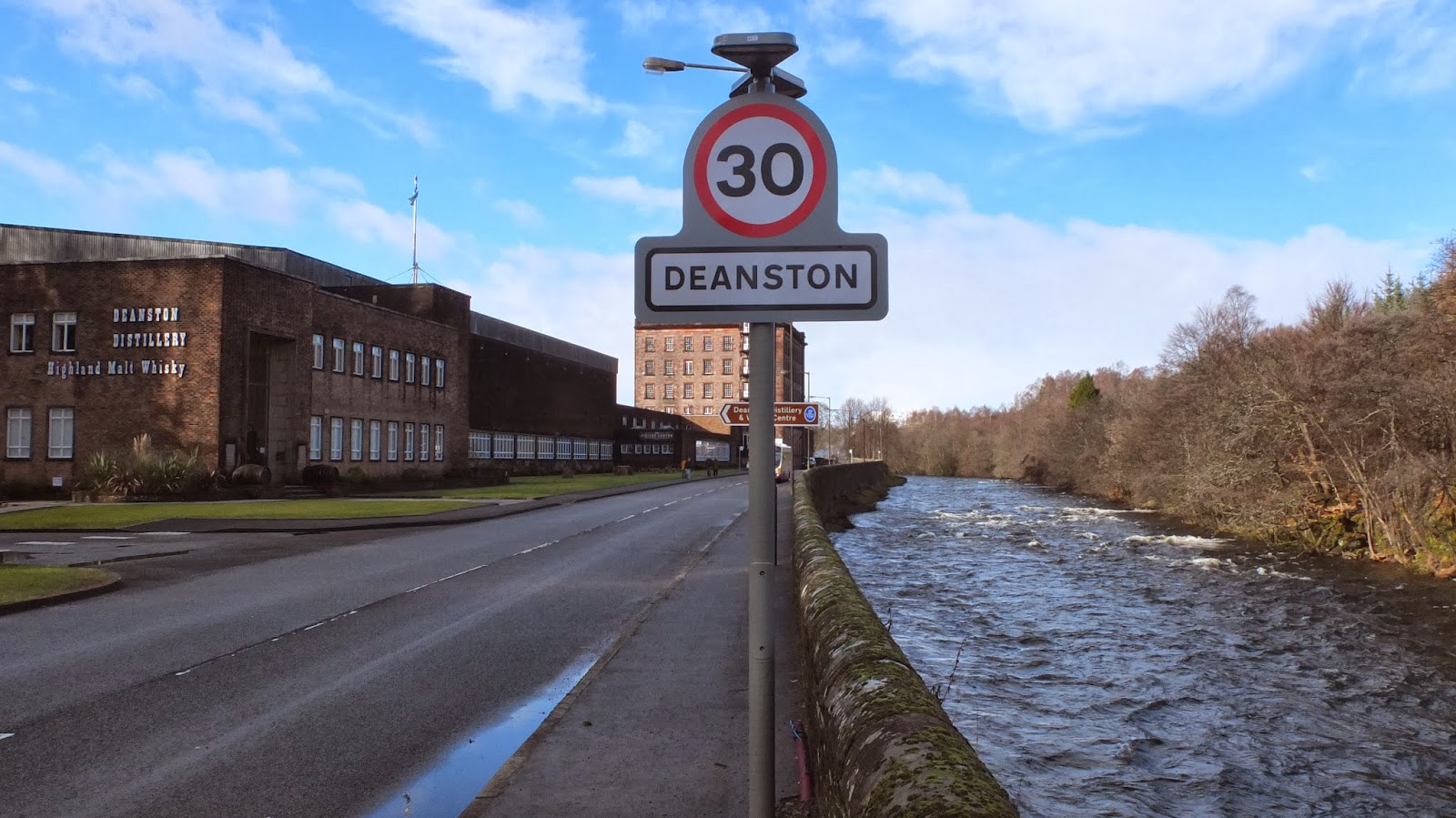 Deanston is a popular destination for locals due to the excellent food it serves and for tourists wanting to experience a distillery without travelling too far. Yes, Glenkinchie in East Lothian is nearer to Edinburgh but the tour is straight out of the Diageo manual and therefore dull, like the whisky itself. Deanston is ideal for combining a lunch or a snack before or after taking a tour thanks to a thriving cafe. The whisky is incorporated into the food when possible. I did enjoy the haggis, neeps and tatties although my own whisky sauce is more luxurious and time consuming I expect to create. You can see a photograph of the haggis in the above link, a little more coarse than the version I love from Dingwall, but rewarding nevertheless.

Deanston offers several tours to visitors and I’m slowly working my way through each of them. A new arrival for 2014 is the whisky and chocolate tour that is currently being run for feedback and sold online via a deal site. Marrying food with whisky is a growing trend and receiving more coverage nowadays. For too long it has been the home turf of wine, with beer trying to muscle in on the act lately. When my better half purchased a couple of vouchers as a last minute surprise well I couldn’t refuse another tour.

The only suggestion of food I’ve had with a prior tour was at Oban when we were given a piece of ginger to taste the whisky with.  I’m not a huge fan of the standard Oban bottling yet the combination did work very well. The Tullibardine distillery does offer a chocolate tour as well which is popular and often available on deal websites.

Deanston does focus on the skill of those who focus on a specific craft and sell wares from local producers in the shop. The distillery store is according to my better half, the best example she’s visited whilst accompanying me across all these distilleries. It doesn’t limit itself to just whisky from Deanston or its parent group (Bunnahabhain, Tobermory), and over the years I’ve walked out with a wide variety of gifts and items for the house.

This emphasis on supporting local businesses continues into what comes out of the kitchen on a daily basis. With this ethic it isn’t a surprise that Deanston has teamed up with the Highland Chocolatier situated near Aberfeldy in Perthshire, to provide pristine examples of the marriage between whisky and chocolate.

I can often be cynical but you cannot criticise until you’ve actually experienced it for yourself. So after an enjoyable tour around Deanston, once again we found ourselves in the Tasting Room to try out this potentially new engagement. 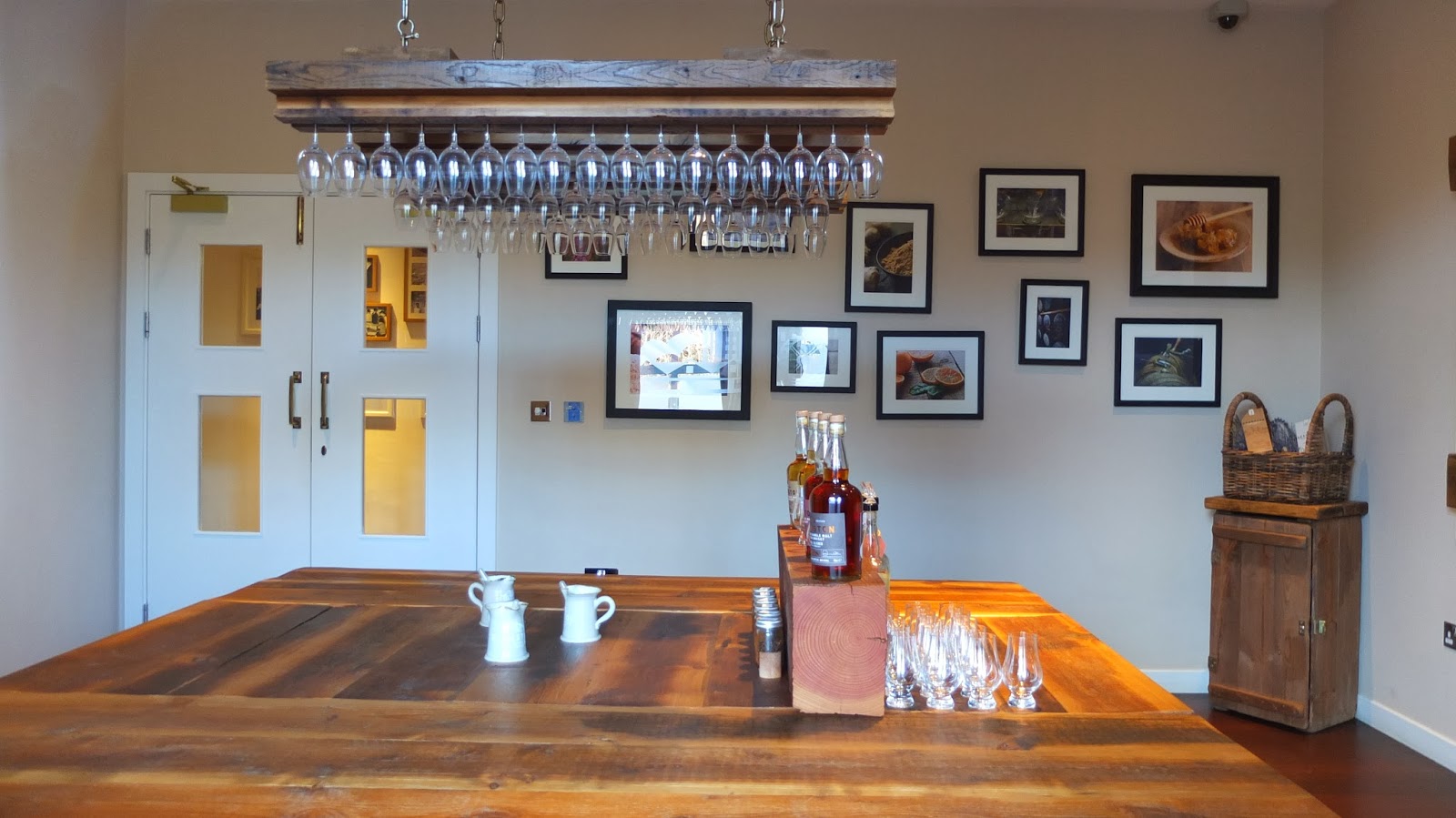 The 2 malts served up on this tour are the staple Deanston 12 year old and the excellent distillery exclusive and limited, Spanish Oak release, which I’ve reviewed here. When I first tasted this particular bottle in 2012, I immediately felt that this sweet dram would be an ideal end to a meal, so I’m not surprised to see it used in this setting. With just 787 bottles available for the Spanish Oak (at £90), it offers takers of this tour a lovely example of an aged whisky with true use of casks rather than these fashionable brief finishes. The tour guide is also charming enough to offer a taste of another dram, which here was the well received virgin oak no age statement release.

The shop offers several exclusives along with a bottle your own from a sherry cask. The 2013 Festival Edition was also available and while I own a bottle it has yet to be opened. Taking a tour means you receive a £5 discount on a bottle from the shop and I am still eyeing up the 37 year old, although £800 would mean it would equal the most I’ve spent on a bottle. Records are there to be broken or at least equalled; come to think of it that £5 would put an end to such an sentiment!

The chocolates themselves are excellent and I’ve tried some of the best Scottish examples over the years. It never fails to surprise when you’re on a remote island or in the northern extremes of Sutherland and you’ll stumble across a local chocolatier who can hold their own against the very upmarket Paris boutiques. Combined with Deanston examples, the chocolates work extremely well and reinforce the luxurious feel of both products.

This isn’t a tour option I’d take on a regular basis however from discussing observations from the small group overall, it was clear that this combination of food and whisky opens imaginations. Other members of the tour weren’t whisky drinkers (with the exception of one) and normally wouldn’t enjoy or appreciate a dram. This new combination with chocolate meant they finished off everything and most importantly, enjoyed the experience. Hopefully this new found appreciation will translate into exploring whisky which is half the fun.

The whisky & chocolate tour is a success and offers a more digestible option if you are new to whisky and enjoy the finer things in life.  As I said to one of the group after tasting the Spanish Oak; there’s no going back to the cheap stuff after you’ve had a fine dram!

Several distilleries are now offering visitors the opportunity to bottle their own from a specific cask. Not only is there a sense of theatre from..

I’ve had a bottle of the Deanston Spanish Oak for too long now so it was about time to re-experience this distillery exclusive partially prompted..