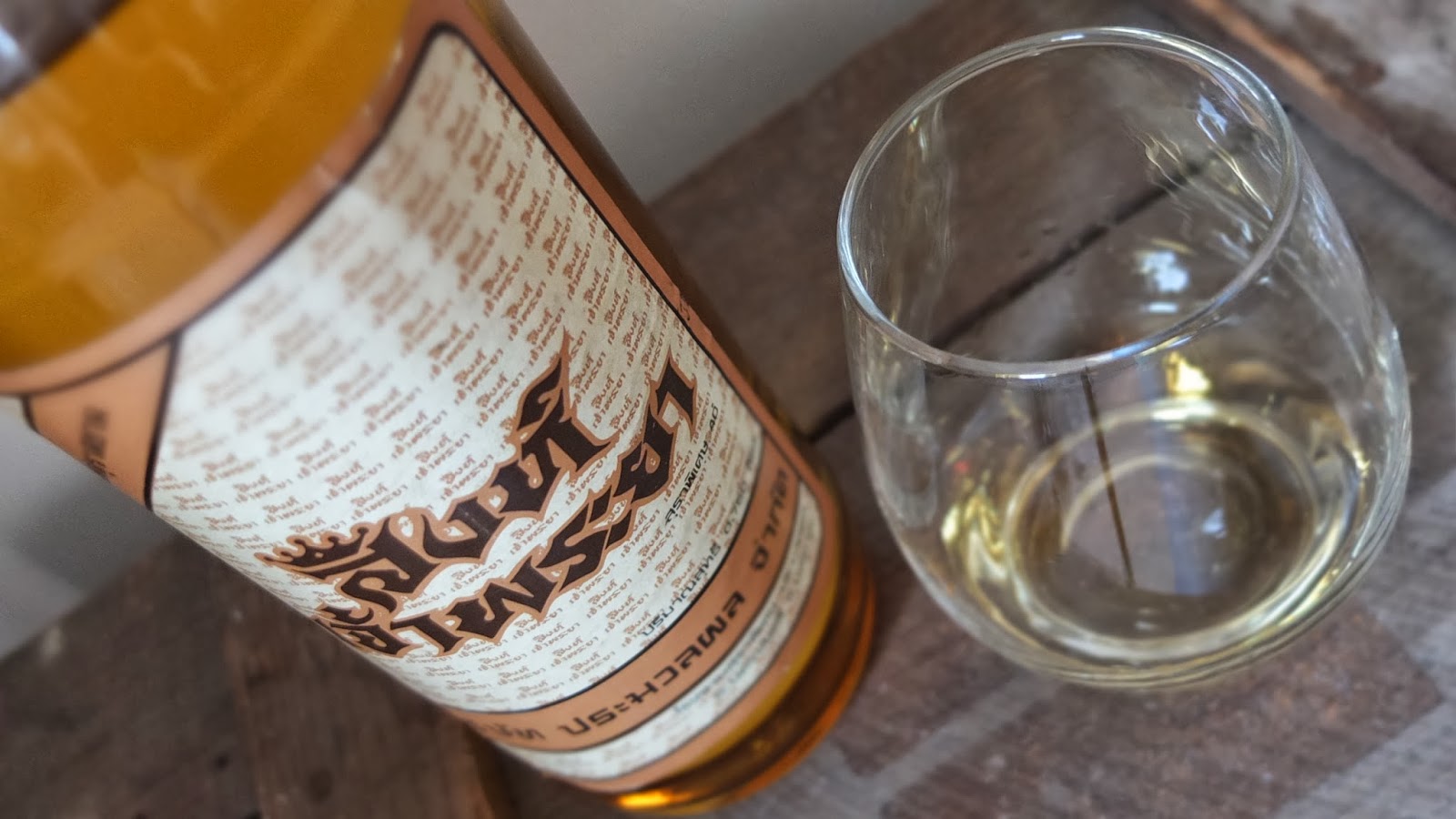 This is very much a leap into the unknown with the final Thai whisky that I purchased as part of an auction job lot. The trend has been upwards, so hopefully by chance, I’ve left the best till last.

On paper this might be the shortest Taste review on Whisky Rover as I don’t really have much to say about the bottle, distillery or background. Maybe one day we’ll be able to identify this bottle but what I can say with certainty is that after the review is done I’ll be passing the remaining whisky to a local tasting group. That way a few others will be able to experience an unusual/rare whisky that might broaden the horizons a little. The only English on this example is the United Products Company logo on the cap and that’s your lot. 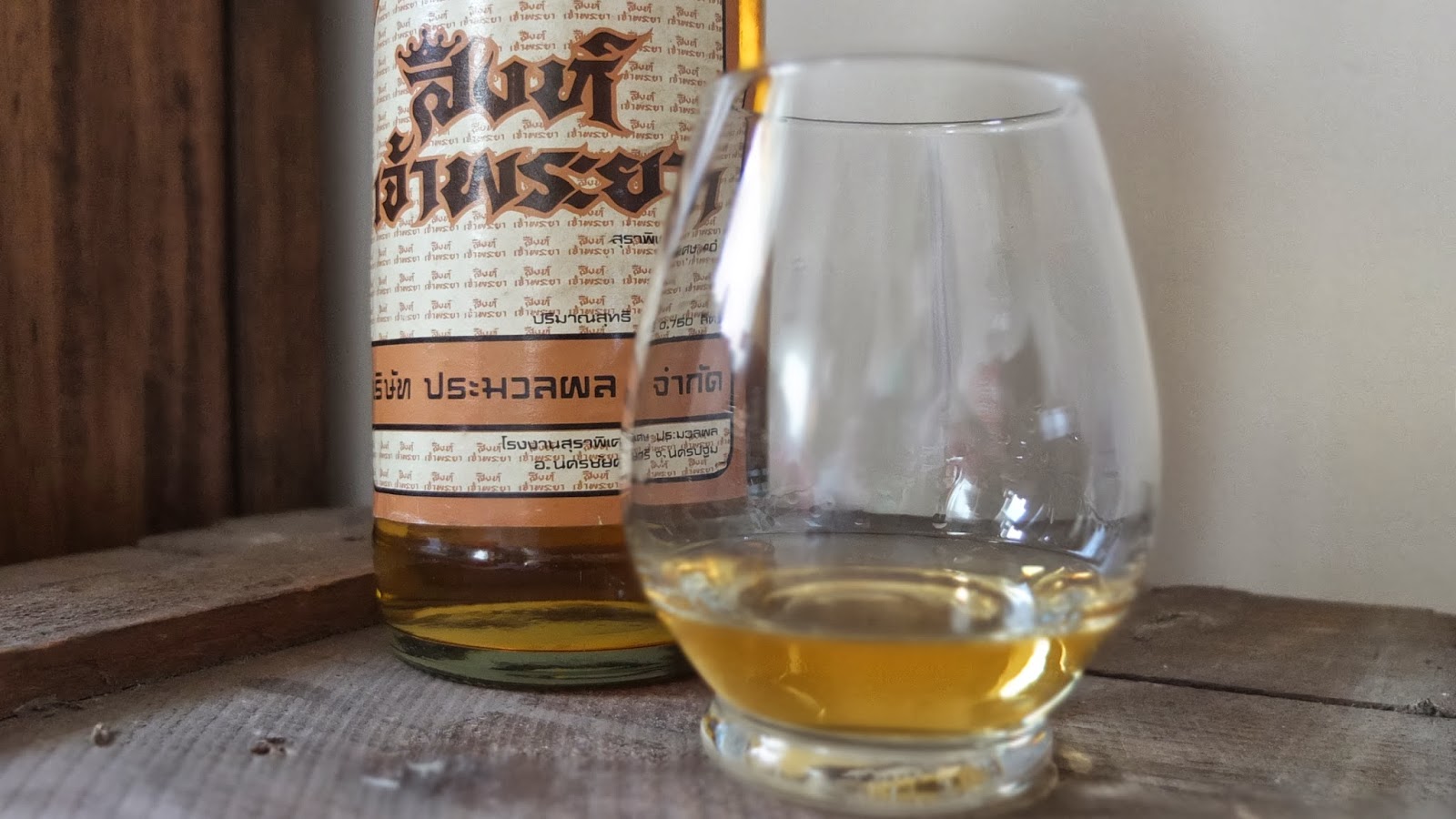 Colour: In the bottle this seemed to have a red-ish apple tint, but in the glass it is more freshly cut hay assisted with the addition of colouring.

Nose: The overriding emphasis is bananas, very much like the Singharaj Special blend but this expands a little more offering a touch of lime cordial, pineapple and to finish an oily note that I can only describe as melted butter. Overall this offers the best nose of the 3 Thai whiskies.

Taste: Well, this is one unique experience. The initial hit is black pepper, followed by spicy notes that unfold before the mashed bananas dominate the palate resulting in a swift finish. Again very limited and from what I hear about Thai whiskies and spirits in general, the use is more of a spirit mixer with the end result to reach a certain physical state as quickly as possible.

Out of the trio this is the most reasonable whisky on the palate and nose. The others were ruined by unusual notes and unpleasant characteristics. By no means an average whisky, this is drinkable but only just.

Time for the 2nd of the trio of Thai whiskies I’ve been experiencing. This one offers little English on the bottle so my information might..

I am a firm believer that whisky is all about new experiences and as the world becomes smaller, previously distant bottles are now just a..

Aye we’re back in the realm of supermarket own label whisky releases and specifically Morrisons with its Blended Scotch Whisky offering. Funnily enough, the label..