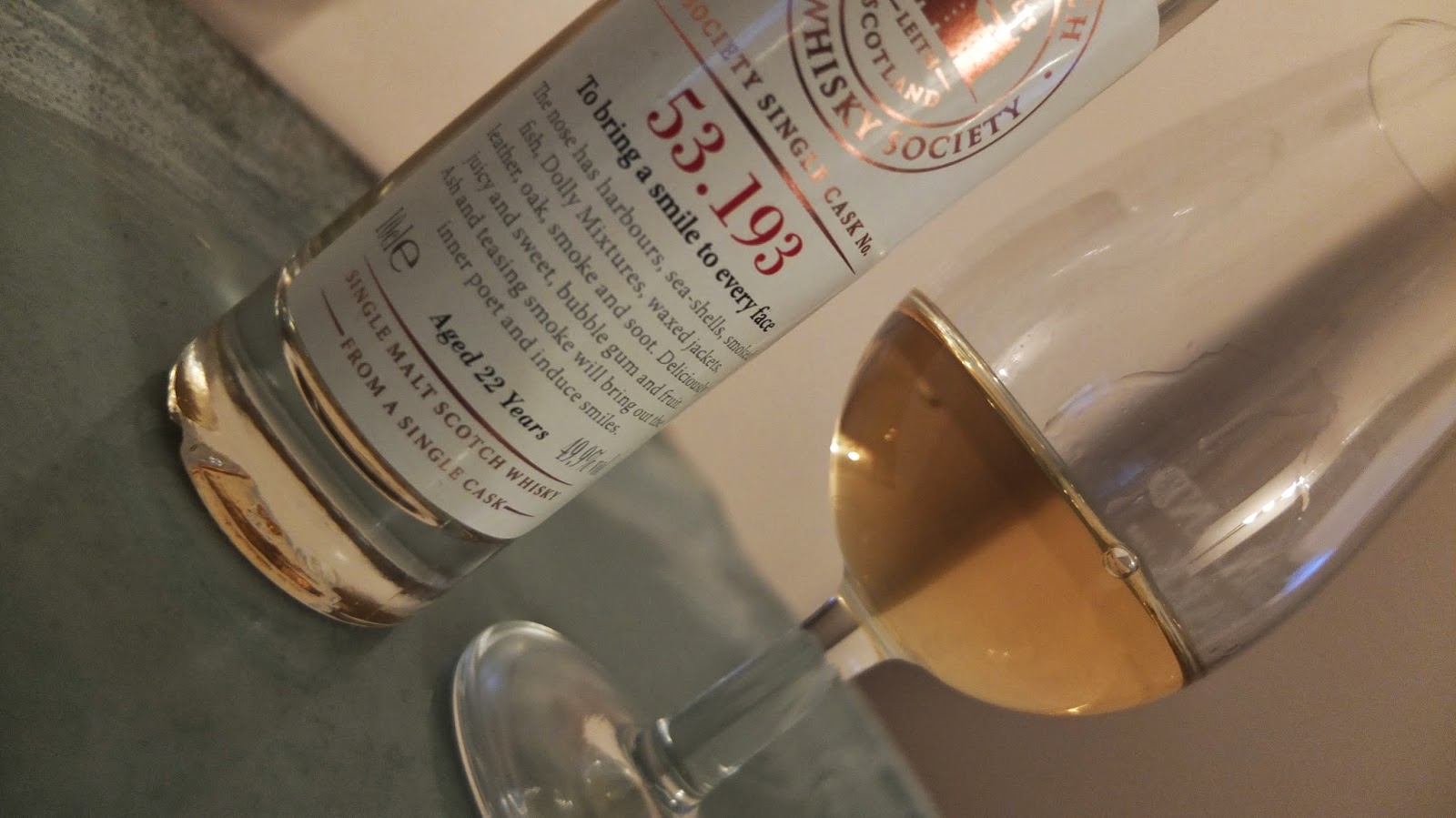 Here is the second of my recent Scotch Malt Whisky Society membership package offerings. We’re moving up the ages now, specifically to Islay and Caol Ila, with this 22 year old bottling with the code 53.193.

Caol Ila like Mortlach (which is currently making the headlines for all the wrong reasons with Diageo’s recent luxury repositioning), is held in high esteem by whisky fans and is an important distillery. The distillery itself isn’t much to visit, having been rebuilt but at least you are guaranteed a spectacular view from the still room. The spirit is mostly shipped off to mature elsewhere so Caol Ila is born in Islay but sleeps on the mainland.

I’d take the option of an ugly duckling distillery that produces a great whisky over the reverse and that’s what you receive with Caol Ila. There’s plenty of it out there as well. Diageo offers a range of releases and if you’re struggling to locate one of those, rest assured it is one of the most widely supported distilleries by independent bottlers. 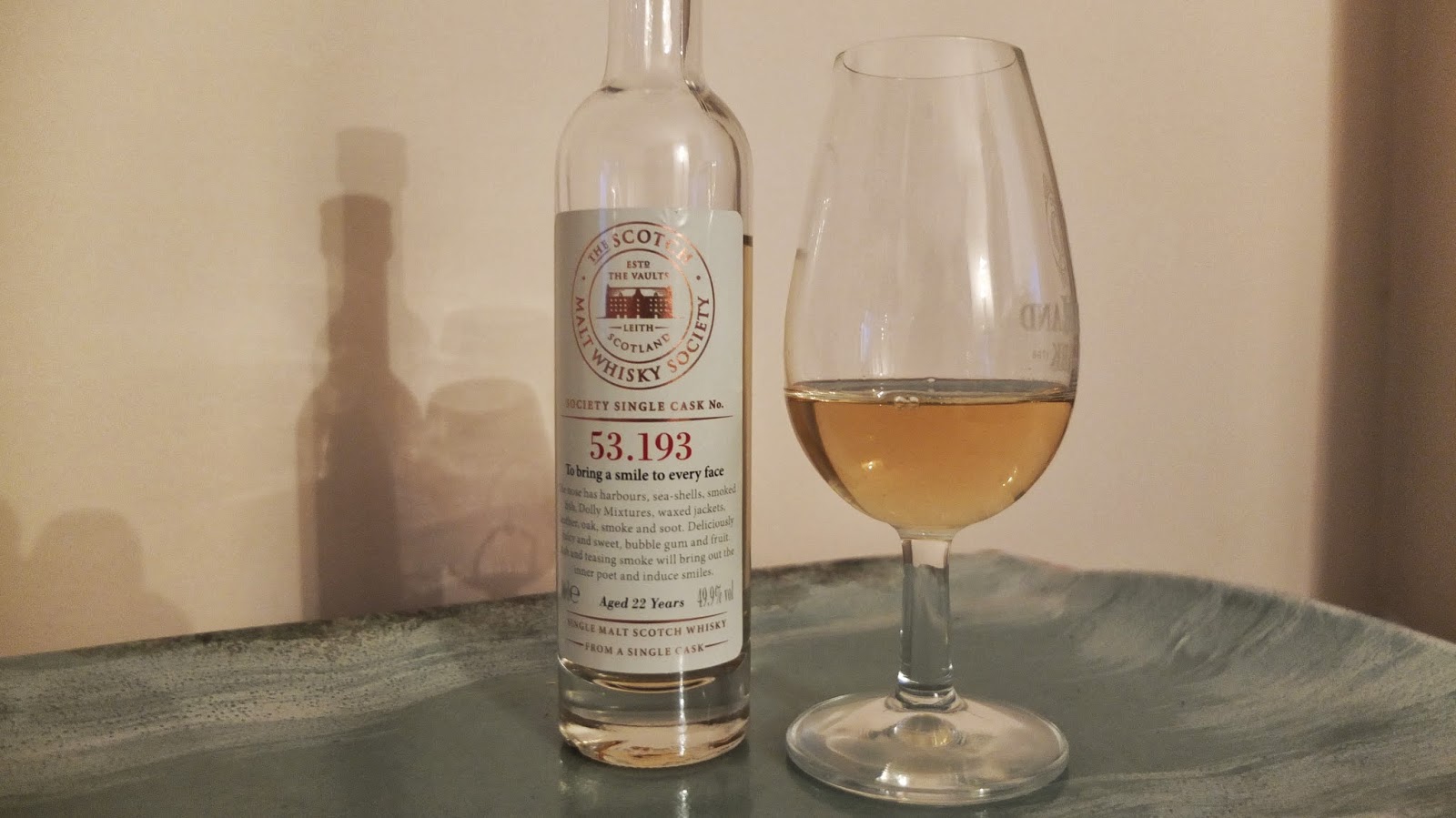 Enough, lets get the bottle details out of the way before the tasting itself:

Nose: a huge peat blast waking the senses and letting you know this is Caol Ila. The salty coastal air is apparent, seaweed, brine, mint, damp wood are dominant. Yet a sweetness resides behind this initial skirmish that isn’t as devastating as it sounds, I’m thinking melon alcopop of all things and cream from an aerosol can.

Taste: the nose had set the expectations that this was going to a huge peat monster, far from it in fact. The peat is there but at 22 years its an old lad taking a breather in the rocking chair whilst having a smoke doused in pepper. With water some lemon comes through, assisted by a touch of sourness that I can only describe as grapefruit before a prolonged sea salt finish. Unmistakeably Caol Ila.

Very enjoyable and perfectly drinkable without water. Age has delivered a sense of refinement and sophistication to this Caol Ila. The young feisty peat has mellowed and allowed other characteristics to come through and steal the show.

Caol Ila distillery has a wonderful setting on Islay and the greatest view from a stillhouse I’ve visited. Yet through modernisation the distillery itself has..