Whisky is becoming increasingly more expensive. While the industry can often quote in the UK as taxes being a major factor that won’t be the case with a status quo being revealed in the most recent UK Budget. Brands are repositioning, shifting for attention and seeking those luxury niches that the blue chip distilleries want for their own.

Bargains do exist and regular readers will know that I’ve been reviewing many of the supermarket blends that are extremely popular with British residents who enjoy a dram but cannot afford a single malt. Recently we’re seeing supermarkets offering single malts as special details at almost blend prices. Needless to say these are proving very popular and if something is marked as reduced in Tesco’s (for instance), it’ll fly off the shelf. There are some cracking deals, not even restricted to staple 10 or 12 year editions, as I picked up a Laphroaig 18 year for £39 recently.

We have debated on the Bladnoch forum how they can actually make any profit at some of these special prices. Perhaps this is a form of bargain-tasting tapping into the lower end of the market in terms of pricing and showing the masses that new taste experiences and bang for your buck can be unleashed for a few quid more. That in turn may transform into buying that brand when it returns to its normal price. 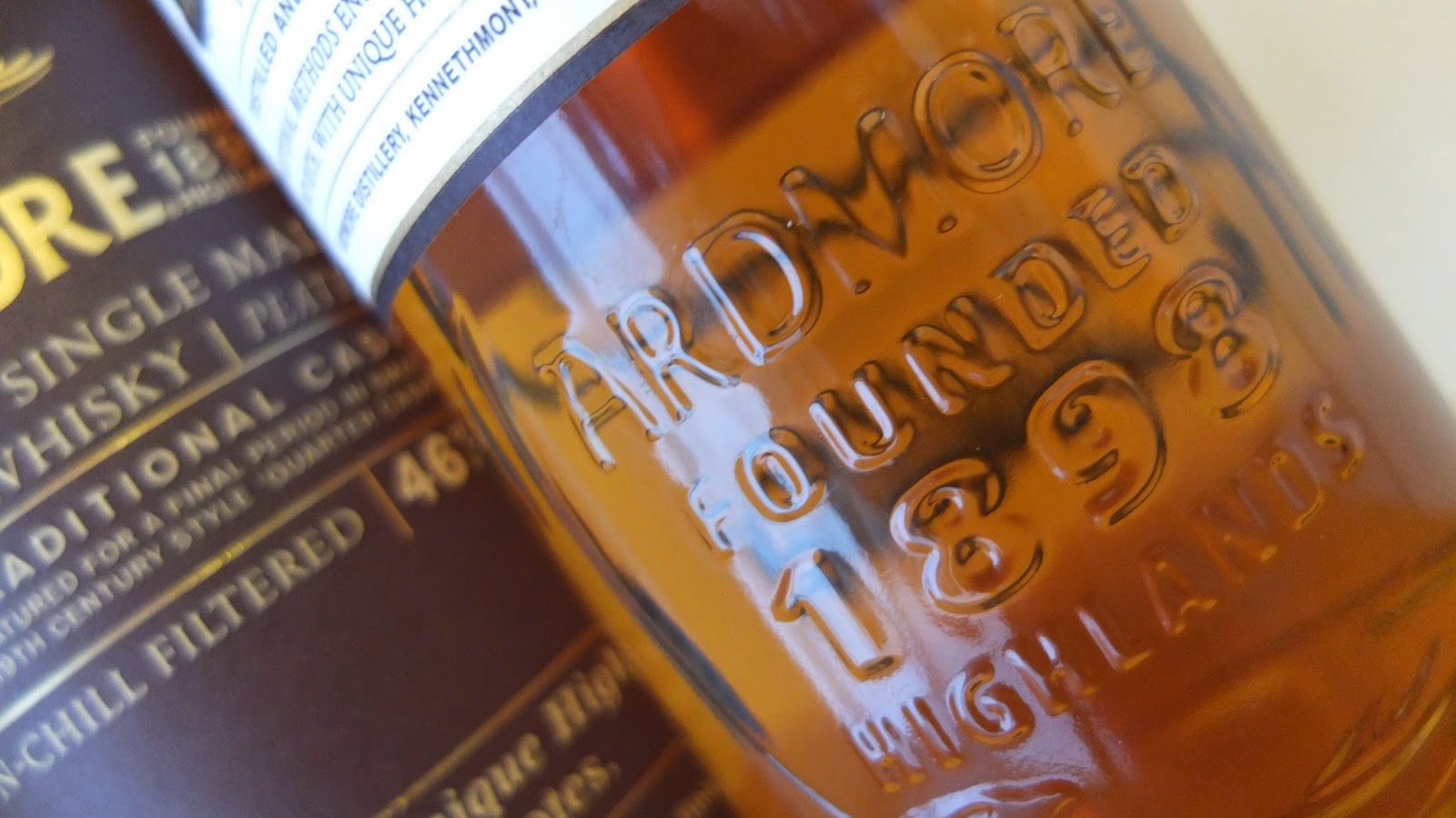 This takes us onto Ardmore owned by Beam Inc. With price being a huge focus many of the more unfashionable distilleries that lack huge marketing budgets or streams of professional bloggers waxing lyrically about each edition, can now compete. I picked up this Highland distillery from the Aldi chain for just under £23 and I’ve seen it on special elsewhere over the past year.

This Ardmore Traditional is a No Age Statement (NAS) release and I’m always annoyed by the wave of publicity that proclaims NAS is great. When you scratch beneath the surface you’ll realise that NAS is far from wonderful and NAS is overpriced in some releases especially those by Diageo (Talisker) and Macallan. Funnily enough those being so positive have strong ties to the industry, as they try to move us away from age statements to a more profitable range of releases. Age is important for some consumers so provide the information and let them make an informed choice.

This Ardmore Traditional release is according to the Malt Whisky yearbook 2014 a vatting of ex-bourbon casks aged between 6-13 years. Once vatted it is put into smaller quarter casks for another year to infuse. I’m always saying distilleries should give us this information on the release itself, instead I get to read about a Scottish golden eagle. 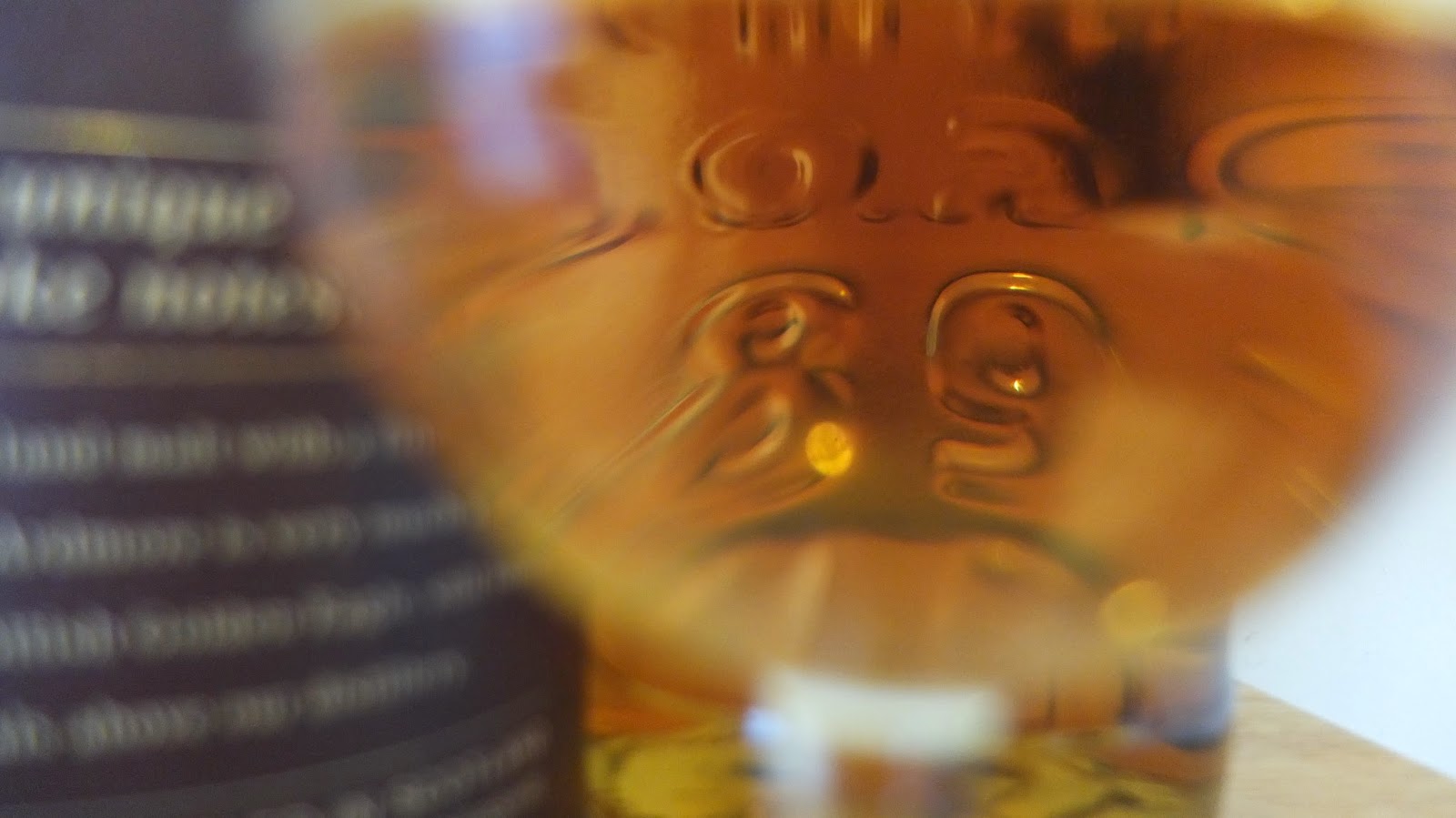 The general blurb on the cardboard packaging tries to reinforce the traditional approach that the distillery takes including 46% and non-chill filtered. Fantastic, then it undermines this by not mentioning the use of caramel to adjust the colour. How do I know then? Well, just below the bar code is the Danish phrase ‘farven justeret med karamel’ or  translated into English ‘the colour adjusted with caramel’. Again, more honesty and information for the consumer please.

So the Ardmore is a Highland peated whisky which wasn’t a common sight until recently but more distilleries on the mainland are now experimenting with the use of peat.  This wasn’t always the case as most distilleries in bygone times were influenced by peat. Our palates have changed and whiskies have become more sweeter over the decades. Ardmore was mainly used in the Teachers blend until breaking into the single malt market 7 years ago. This Traditional is the core offering and the most prominent release Ardmore offers – lets get into the bottle now. 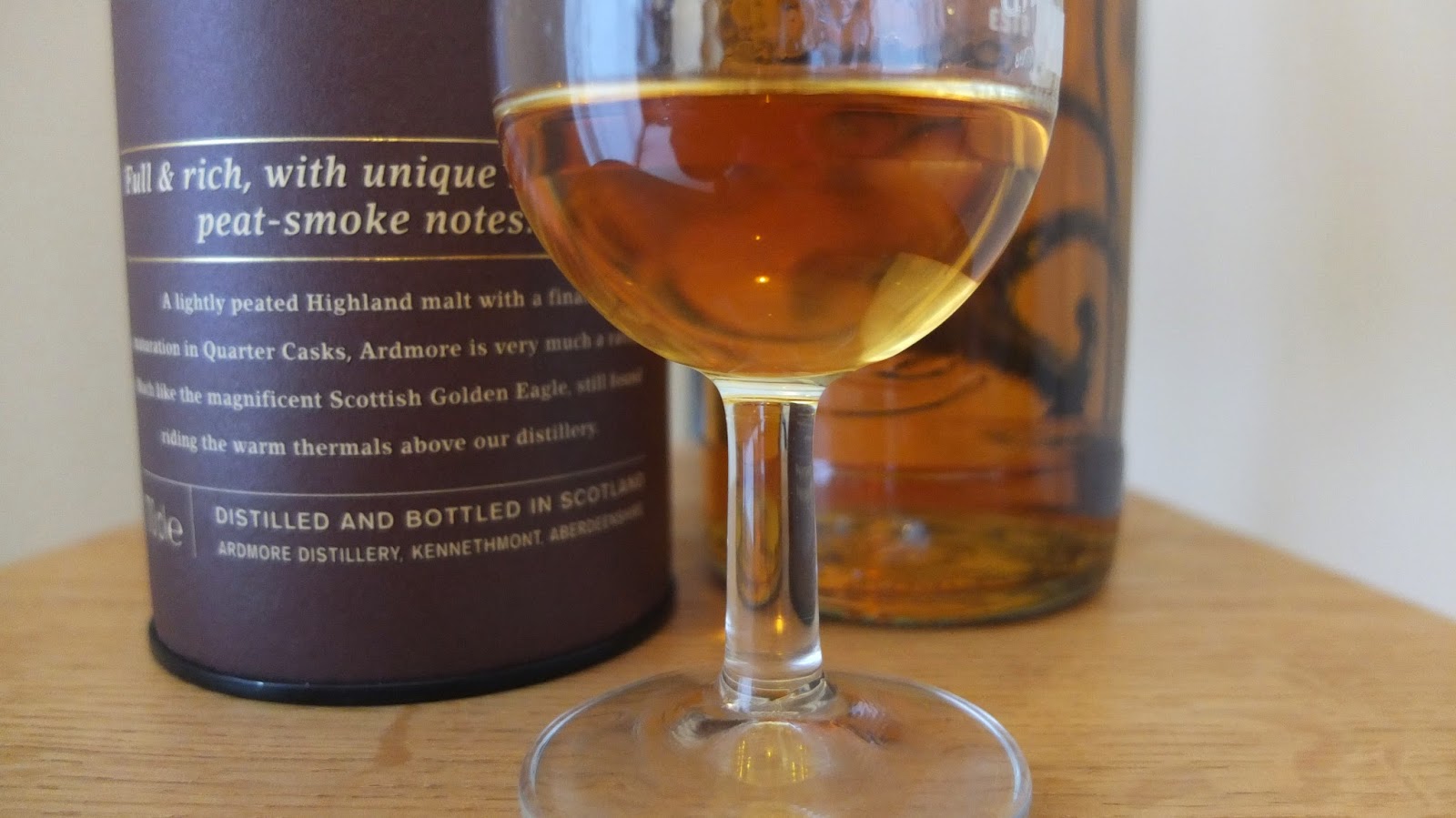 Distillery: Ardmore
Age: NAS but a vatting of 6-13 year casks, matured for a further year in Quarter casks
Strength: 46% ABV
Additional: Non-chill filtered, the colour has been adjusted using caramel so E150

Colour: could this be caramel?
On the nose: peat smoke obviously but not a huge raging storm instead a smouldering residue. Roast beef, puff pastry, walnuts, liquorice, tobacco and caramac. Not a hugely expansive, rich and spellbinding nose.
In the mouth: I’m almost tempted to type Pete to avoid the obvious. The taste is more pleasant and peat is the main characteristic and has a refreshing, sweet emphasis laced with honey during its journey on the palate with liquorice again and crushed coffee beans. This is just a really nice dram, not pretentious or flashy and does what it says on the tin.

I keep mentioning information is key for the customer. While distilleries are quite happy to hide behind the NAS statement, it doesn’t do everyone a favour. Here is a decent example of components that on average I’m tempted to bet are older than many other NAS releases that retail for two or three times the asking price. For £23 this is a lovely drop providing real value and a decent tasting experience. The peat smoke is gentle lacking the full frontal assault of some Islay examples and 46% adds to the harmony; I’ll take 2 please.