Recently on Twitter I expressed my disappointment with the Lowland category in the latest Whisky Magazine awards. The winner by default was Glenkinchie which seemed to be the sole entry. I’m not a huge fan of the Diageo distillery, yes moving to a 12 year age statement from the original 10 year has helped but not hugely. The malt remains very benign and somewhat lacking in character although its setting is very picturesque.

As I was reminded at the time there are several possible entrants in the Lowland category on their way and surely we’ll see Bladnoch back soon enough. New distilleries are being built and casks laid down for the 3 year minimum; soon there will be an influx of Lowlanders. However sometimes you forget what is in your backyard and that brings us to the beautiful Fife farm distillery Daftmill.

Since 2005 the distillery has been laying down casks and waiting for the spirit to mature and meet the high expectations of its owner and distiller who is searching for a light, floral malt. It’s impressive stuff but I’ll come to that later instead lets take a look around Daftmill. 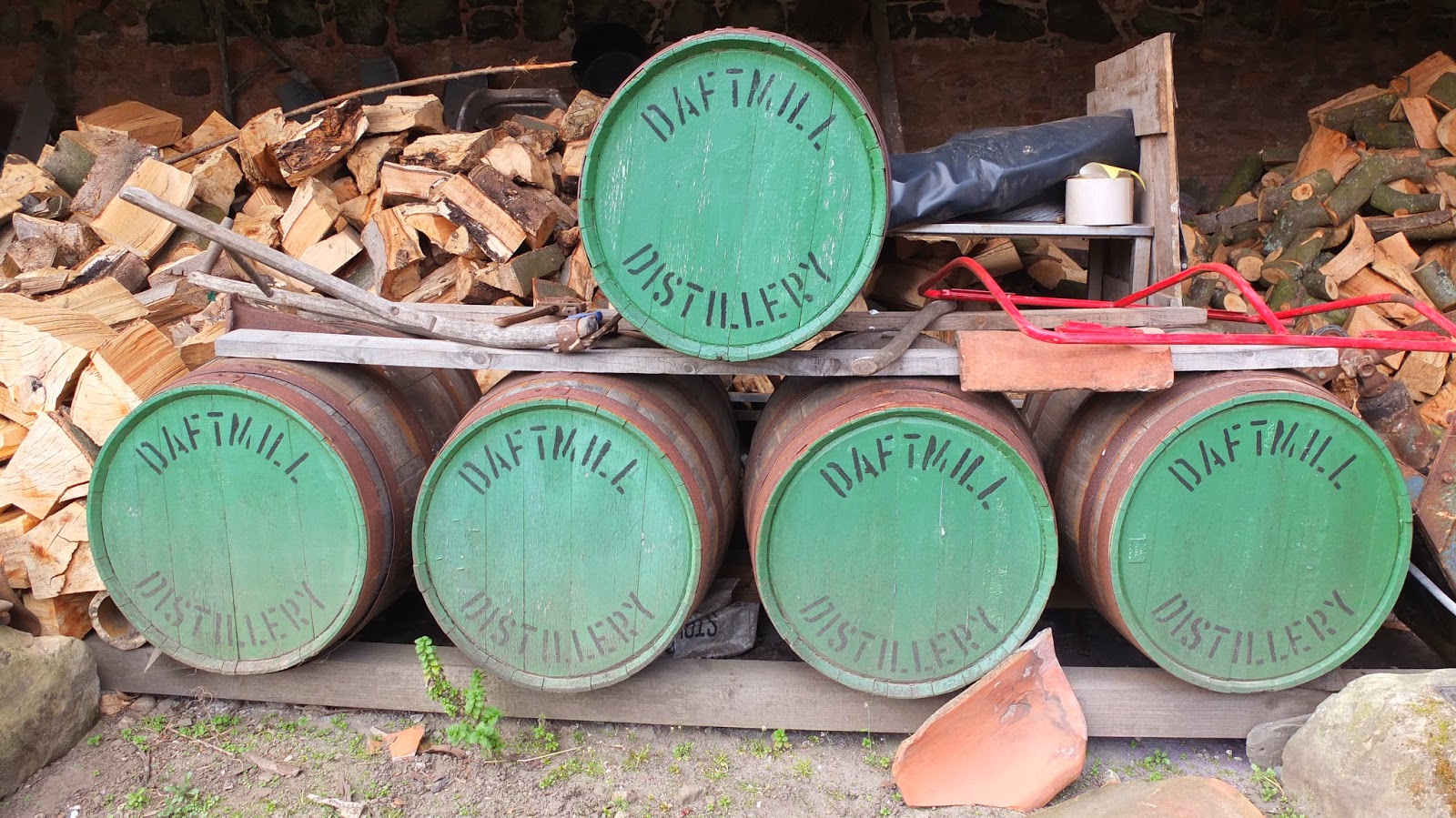 This is a stunning location, a polar opposite from the windswept coastal environment of Islay, set on a working farm which has been owned by the family since 1984 but they have been tenants here for far longer. A short drive off one of the main local roads, Daftmill is well hidden and as you proceed down the single track road your expectations grow as does the sense of isolation and time standing still.

The converted old mill now plays host to a new produce and way of working. Apart from the stills themselves the family were keen to have local tradesmen involved in the creation of the distillery and this was achieved within a 5 mile radius. The location of the distillery provides an abundant natural supply of water and the other core ingredient is very much home grown. Daftmill uses its own barley with around a ton required for each mash and has enough remaining (partially as the distillery only in production 3 days per week) to sell elsewhere. The quality of the Daftmill barley has been recognised by other distilleries.

The phrase is ‘perfectly formed’ and a refreshing change to the industrial and computerised distilleries that form the norm nowadays. Where else would you see a ton of malt divided into 10 wheelie bins for transportation? 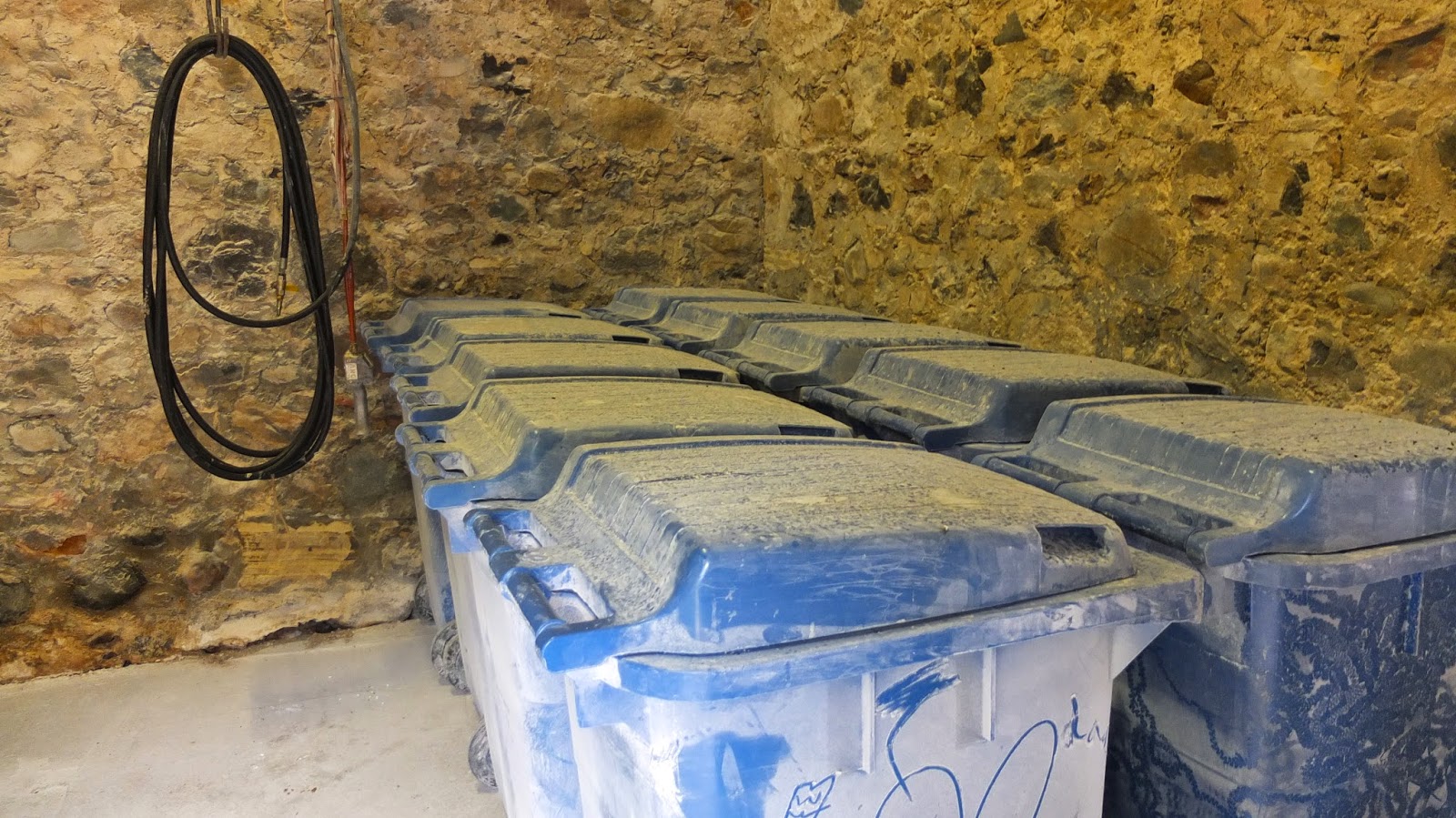 Commercial viability, revenue streams etc. All modern jargon of the current fad for new distilleries. As soon as the first spirit passes through the safe it seems it is bottled as new make to bring in much needed cash. Daftmill is the opposite to the current generation of distilleries and does not rely on outside market pressures. Francis has always said the whisky will be ready when he is happy and has never deviated from this ethic.
The single mash tun is radiant and clean as a whistle. The whole operation is accommodated within a handful of rooms within the mill. Each is shrouded in traditional stone which apparently brings its own issues during the colder months, partially assisted by the fact the distillery isn’t in operation everyday; after all there is a farm to maintain. 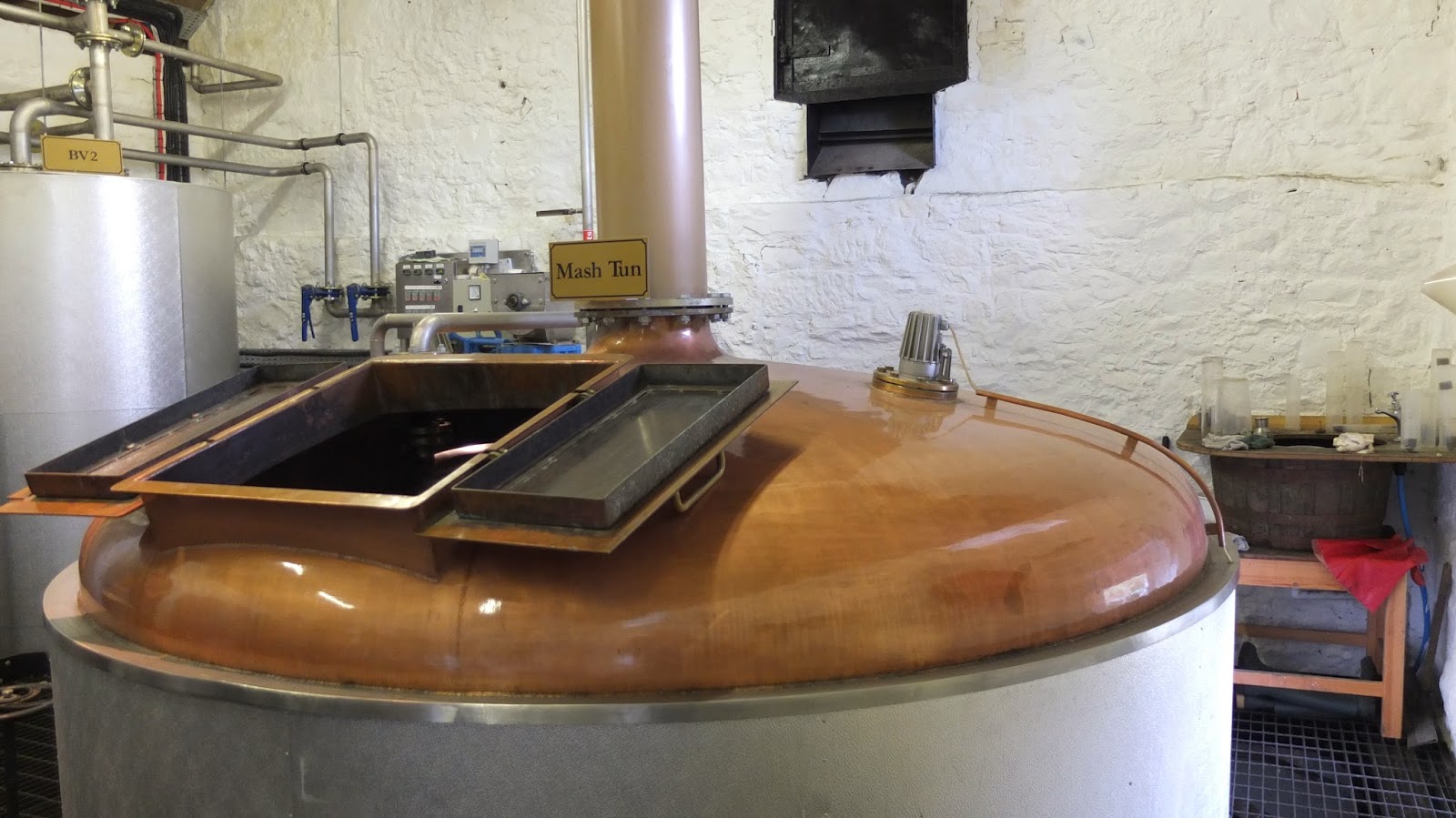 The design of both stills was influenced by the height of the mill roof and both feel at home, snug within its confines. The still room is where you can truly appreciate the skill of local craftsmen and the detail that goes into producing the whisky. Rather than following the modern computerised and some would say soulless industrial way of producing whisky today. Everything in Daftmill has a purpose and is exposed to the naked eye.
The spirit is collected upon on reach run and waits in the receiver before being taken into the next room where it is laid down into casks. Currently there are 2 warehouses with another to follow and here all of the Daftmill output since 2005 waits patiently for the right moment. 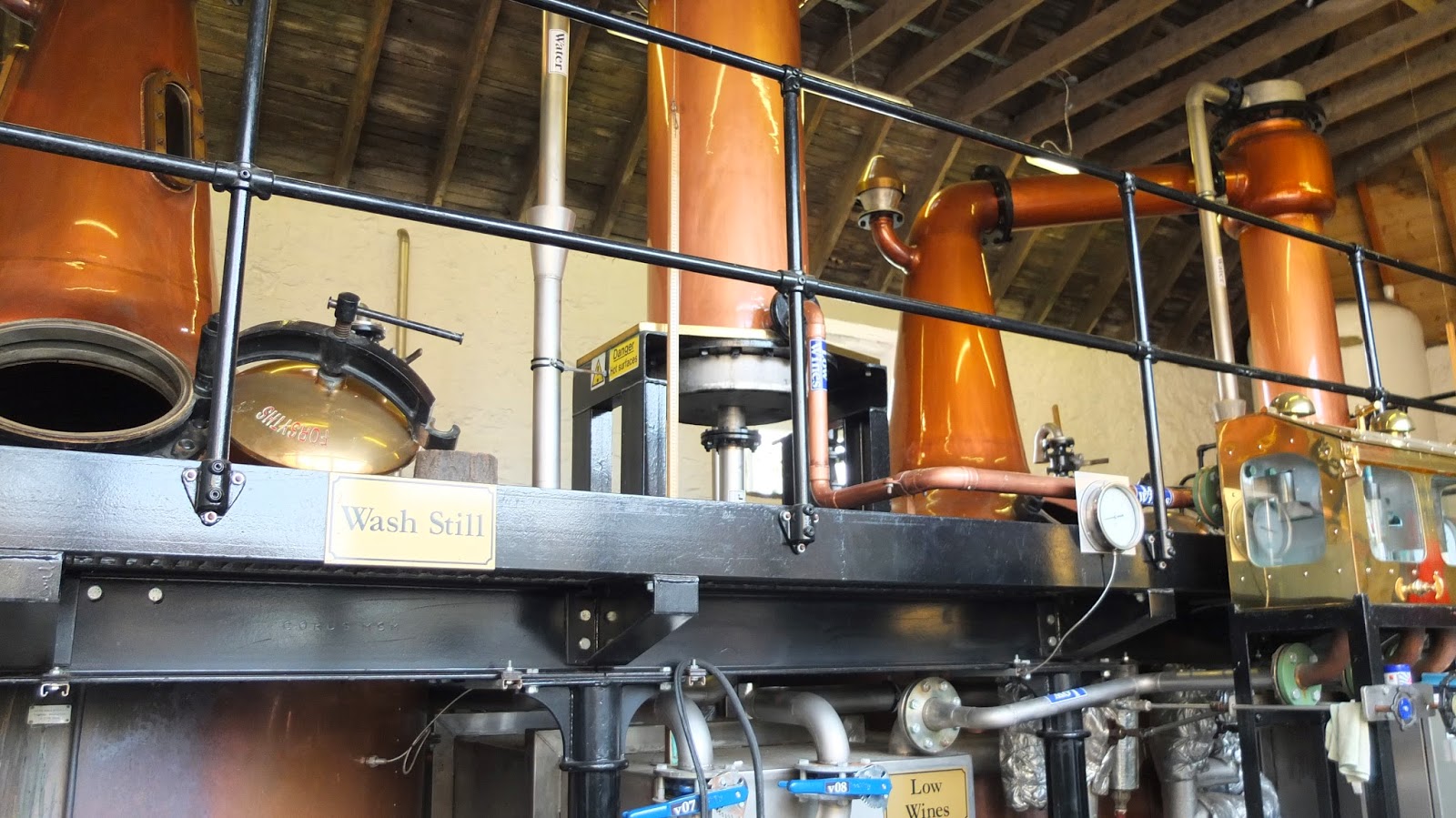 We visited the first warehouse which forms part of the mill courtyard. The casks are laid out over 2 floors and are mainly bourbon casks with some sherry casks also filled. Each cask is numbered and filed in numerical order. Spending time in any warehouse is my favourite aspect of a distillery visit. Yes, the tasting isn’t to be missed on any visit but for some reason wandering down the dusty aisles where time stands still remains my own highlight.
Whilst in the warehouse we had the opportunity to taste 2 generous samples straight from the cask both at around 8 years of age. The oloroso dram was hugely enjoyable, as Francis commented most sherry notes you can pluck out on a consistent basis however here the floral, oily notes of Daftmill added a new dimension and depth. The spirit certainly works extremely well with a sherry cask and can only improve with age. 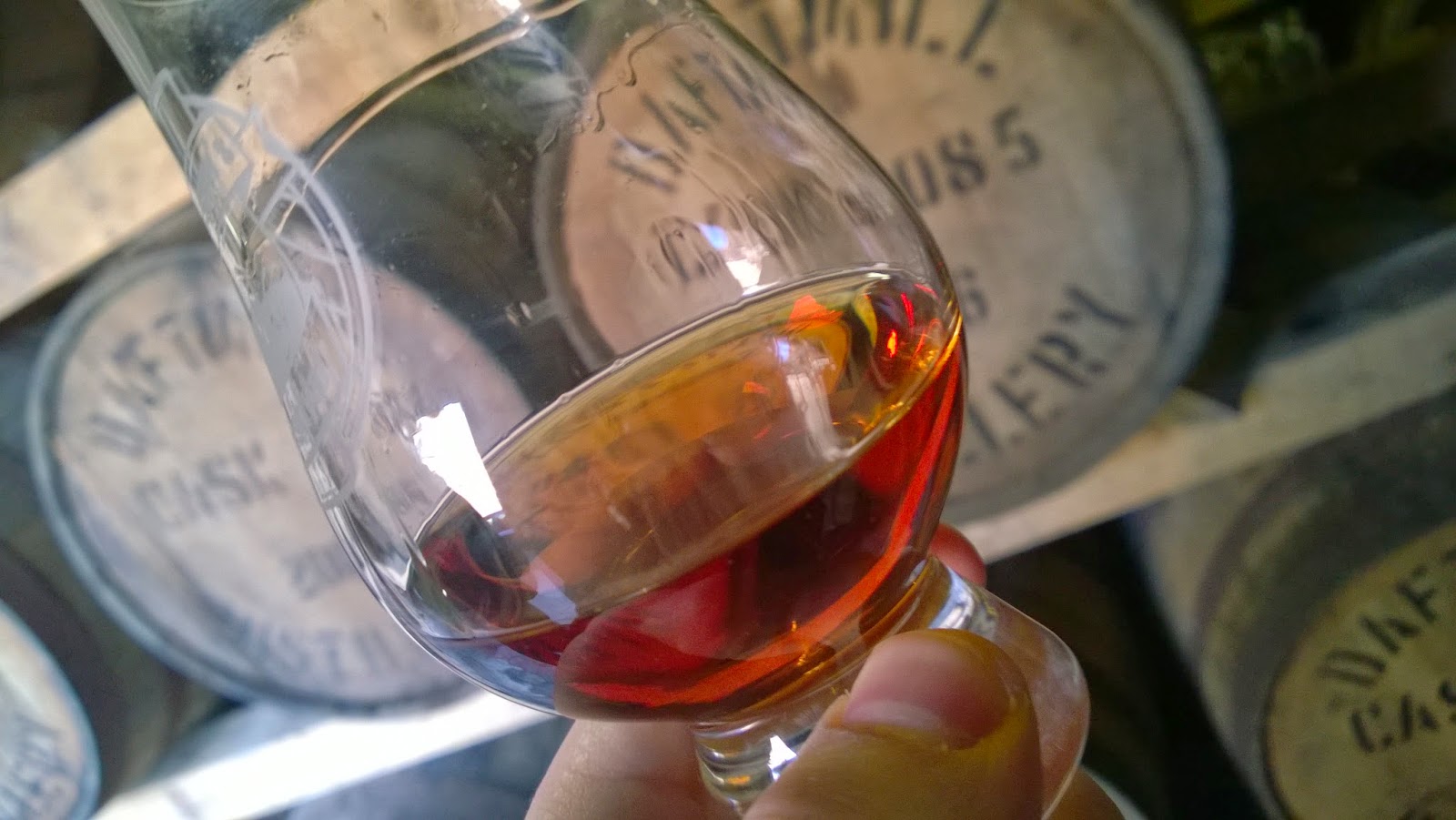 Moving onto the bourbon cask I have to say this was our favourite of the 2 drams with no disrespect to the oloroso example. The other member of our group can be a very fussy whisky drinker so I was surprised by how much he enjoyed this bourbon cask. The distinctive floral notes shining through with a butter-like oily texture and creaminess on the tongue. I’m sorry I didn’t take any tasting notes and when the time comes for release I never doubted I would be buying a bottle but on the basis of this tasting it’ll have to be several bottles. My most memorable whisky of 2014 so far. 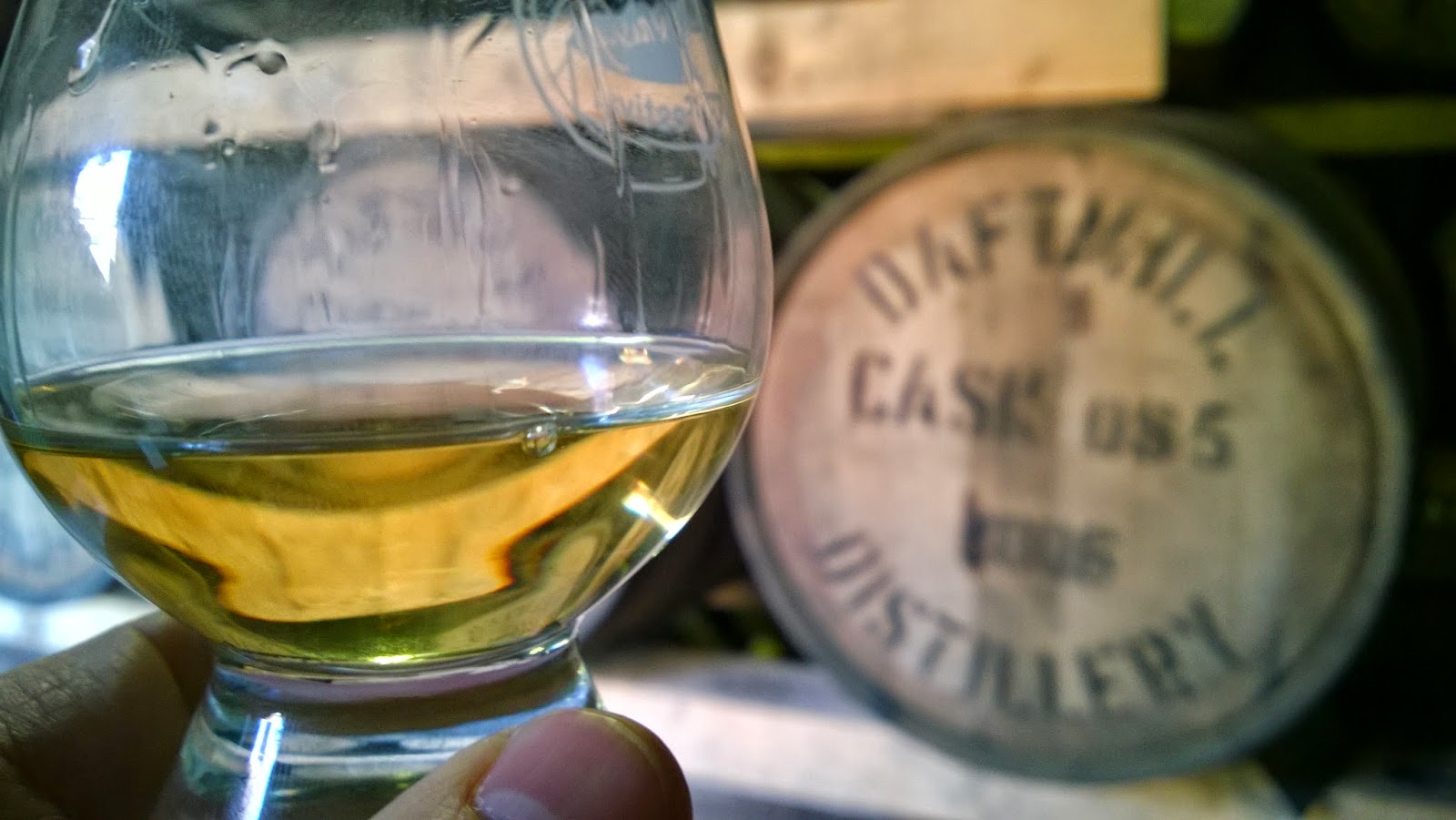 I should add that tours at Daftmill are by arrangement via their website and contact form. Soon Fife will have a couple of distilleries that you can frequent with some advance planning and I welcome that day when it arrives. A couple of hundred years ago, the Forth along the banks of Fife was home to several huge distilleries. The passage of time has reduced these distilleries to mere rubble and almost erased them from history. Fife’s return to distilling and whisky is long overdue.
56.320235-3.010137
CategoriesSingle Malt
Tags
daftmill