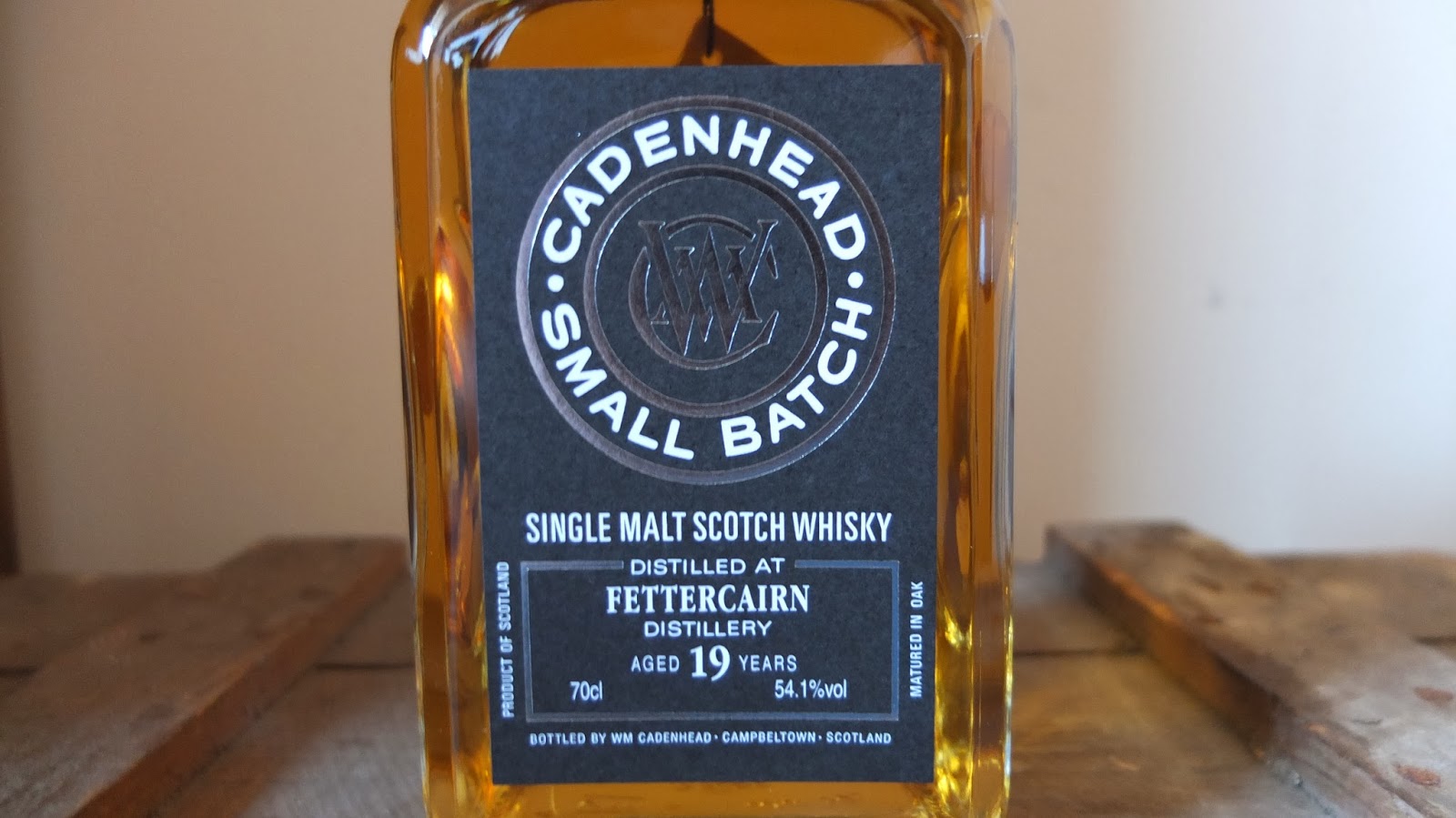 There are changes afoot at Cadenhead which is Scotland’s oldest independent bottler and a reliable source of quality. One of the changes in 2013 was the introduction of the Small Batch releases that normally launched in March and October.

A really high standard was set last year with my favourite whisky of 2013 coming in the form of the Highland Park 25 year old sherry cask; truly remarkable and under £100. I’m still kicking myself about not picking up a second full sized bottle of that whisky because once word got out it was snapped up. For instance there was a recent bottle on the Scottish Whisky Auctions website that went for a pretty penny; and it is worth every single pound of the £280 it reached.

This is my 4th Small Batch purchase and they’ve yet to let me down. The Banff has been highly lauded and I was thoroughly impressed by the Convalmore-Glenlivet. The pricing of these releases is also very attractive and realistic unlike the Diageo pricing of the Convalmore, which is sitting on shelves at a ridiculous £600 asking price. This Fettercairn is 10 years, features some interesting official tasting notes and comes in under £60 if you can find it now.

Based on my experiences I have no hesitation purchasing from this range to date so far. Here we have a release from a wildcard distillery, one that is often overlooked and more often than not; surprising in both good and bad ways. Yes, bring out the Fettercairn! 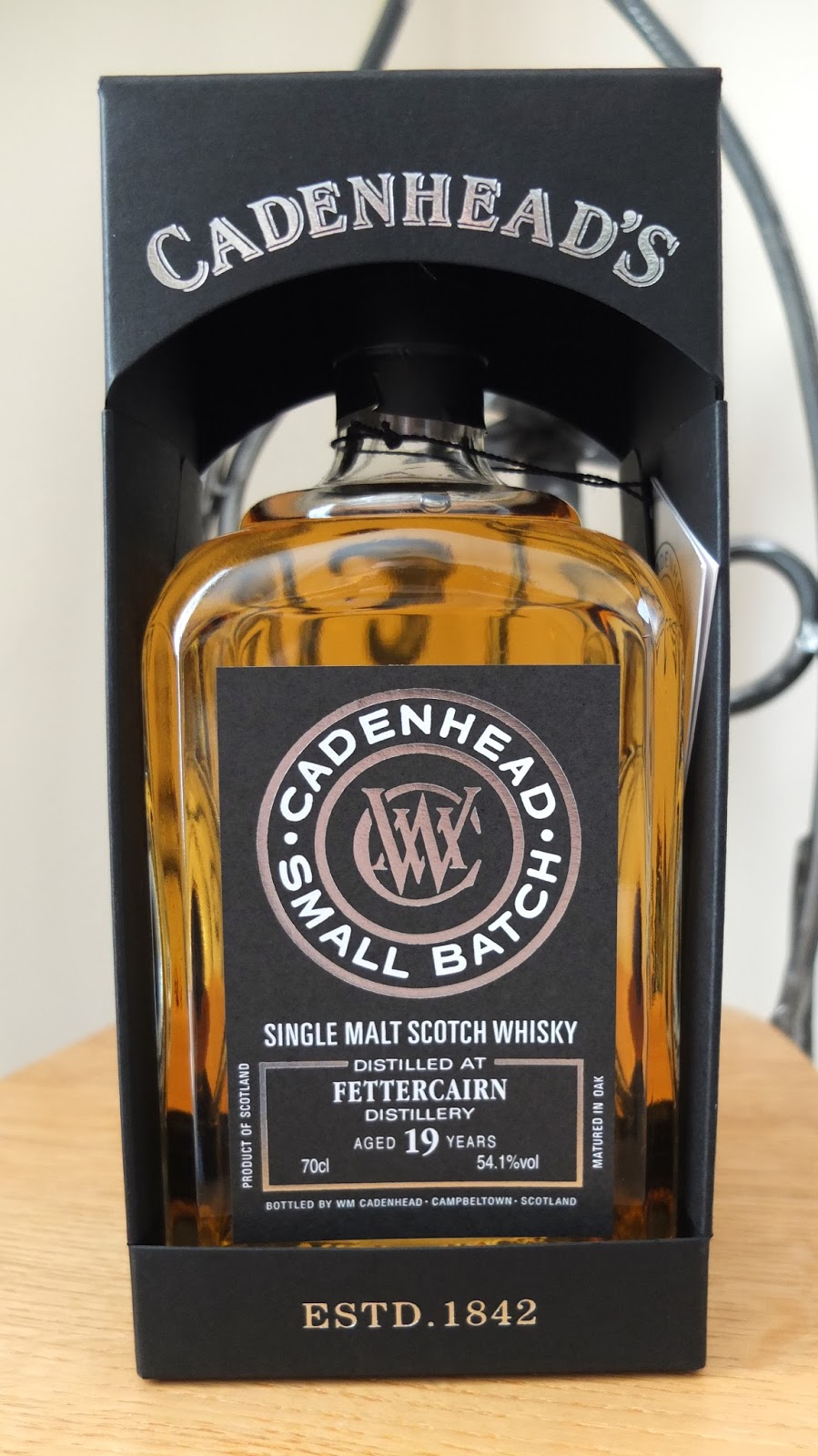 Fettercairn was mainly used in blends or white-labelled for supermarkets until recently. However we’re starting to see more of it as a single malt in its own right nowadays. Releases such as Fior are adding an official bottling option to the widespread independent offerings, which for many years were the best route to actually experience this distillery.

This Cadenhead Fettercairn release might be a surprise choice for the Small Batch range, but lets try it out first.

Colour: nothing originally and I want to avoid straw, wine or oak here. Ok, wicker basket.

Aroma: a very light nose more so than your average Highlander. Bales of straw before we head indoors to receive huge amounts of vanilla. Fitting to get some attention is a citrus element almost amidst the vanilla and straw that dominate.

Taste: this is a bizarre knuckle ride really. Whisky experiences don’t come more out there than a Fettercairn. This refuses to be pigeonholed whatsoever. For a moment you’re enjoying some sweetness with butterscotch before it goes all lemony and ups the Clynelish waxy note with a common kitchen accident. Yeah, I’m talking about that moment you have the oven grill on and realise you’ve left the plastic handle on the tray, which has started to melt.

After that rollercoaster a long dry finish rounds of a memorable experience. This is a Fettercairn; clearly there are no rules or signposts when they put this together!

Cadenhead are knocking out some cracking releases over the past year including my favourite of 2013 so far from Highland Park. They’ve also been putting out..