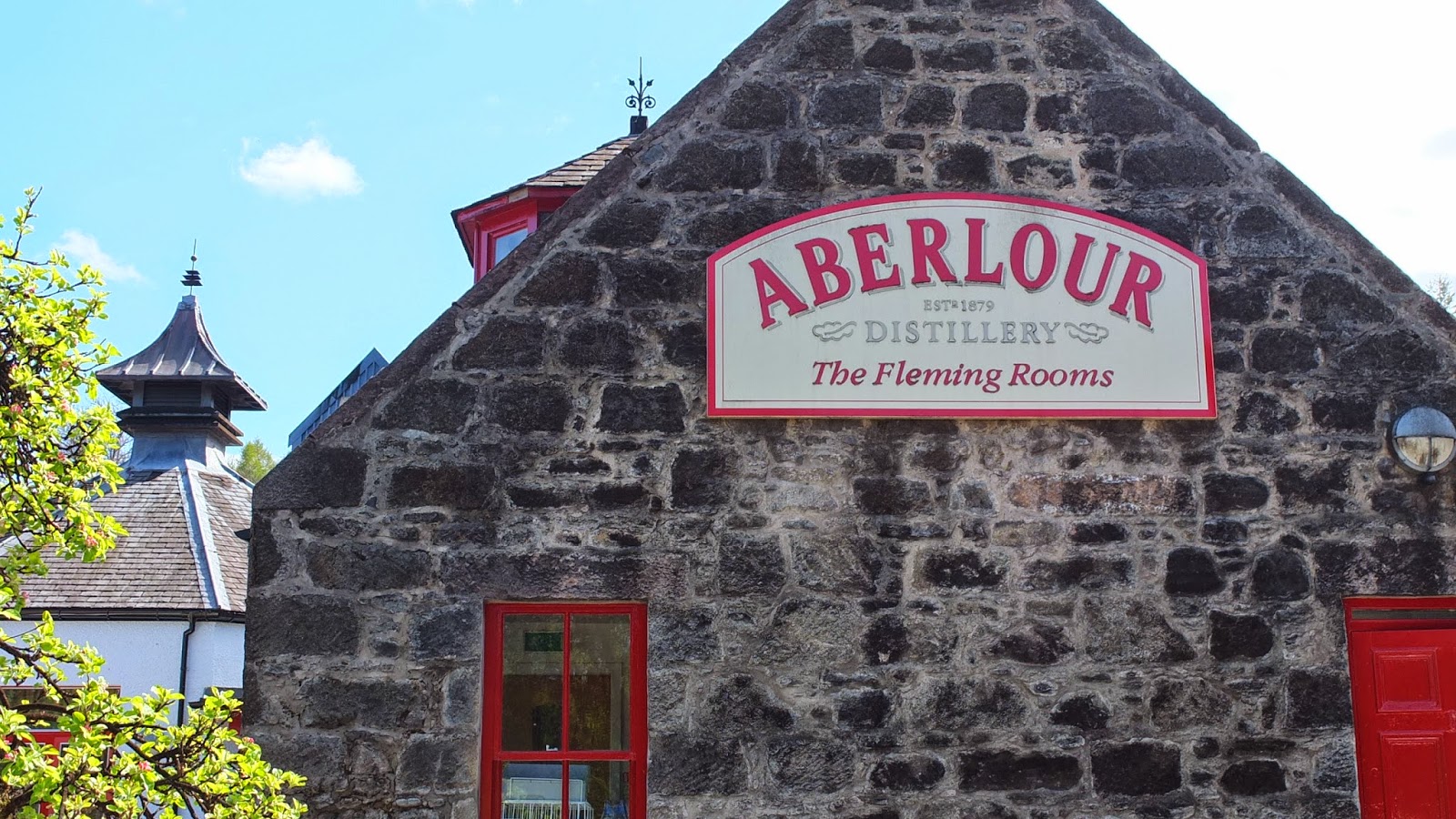 Aberlour distillery sits on the outskirts of the town and with only the original gatehouse being visible from the road it is easily missed. Park up in a nearby space then head into the gatehouse which acts as the hub for booking tours, enquiries and the distillery shop.
Aberlour still retains that old fashioned appeal of distilleries from a couple of decades ago. Tartan is still used on the distillery bags and the shop hasn’t received a high-end premium make over that we see so often. Visiting the shop brought back memories of Glenmorangie from the early 2000’s before its glitzy revamp.
There is only 1 road into the distillery and the tour commences as we follow the guide down this avenue. After a fire in 1898 the distillery complex was totally destroyed with the exception of a single building that still stands today. It is easily visible in the tour photographs which I’ve posted on the Whisky Rover Facebook page. Sadly no photographs are allowed in the production areas and we were restricted to outdoor snaps and those within the tasting and exhibition rooms. 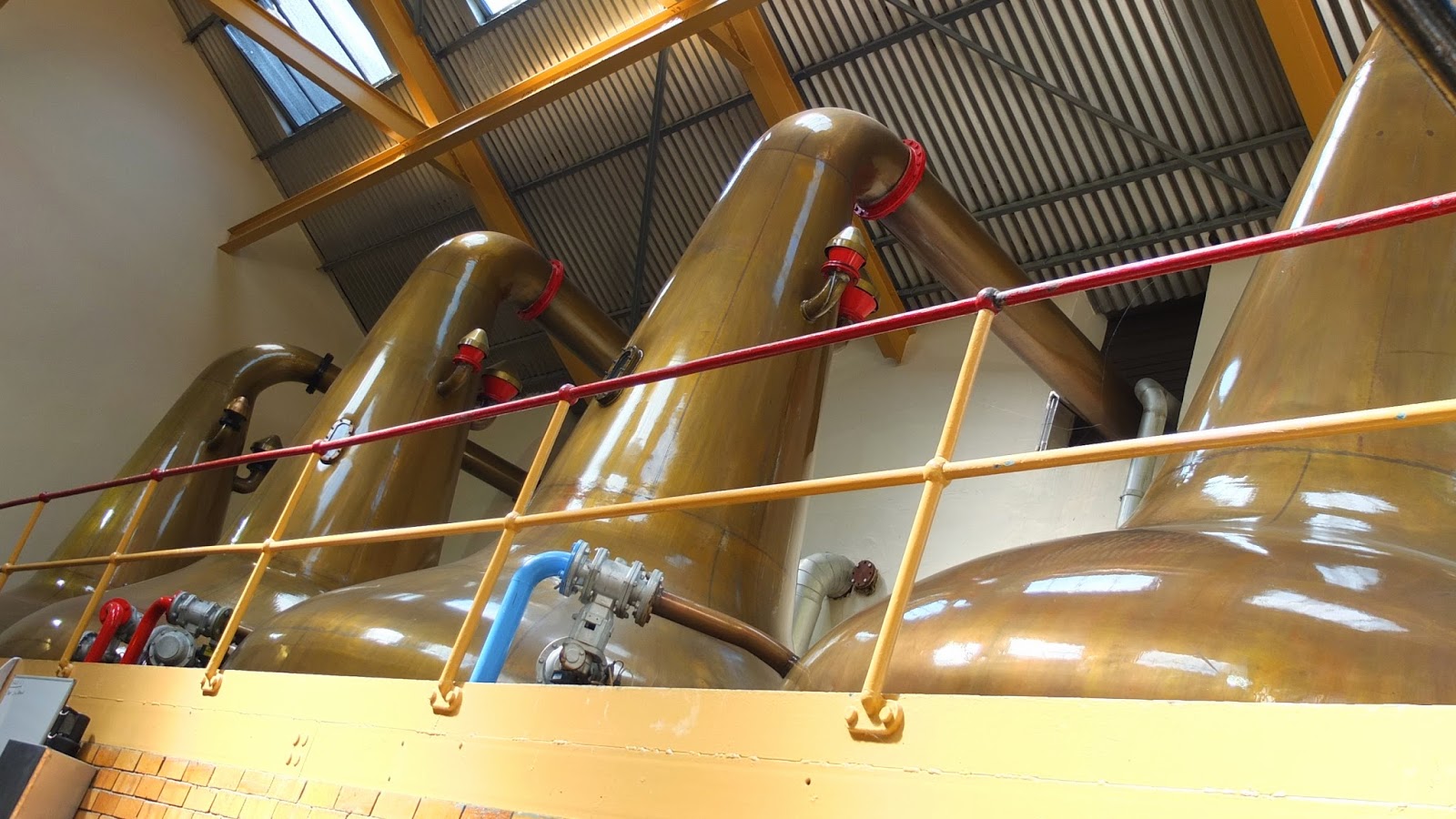 We are introduced to the original owner James Fleming a local man who made his fortune before building his own distillery. A very generous individual he financed several significant pieces of infrastructure in the town including the village hall, hospital and a nearby suspension bridge after a young child drowned trying to cross the rapid River Spey.
Building a distillery is a costly business but actually financing its daily running is another significant undertaking. Within a year of starting production the distillery had to be sold on in 1892 and expanded further. In 1898 the distillery is almost completely destroyed by a fire and Charles Doig designs a new distillery to rise from the ashes. It is around this time that a bottle is buried in the foundations of the still room. When the still room is extended in 1973, the bottle is discovered by builders who managed to polish off half the bottle before a furious distillery manager arrives to retrieve the remnants and newspaper packaging.
This would have been the oldest complete bottle of Aberlour before the builders enjoyed its contents. What remains is used as the inspiration for the Aberlour a’bunadh range after being analysed by the company blenders and scientists. If only instructions were given out before work was started about the possibility of a bottle – at least you can in theory taste was an Aberlour from the late 1890’s tasted like. 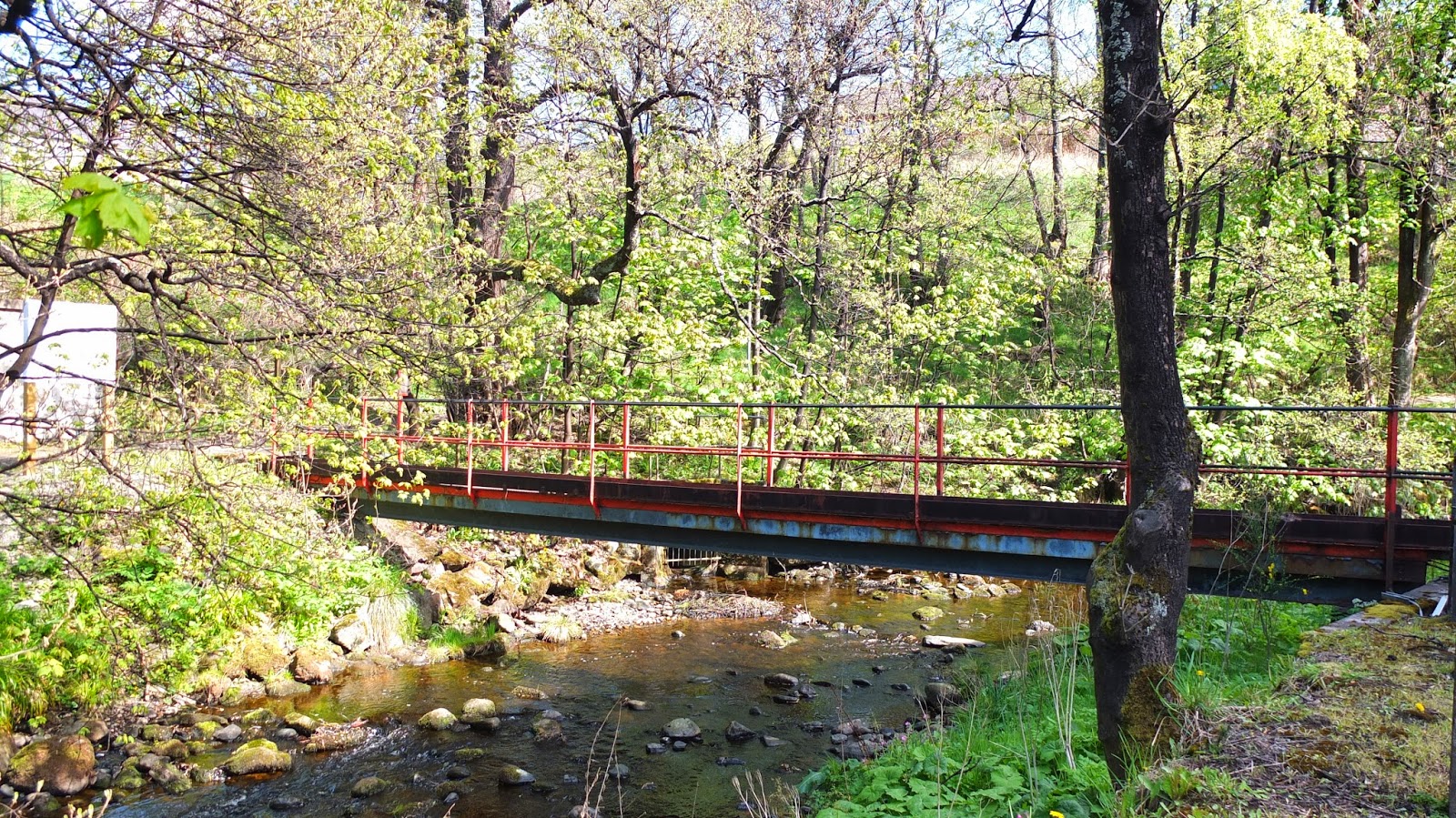 The distillery today while not epic in size does have an industrial and sanitised feel. The gatehouse suggests a more period appearance but within metal wash backs dominate as does an air of computerised efficiency. Despite the best efforts of the enthusiastic tour guide the distillery is forgettable. Fortunately the whole experience is saved by the tasting which incorporates a wide range of Aberlour whiskies that is covered by the standard tour fee.
I’ll write about the tasting in a separate article. It is worth holding out for the tasting as this will include the 2 bottle your own cask options which are a bourbon and a sherry cask release. Both are reasonably priced at just £65 for a 16 year old and at cask strength offer a real punch; particularly the sherry. If you make the purchase and enjoy the bottling experience then you can take your new bottle back down to the gatehouse to pay for it, which I found very trusting.
CategoriesUncategorised