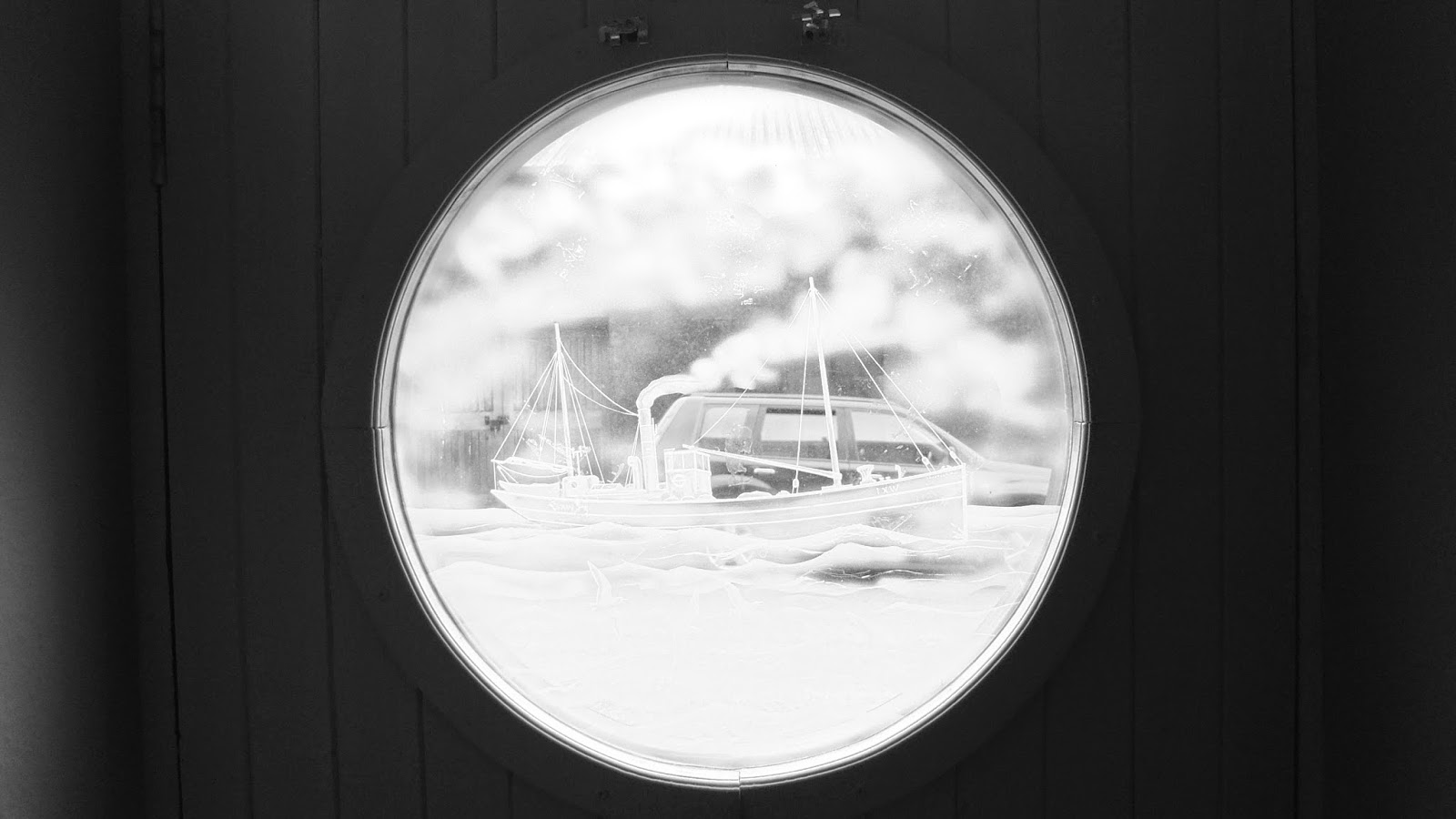 A trip to Old Pulteney is long overdue and visiting relatives in Sutherland provided the perfect opportunity to finally head further north towards Wick and this unique distillery set near the town harbour. With its maritime history and strong links with the local community, I underestimated how memorable the visit would be.
I’ve written before about the notorious A9 road that acts as the main thoroughfare to the Highlands and beyond from the Scottish central belt. After Dornoch it somewhat improves not because of the arrival of a dual carriageway, rather the traffic and essence of drivers in a hurry diminishes. From here to Wick is a sweeping rollercoaster route taking you through many historical villages including Brora (stop at Clynelish if you can), Borgue and Dunbeath all set along a stunning coastline. In terms of mainland Scotland this is the furthest North I’ve journeyed to specifically visit a distillery. The recently opened Wolfburn would take this record when I can arrange a future visit. 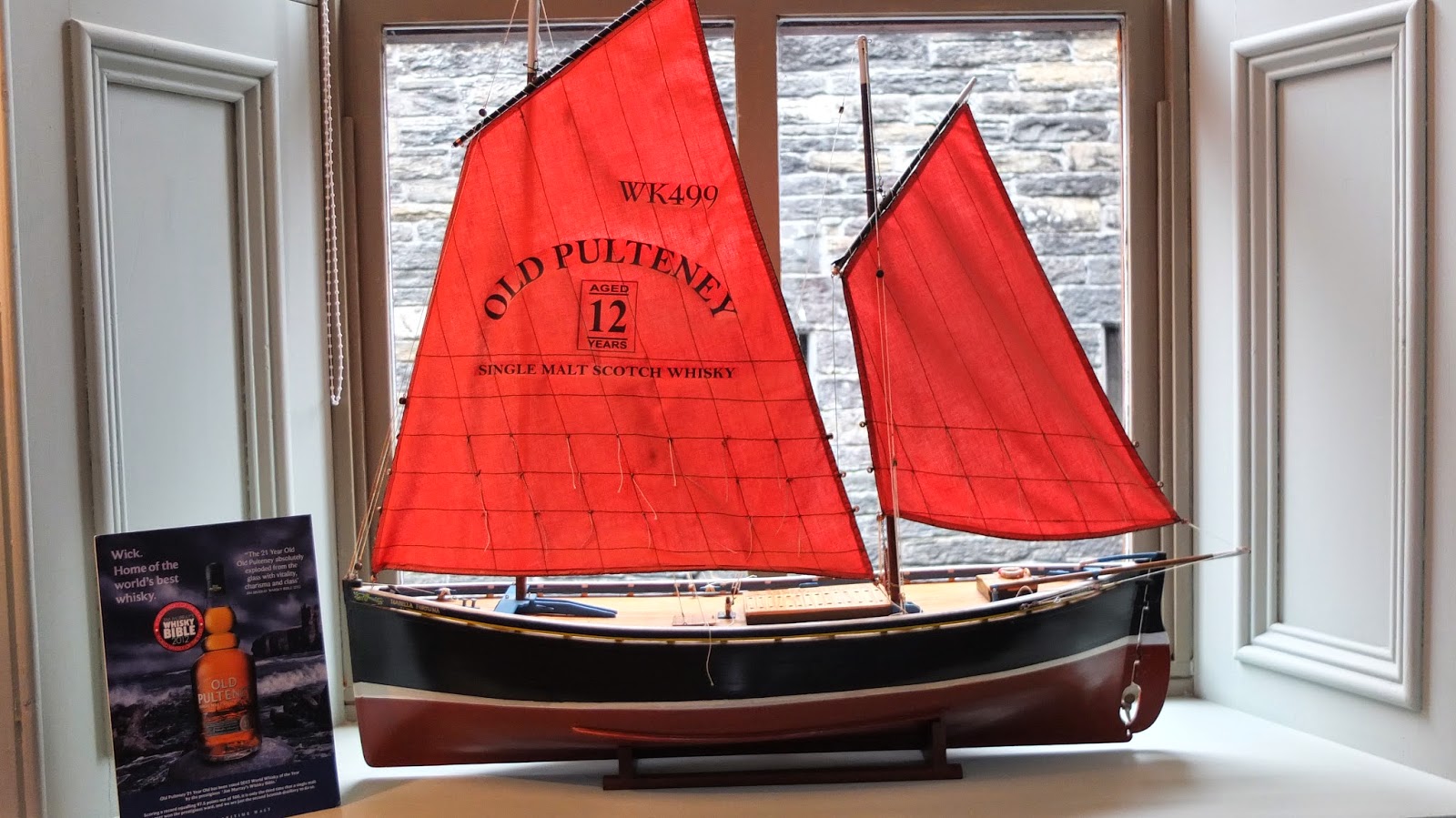 The location of the distillery is where time has stood still. These old stone built terraced houses have provided a variety of uses for locals over the years and continue to do so. Distinctively blackened, it feels as if you’ve stepped back into the Industrial revolution with a nearby factory spewing out black smoke, polluting the landscape. The uniform street layout, wide roads, stillness and lack of colour usher you back to the early 1800’s. However this isn’t an industrial age, nor is there any pollution or smoke. This is the weathered outer reaches of Scotland.

Stepping into the distillery office there is a real sense of the maritime and tradition. A real effort has been made to display the whiskies Old Pulteney produces and the role it played in the development of Wick. Once a fishing magnet for herring, the short video before starting the tour gives an outline of the roots and hard times both Old Pulteney and Wick have endured together.

There is little that prepares you for the tour to Old Pulteney and I’ve been to countless distilleries over the several years. Many I speak with about such tours believe that every distillery is the same. Yes, the basic production processes might be replicated but the characteristics and quirks within each distillery set them apart. These differences are magnified ten fold at Old Pulteney. 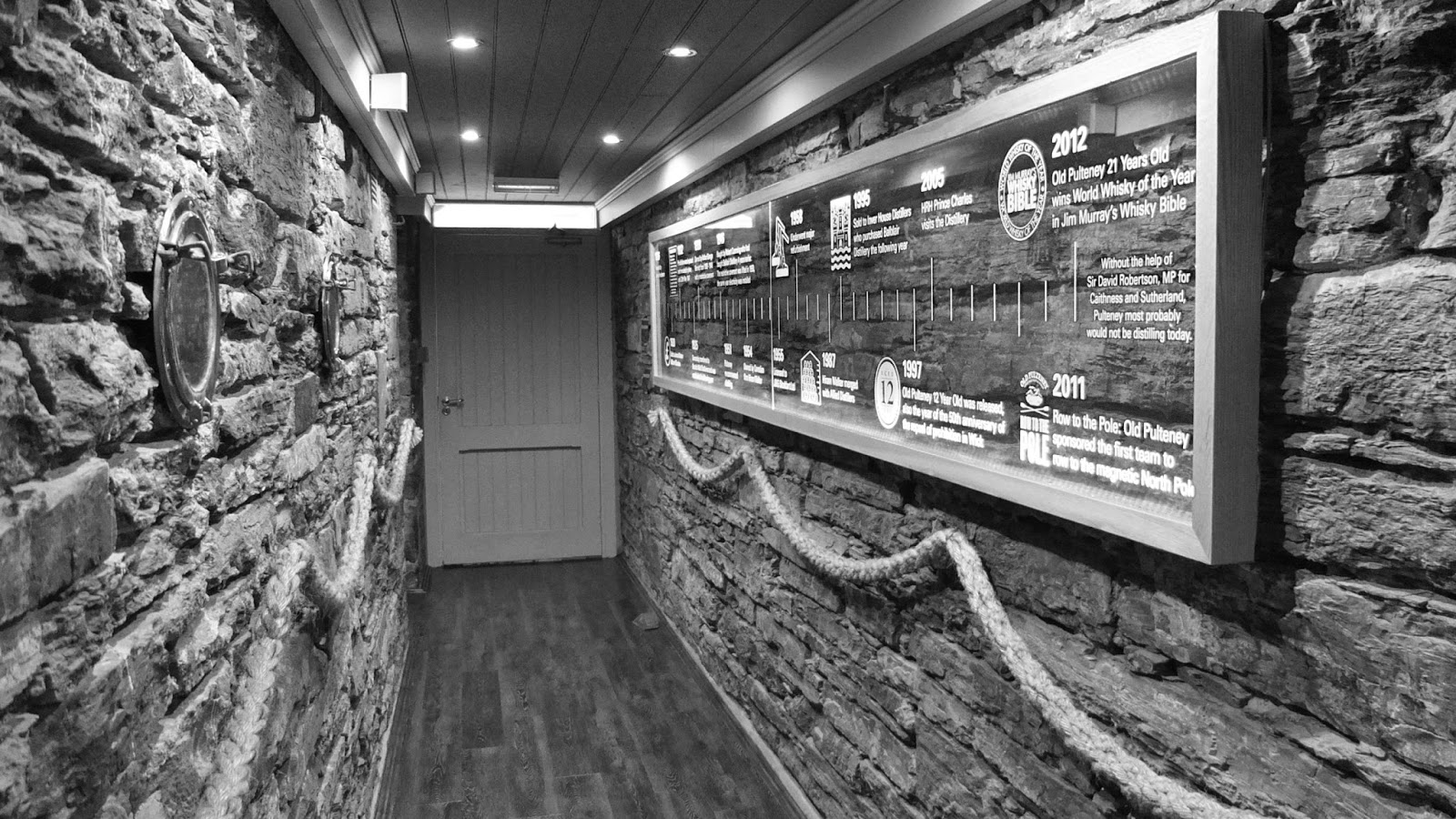 Stepping out from behind the terraced house that acts as the distillery hub, immediately confirms the unique location and layout of this charming distillery. Set around a courtyard, the central building acts as the filling station and over to the left awaits the mill to start the distillation process. The Mash Tun room is a marvellous piece of engineering with the equipment taking up around 95% of the floor space. In fact when it was replaced a couple of years ago, literally the roof had to come off to lower the new tun into place. It sums up Old Pulteney perfectly, with no space wasted and a consistent focus on the quality of their production processes.

Beyond the mash area we move up into the washback rooms; another first. These are made from metal and painted in a thick green paint that brought back memories of my time on board naval vessels. Again space is at a premium and I’m sure visitor numbers will be limited to ensure everyone can be accommodated safely. 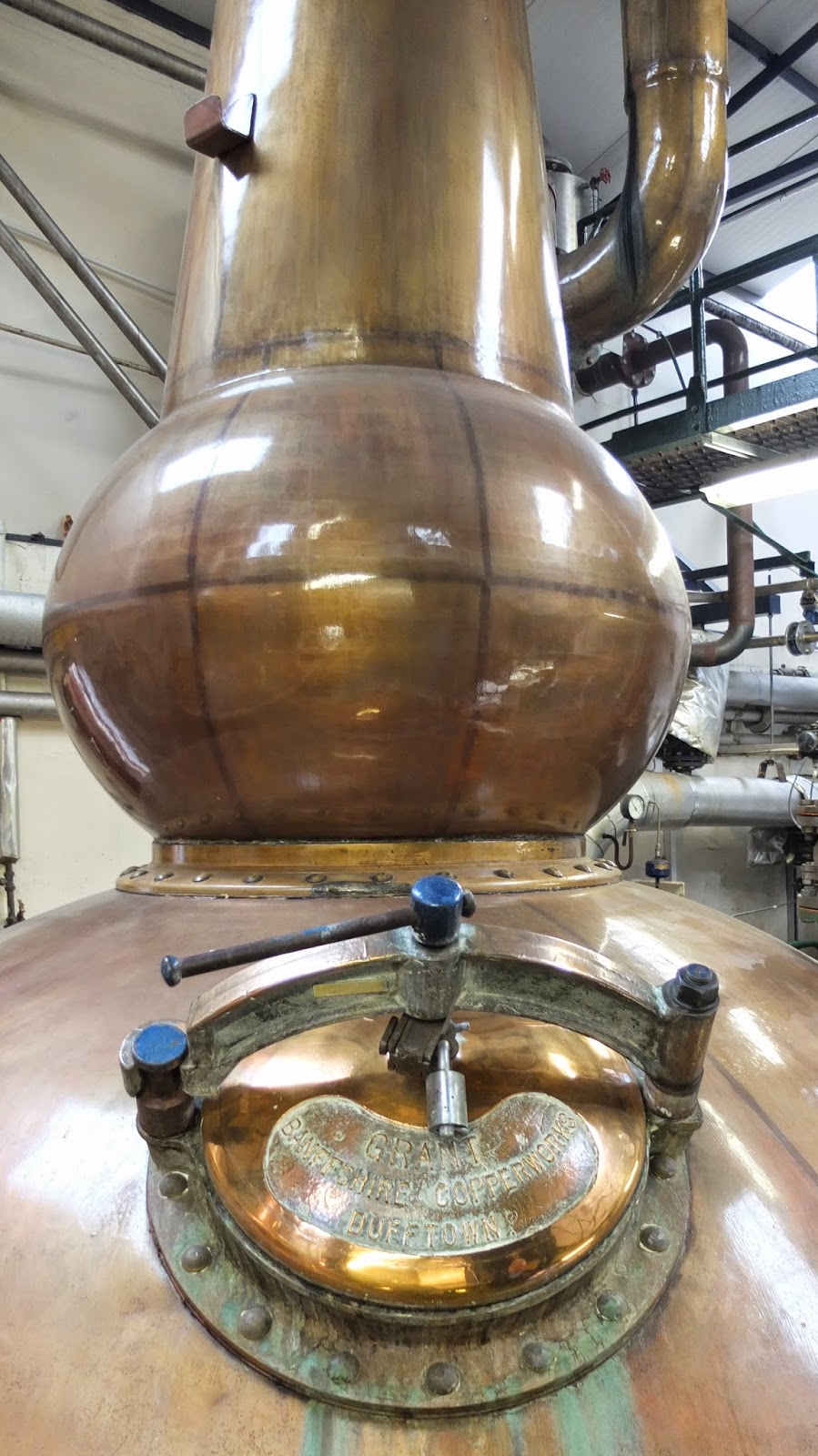 A real highlight are the unique stills, both sitting proudly in the still room with a rare opportunity just outside to view a set of worm tubs in action. Previously I’ve only seen worm tubs at Edradour and an earlier tour at Talisker we were denied the opportunity to venture outside due to the weather conditions. So this was marvellous and unexpected. Beyond the stills in another small room sits the spirit safe and other instrumentation. There is a visible mix of old and new technology working in tandem at Old Pulteney no more so than the warehouses that maximise the limited space by stacking rows of barrels higher than I’ve seen elsewhere. I’m sure this is a taste of what some distilleries are doing in their modern warehouses that are going up a Macallan and Tamdhu to name but two, although the latter won’t be putting their sherry casks in such an environment; instead keeping them in the original 1890’s dunnage style. 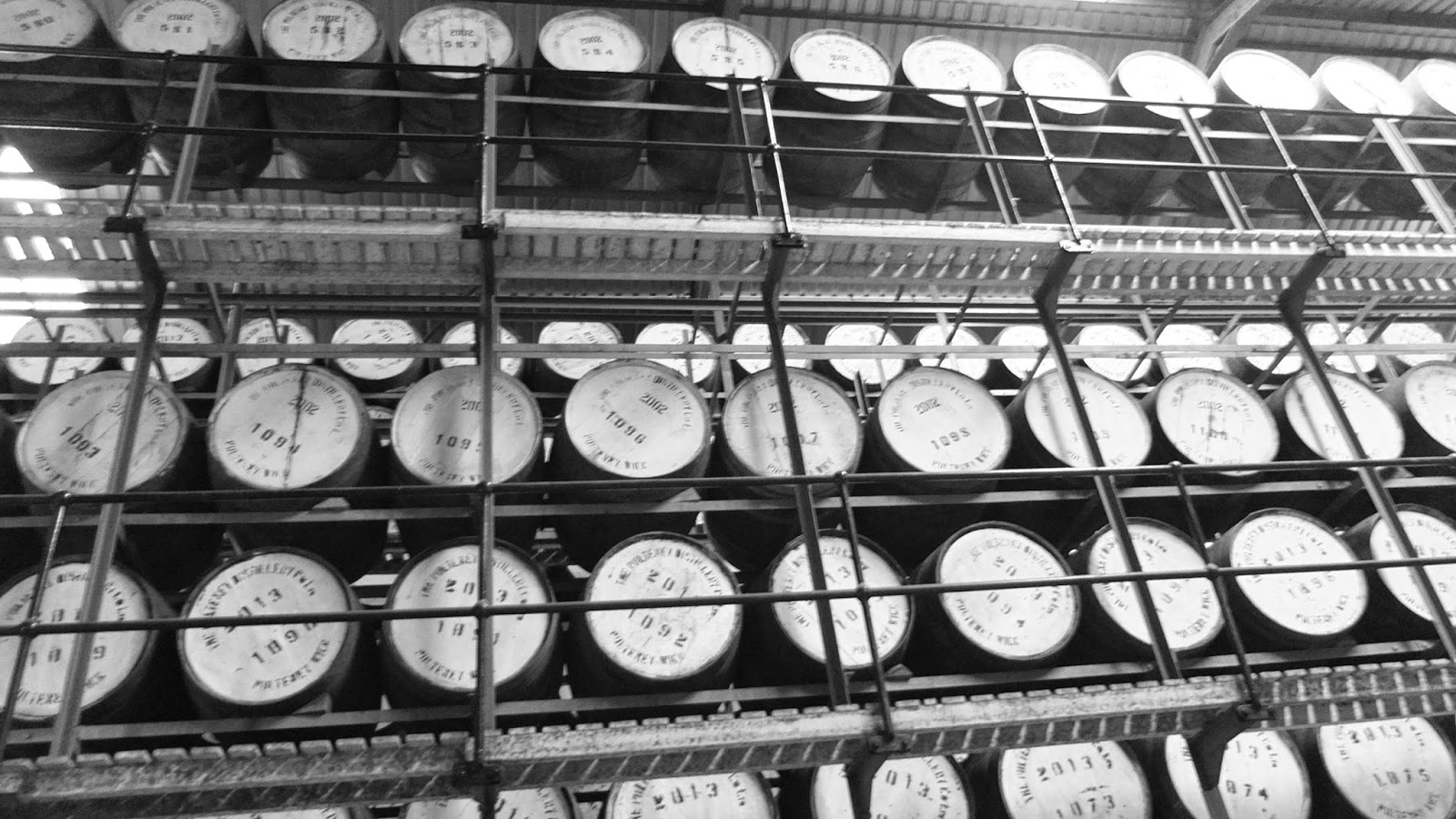 A real sense of Old Pulteney can be experienced through the 78 photographs I’ve uploaded and which you can view right here. The tour is recommended, as is booking. I’d also suggest keeping some cash to take advantage of the bottle your own options which are exclusive to the distillery. Next time I’m in Wick I’ll be taking the plunge as sadly on my visit the Laphroaig cask was finished. And if you didn’t guess by now, photographs are allowed throughout the tour which is fantastic for any visitor – I just wish other distilleries showed a similar common sense approach.