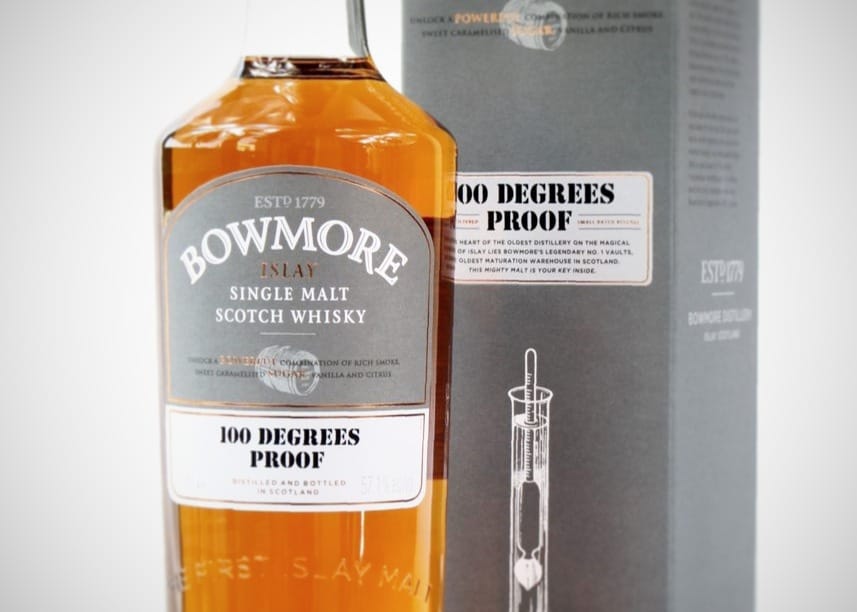 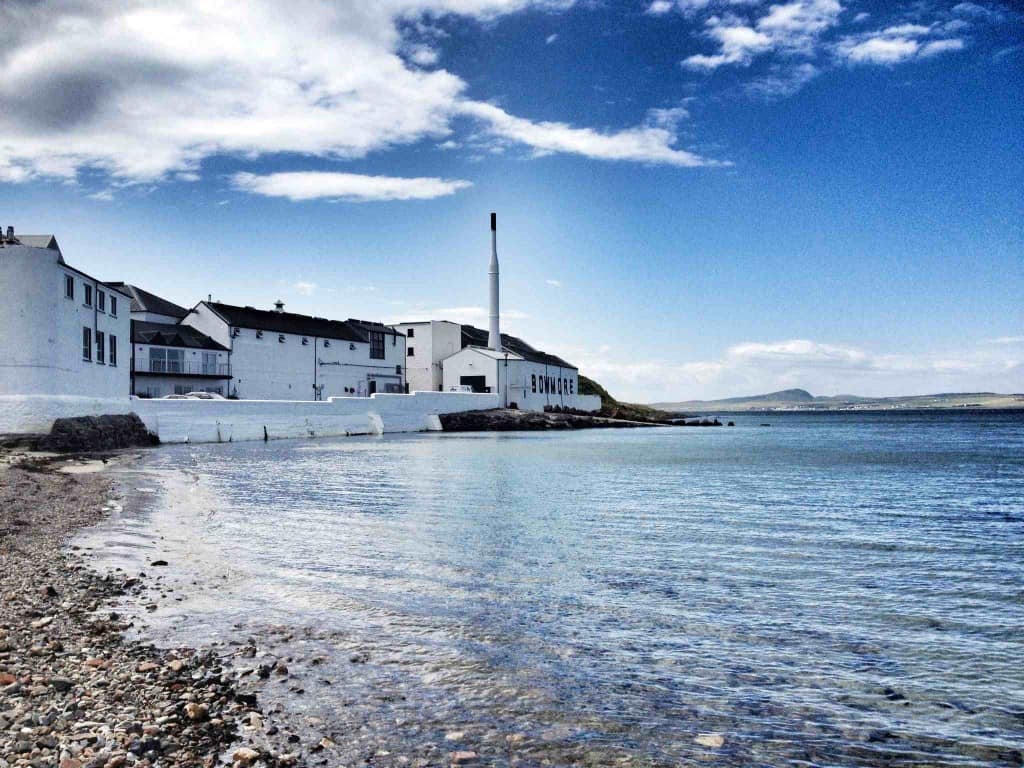 I like Bowmore, the place. It’s on Islay, which helps. I have very nice memories from last year of visiting the distillery, having a look about, skimming stones into the water just in front whilst trying to get a nice photo of the white facade. And there’s no doubt it can produce a good whisky now and then – when I joined the Twitter tasting last year, I mostly enjoyed what was available (though I never found out the name of the dram I loved). That single exception aside, I’ve never fallen in love with Bowmore’s whiskies like have the other Islay distilleries. It doesn’t have the chutzpah of Bruichladdich, nor the gentle-giant nature of Caol Ila; it’s not as full-on as Ardbeg or Laphroaig. It’s… Bowmore. People don’t tend to talk of it in quite the same way as the others – and that is ultimately a legacy of the product itself, I suppose. Things might change in the era of Rachel Barrie – only time will tell.

So, would the Bowmore 100 Degrees Proof change my mind at all? This was originally part of their travel retail range – a no-age-statement whisky, bottled at 57.1%. Though as with many travel whiskies now you can find it at retailers or auctions for a reasonable price.

Colour: amber, touch of tangerine. On the nose: quite a sharp sweetness, almost with a touch of menthol on first impressions. Then it settles to something quite malty. Caramel. Creamy. Almost a touch of tobacco.

In the mouth: that’s quite a lively one, with quite a hot, peppery lead in. Sweet, with a classic raisin-like core, yet it’s wrapped in a savoury, almost vegetative layer. Touch of brine. Quite woody though, and so strong is the pepper, heat and wood that it is perhaps a touch overwhelming on the palette. Must admit that it doesn’t quite come together for me. It just lacks that va-va-voom.

The Bowmore 100 Degrees Proof is worth around £55 for a big 1 litre bottle. That makes it reasonably priced, but still I think you’re better off putting your £55 elsewhere.

This dram was acquired in exchange with the Whisky Rover – see what he thought of it here. 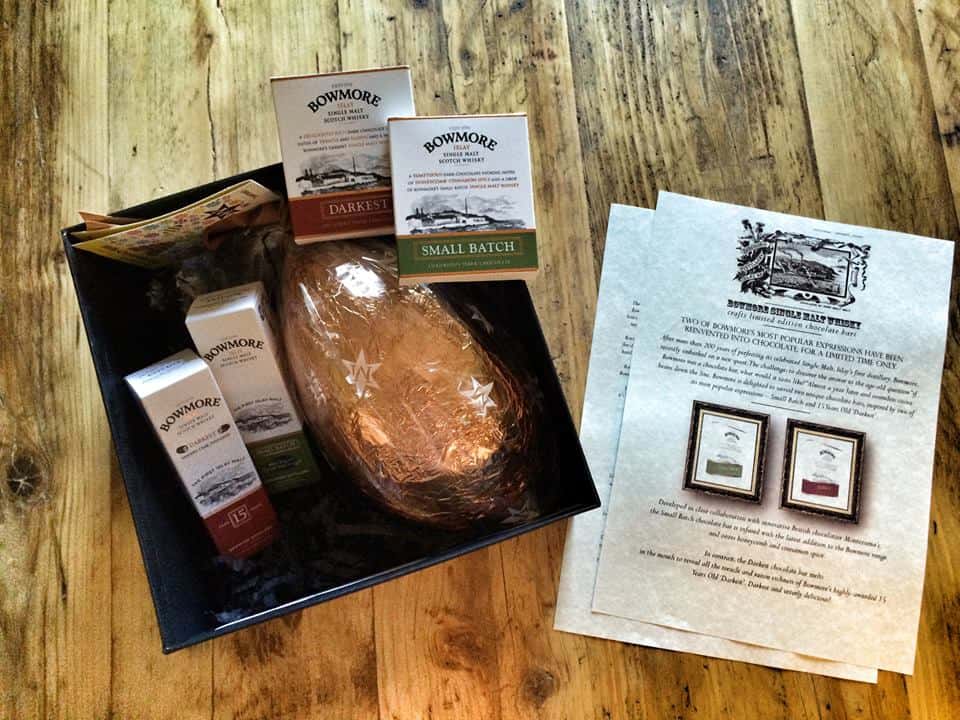