Regulars will know I have family across the Sutherland and Inverness regions of Scotland. Driving into Inverness after leaving the A9, you’ll most likely drive straight past what remains of the Millburn distillery, which is now part of a hotel and pub chain complex.

Sadly this is all that exists today of the trio of distilleries that used to call Inverness home. Glen Albyn suffered the same fate as Glen Mhor (pronounced ‘vor’), being demolished to make way for an expanding city. The last 15+ years I’ve spent visiting Inverness, the growth of the city has been startling; so I can only imagine what the previous decades were like. As sad as it is, these distilleries live on in previous releases and the few remaining casks across the industry. Closed in 1983, the distillery was demolished in 1986, meaning that this cask comes from the last full year of production.

Interest in the distillery has revived in recent years with the discovery of a batch of Mackinlay’s Rare Old Highland malt underneath Shackleton’s hut in Cape Royds. You can read about this discovery, the research and recreation right here. It is fascinating that what is believed to be a Glen Mhor single malt has survived for so long. In addition, that the recreations included a wee bit of Glen Mhor as well.

Cadenhead’s have bottled a couple of Glen Mhor’s over recent years including this 30 year old in my collection. It has been an ambition of mine to complete the Inverness trio as part of my ongoing closed distillery assortment. When they announced a 31 year old example as part of their July 2014 bottling programme I was immediately interested; especially after receiving the thumbs up from trusted whisky friends. This is a rare malt and as such commands a price of £195, which frankly is a bargain as Diageo would be pushing £600+ with a larger run of bottles if it had the opportunity. Even so, 95% of everything here on Whisky Rover are my own purchases, so I plumped for a 20cl cask end sample from a previously opened bottle. Heck, if I enjoyed it then I’d be back for full sized original. 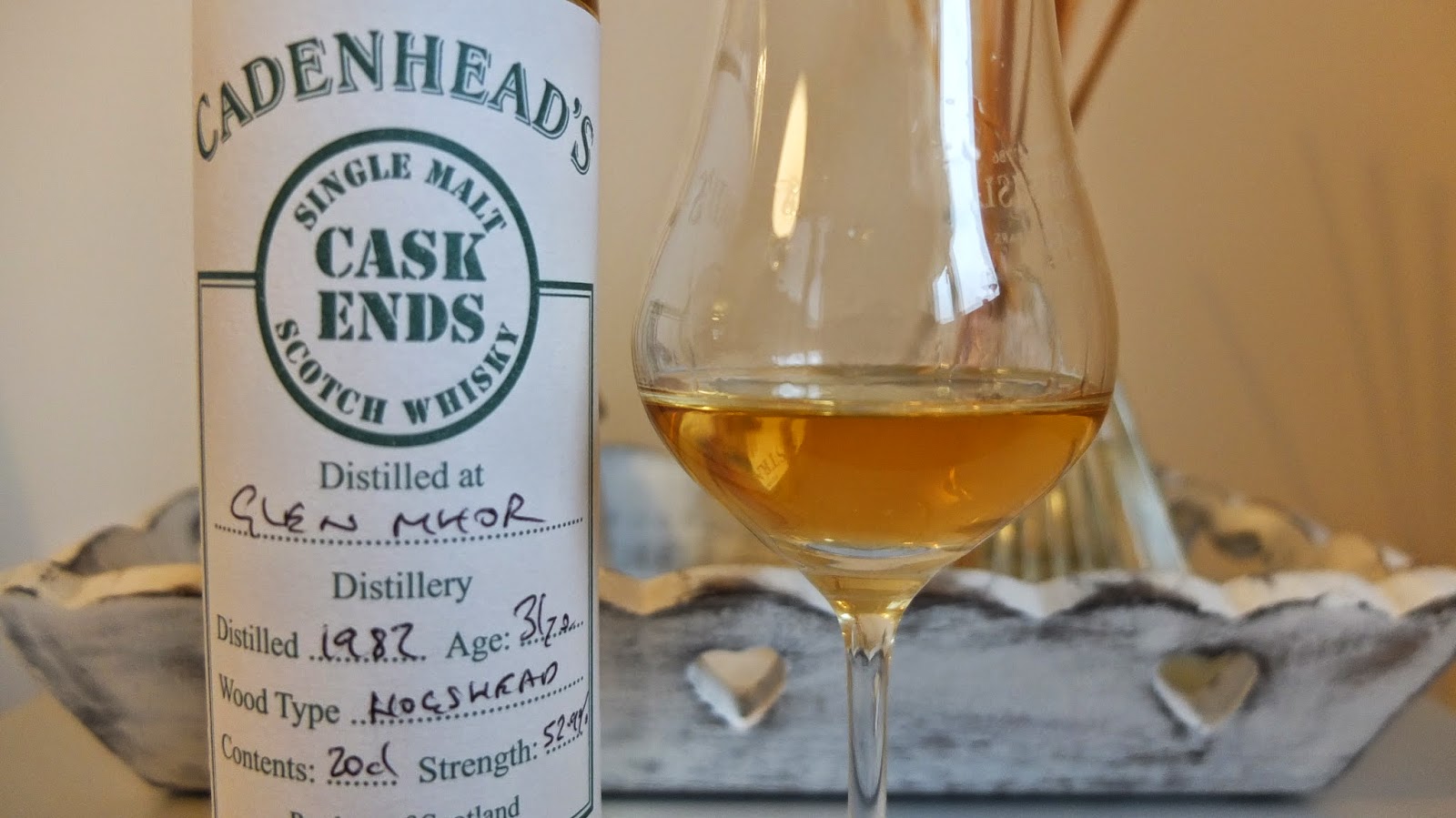 I have been to the site of where Glen Mhor once stood. Now it plays host to a series of units that house retail chains; instantly forgettable and a piece of history erased. I’ve always found it alarming that such historical sites can be reduced to rubble and a part of Scottish history destroyed; even the ongoing changes at Mortlach confirm that there isn’t much credence applied to such ‘improvements’ even today. Big business wins out and history is left in books, photographs, relics and bottles.

It would be fair to suggest that the trio of Inverness distilleries never enjoyed a prosperous reputation when in production. As with most things in life its only when something has gone that appreciation for what once was begins. In the case of closed distilleries quite often it is the casks that have been laid down for longer periods than originally envisaged. Patience can open up new possibilities and highlight overlooked characteristics in whiskies that were bottled too young – maybe this is the case with this Glen Mhor?

On the nose: initially apples to match the colour. I’d been forewarned that this old lovely needed a little time and patience to open up, so we’ll just do that now…

Adding a couple drops of water from my trusty Pasteur pipette brings out more citrus notes that has me swinging between the sweetness of pineapple to the sourness of grapefruit. This actually reminds me of making granola with jumbo oats and honey being most prominent. A little bit of butter lavishes fading into cream crackers. A freshness runs through this malt, the sense of being outdoors in the open, exposed to the elements. A faint touch of spice as well. This might well be 52.9% but noses extremely well without any alcohol burn.

Oh, that’s something else. This just glides across the palate slowly building and then delivering a finish laden with glowing embers that has you wanting more. The finish refuses to let go; holding on till the very end. Funnily enough in the Shackleton recreation piece mentioned previously, they needed Glen Mhor to add that little bit of smokiness.

Backing up for a moment, the introduction is sweetness; a real syrup smothered delivery with a little depth provided by brown sugar, or molasses if you prefer. Then more of that grapefruit citrus mix with oranges thrown in, before smokes leads onto the embers in the long finish.

Port Ellen and Brora receive all the plaudits for closed distilleries. I’ve experienced some very dubious Port Ellen’s in my time (not Brora’s, yet) and Glen Mhor doesn’t have the greatest reputation. A few more releases like this and all will be forgiven. It might lack the complexity of other distilleries yet what it does possess it pulls off with remarkable style. Oh well, I’ll have to buy the full 70cl size now.

Due to family I do spend a bit time in the Inverness region every year, so it is a shame that the trio of Inverness..