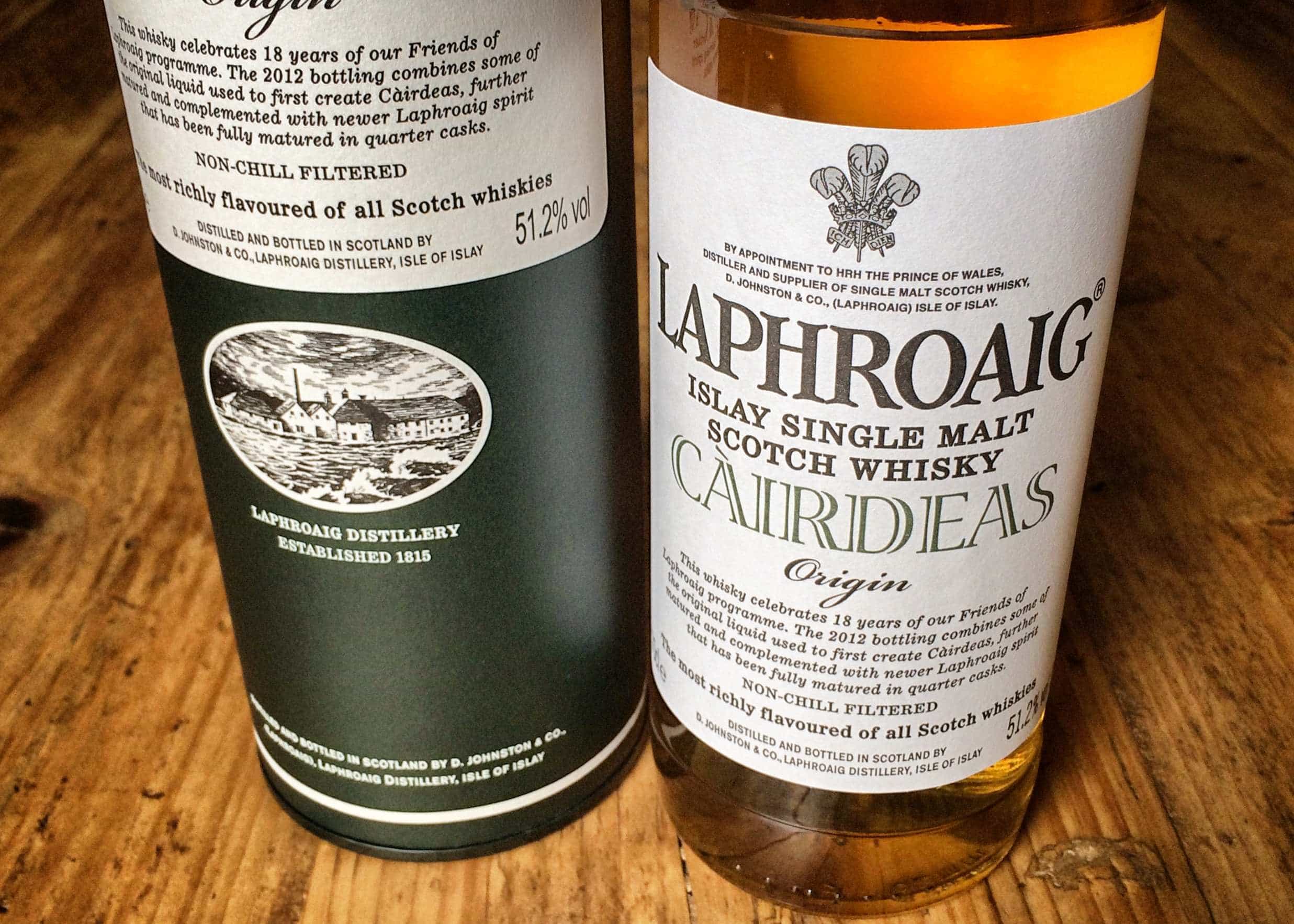 Laphroaig is one of those reliable Islay distilleries. The basic Laphroaig bottlings of the 10 Year Old and Quarter Cask are ridiculously good value for money. I tend to overlook the distillery these days. For my Islay kicks I tend to enjoy mostly Bruichladdich and Caol Ila. Laphroaig was perhaps more popular in the 90s, at least comparatively so. It hasn’t really evolved in my mind from the very traditional, Sir Walter Scott, tartan-y type of Scotch whisky brand. Nothing wrong with that, mind you, but it just means that I tended to overlook it for the bolder and more experimental Islay offerings. Given that branding is so important to distilleries, it’s no surprise to me that they’ve hired an advertising agency to inject some vigour into things with the Laphroaig ‘Opinions Welcome‘ campaign.

Since Laphroaig were brushing off the tartan, I thought I’d hunt something of theirs that was a bit more interesting. So a little while ago I browsed Scotch Whisky Auctions and stumbled upon the Laphroaig Cairdeas Origin, which was their Feis Ile festival bottling from 2012. Cairdeas means ‘friendship’ in Gaelic, and this bottling was launched in celebration of 18 years of the distillery’s friends programme. A mixture of old and new spirit, which has been matured in quarter casks, it’s bottled at ABV 51.2%. You can easily pick bottles up at auction for around £80. (Weirdly Laphroaig special bottlings don’t seem to be as collectible as some of the other Islay distilleries.)

Colour: amber, deep gold. On the nose: that wonderful, briny, sweet peat of Laphroaig, but none of the iodine notes of the 10 Year Old. this is more similar to the Quarter Cask, with a deeply coastal note,then almost intensely butter or olive oil, breaking through. Wafts of lime juice. At the very end it’s the last few moments of a campfire.

In the mouth: a lovely oily, viscous texture with delightful balance of flavours, yet that nice first impression seems to fade just a touch. Smoked salmon, sautéed in butter, then something altogether more earthy. There are some more mineral notes, but they’re shouted down out by that classic Laphroaig peat, before toffee and custard.

If you like Laphroaig, you’ll love it. It’s not hugely complex, but it does what Laphroaig does with gusto. I’d say if you’re new to Laphroaig, still go with the 10 Year Old and Quarter Casks. The Cairdeas doesn’t really do things that those other Laphroaigs do better already. Yet in its favour, it’s one of those whiskies that’s good for sharing. The less you think about it, in fact, the more pleasurable it is – but I don’t mean that in a bad way. It just doesn’t stand up to scrutiny in the same way that other Laphroaigs might do. But it is great to share and enjoy. In the spirit of ‘Cairdeas’ or friendship – it’s probably very fitting.