Earlier this week I took part in the tweet-tasting for the Girvan Grain Patent Still range that was launched recently. This online event was an opportunity to take part in a vertical tasting of the range starting out with the new make spirit and ultimately ending up at the Girvan 30 year old.

I do enjoy these occasions which are becoming very popular online and seem to attract a crowd. In saying that I only put my name forward now and again, and when tweeting try to keep my thoughts fairly concise with a tweet per nosing and taste for each dram. I’m very aware of how annoying it can be to have your twitter feed clogged up with 1 person or topic (thanks Friday’s), so hopefully, this isn’t too overpowering for followers @raithrover.

Grain whisky is growing in popularity and for a variety of reasons including pricing which offers real value when looking out for aged whisky. I was once told that grain needs at least 20 years interaction in the cask before it becomes truly rewarding.  Generally, this seems true and there are some great examples out there including releases from the Scotch Malt Whisky Society and Clan Denny range from Douglas Laing. I’ve tried several new make spirits over the years but never one from a grain distillery so this was a first and where we start with the tasting. 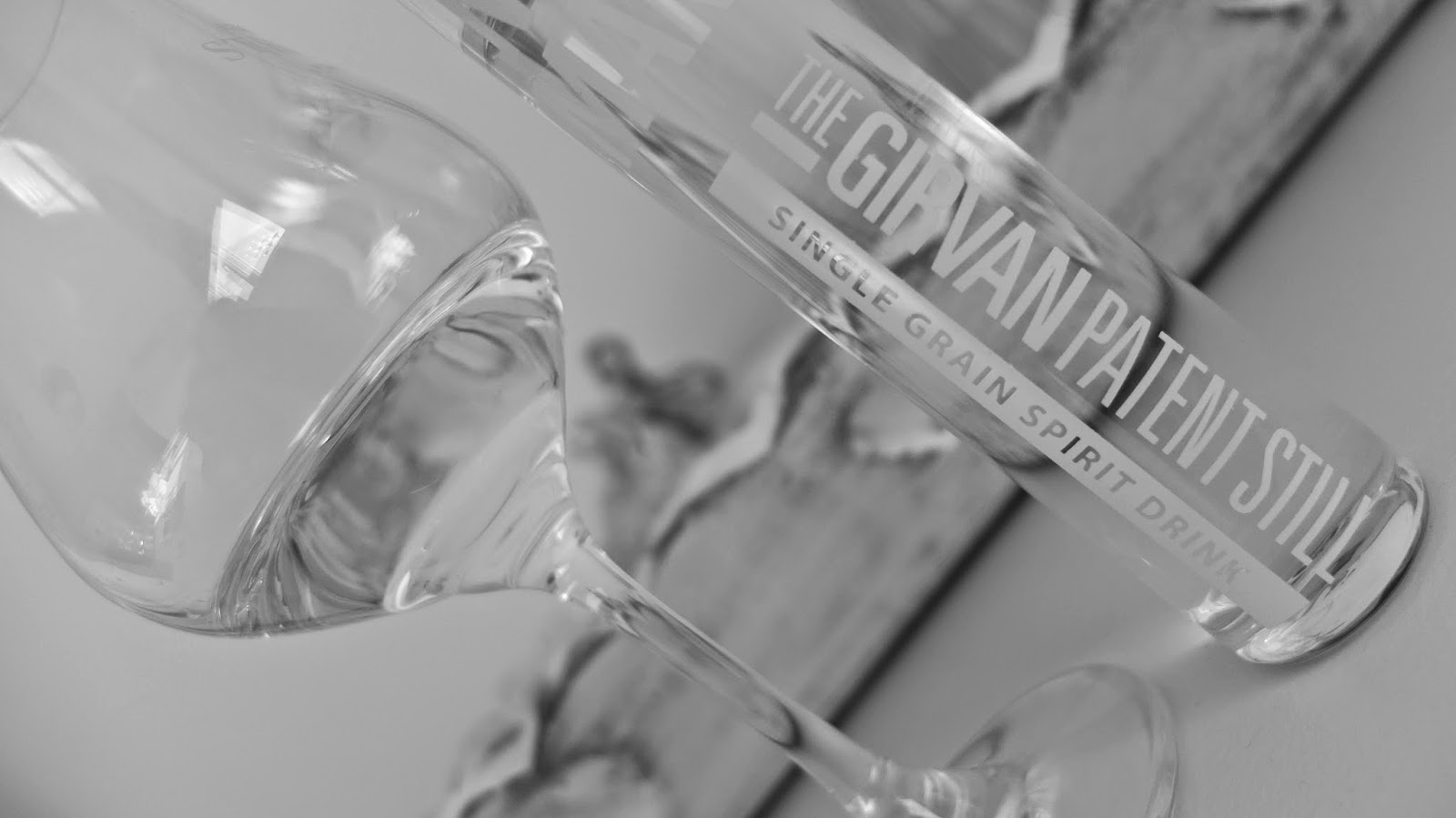 Girvan New Make Spirit 42% ABV
Colour: well this chap is crystal clear!
Nose: vibrant apples, a scattering of castor sugar with lime leaves, bubble-gum and Riesling wine.
Taste: very watery after taking this new make down from 94% to 42% ABV so this is understandable but a little too much. Almonds and vanilla; a medicinal antiseptic feeling here.
Not one of the best new make spirits I’ve tried but a new experience to try a grain variant. 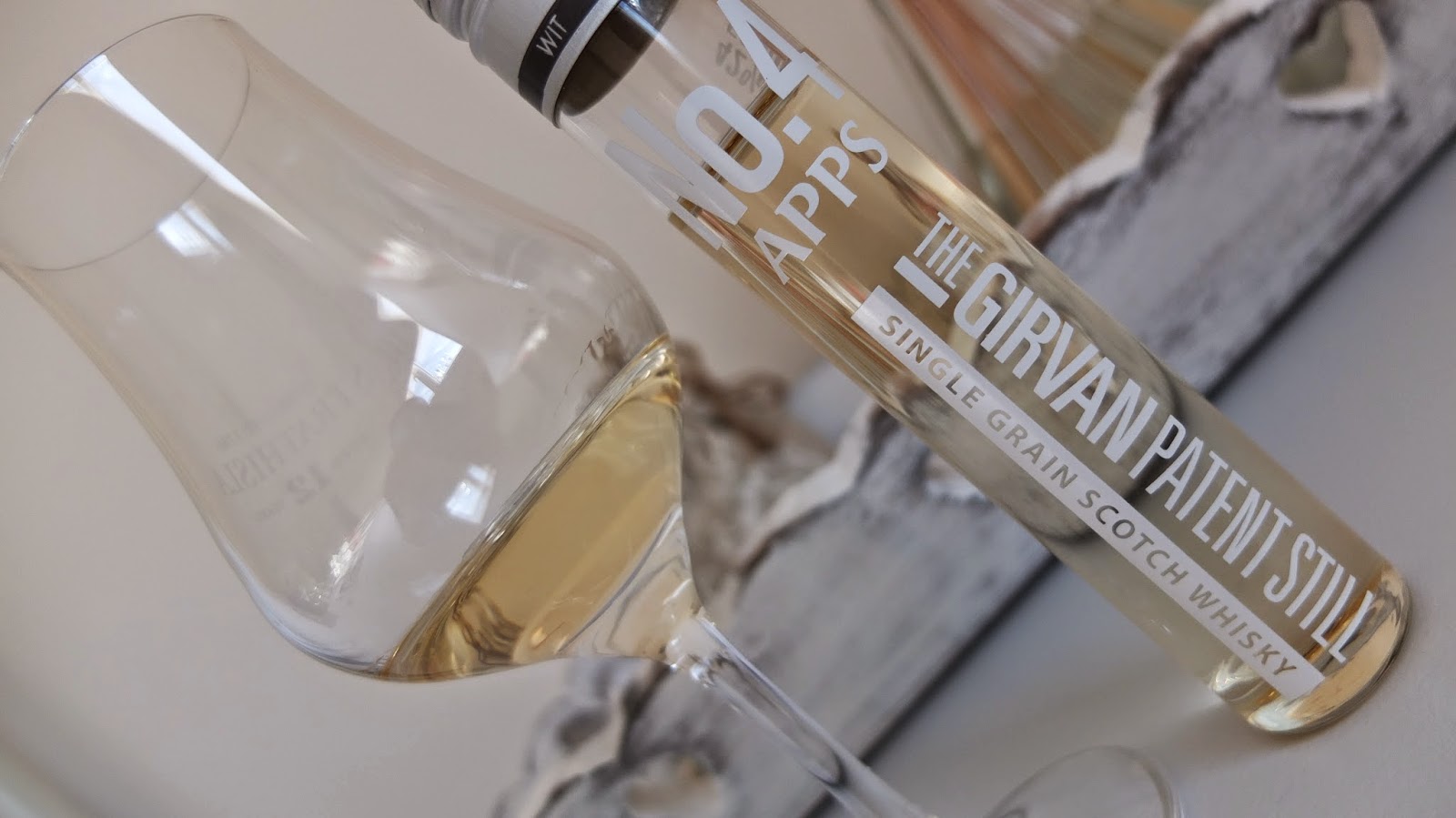 Girvan No: 4 Apps 42% ABV
Colour: if you’ve ever been to Islay or the Highlands and ran a water tap then it could be like this
Nose: buttered toast morphing into Shredded Wheat cereal and damp cut grass. More vanilla from the American Oak barrels, some light floral notes which fit the lightweight characteristics of this featherweight.
Taste: more character than the flatline Haig Club I tasted recently. Tablet, no make that fudge with whipped cream and a Rich Tea biscuit vibe. Kind of like a deconstructed Orkney Fudge Cheesecake which I recommend you must experience at least once in your life! A very short finish though. 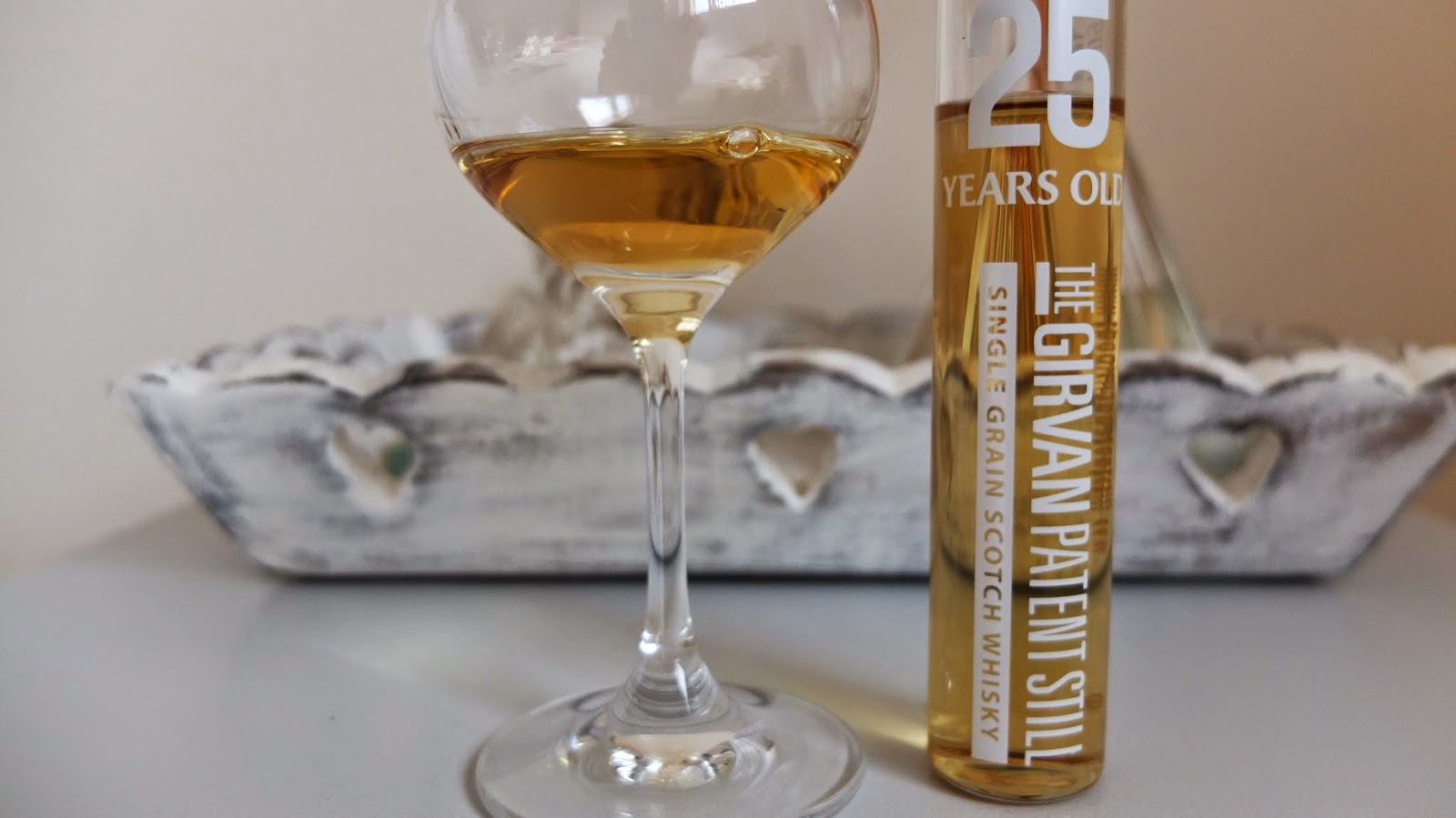 Girvan 25 year old 42% ABV
Colour: toffee
Nose: we’re moving up a notch now with the wood really kicking in with more forceful vanilla and almonds. Now joined by creamy notes that you associated with grain and American oak. A little background hint of white vinegar of all things that I’d associate with the Riesling appearance during the new make nosing. A vegetative note delivers hotdogs in brine to much surprise.
Taste: I was expecting more oomph here but this fella is a little restrained. Tropical notes of banana and coconuts (closely associated with grain whisky) with more wood influence carrying over from the nose with crushed almonds and a syrupy texture to it all. A little water brings out more sugary, caramel sweetness or in summary crème brulee. A short finish once again.
Girvan 30 year old 42% ABV
Colour: not as bold as the 25 year old more a lighter caramel
Nose: slightly toasted marshmallows, a little bit of orange peel and freshly baked vanilla sponge cake
Taste: the cereal note is short crust pastry – really rich and buttery. A hint of lemon, more coconut and a slight Caramac (a devilish confectionary) undertone to it all.

Overall during these events, it is easy to be swept away by the ages of the samples involved and in the eagerness trample over what comes before the ‘star’ dram of the night. Pricing is always a consideration in my mind as the majority of what I review here are my own purchases. Even when faced with a lovely presented set of free samples like this Girvan Grain package, I still have to consider the price. The 25 year old reviewed here will set you back around £270, whereas the 30 year old is nearer £375. These seem overpriced or set the expectation extremely high – which is not achieved.
Overall No: 4 Apps was the pick of the bunch as it comes in just below the pricing of the Haig Club, which is priced at £45. It might be a No Age Statement whisky but it offers more flavour and experience than Diageo’s Beckham-led benign grain.
55.240164-4.854218
CategoriesGrain
Tags
girvan