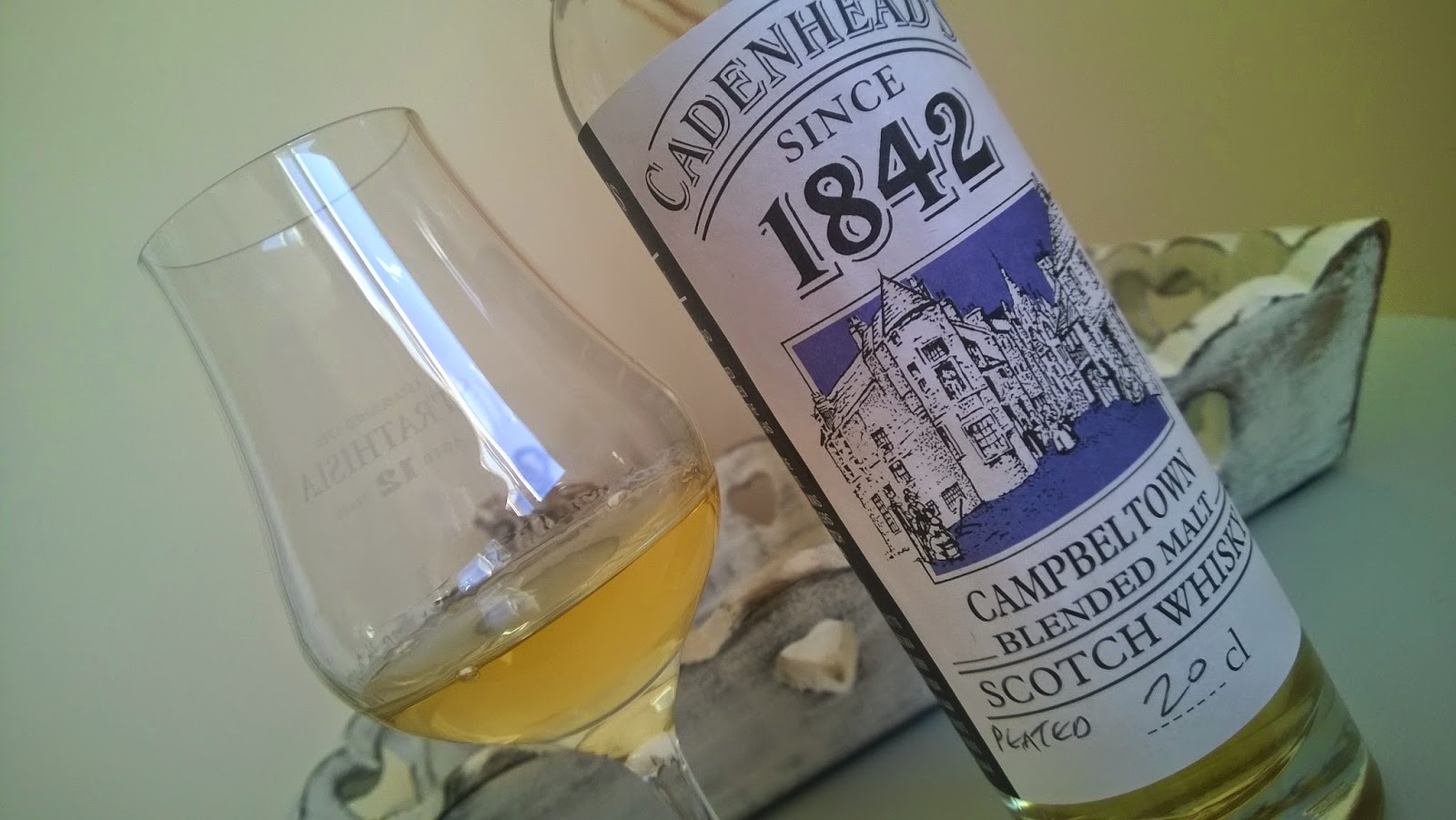 Not for the first time I walk out of the Cadenhead’s shop with an expected purchase. However there is a tale to this bottle-your-own cask option from the store. Let me take you back to August in Edinburgh, and specifically into the midst of Festival and tourist season.

It’s a chaotic scene, a recipe for any store assistant meltdown as the streets of the city become a hive of culture seekers and your traditional tourists. Whether locally situated in an overpriced hotel or rampaging on a daytrip from a cruise liner anchored on the Forth; they are everywhere. Where else can they pick up a piece of Scotland that isn’t overpriced or cheap and tacky? Why, thanks to the Observer naming the shop as 1 of the 5 must do things inroads were made by all it seems to the small confines of the store on Edinburgh’s High Street. GQ magazine have apparently gotten in on the act as well but I haven’t read their piece yet.

So we’re in the centre of this tornado, comfortably sitting at the back of the shop tasting a couple of specially selected drams as I tend to do. Even as a regular, I have to sometimes give advice to tourists looking at the definitive Cadenhead’s in-stock chalkboard just behind me, as the shop team are so busy serving customers. One of the lads says ‘we’ve got no peat left’, much to my surprise, so I have to question this further ‘no peated whisky left at all in the shop?’. ‘Yes, that’s right non-whatsoever there’s been a run on anything peated and its all gone’. This isn’t entirely correct as a recent stock check turned up a ‘dirty’ Bowmore I was a huge fan of, but by the time I came to purchase word had gotten out. For whatever reason, this store cupboard refuge is a welcome discovery.

An indicator of this peat-fever whilst I’m sitting enjoying 3 splendid drams, is within the space of 5 minutes, 2 different groups of tourists come in looking specifically for Lagavulin and failing that anything peated. It’s hard sometimes not to chuckle when you hear a different pronunciation of Lagavulin; there are some really inventive attempts. I’m sure I’ve done exactly the same thing in France or Italy when asking for a local delicacy. It’s part of being a tourist.

The staff are always inventive and had put in a transmission to the mothership (otherwise known as Cadenhead’s, Campbeltown) and a peated saviour was delivered. The plan. Take 64 unmarked bottles of peated whisky and put this into a cask in the shop. Genius. I had just arrived at the tail-end of this pouring marathon. Already the excellence of this whisky has prompted its inclusion in my blind tasting trio; the third and final dram which was the highlight. Job done. Order restored and any passing peat-head could now be relinquished without bloodshed.

So here we have the physical form of this tale which is from Longrow and bottled at 49.5% and therefore older than staple shop cask whiskies. This is a slightly lower ABV strength than the normal casks in the shop but something hugely interesting and not a blended malt as far as I’m aware. 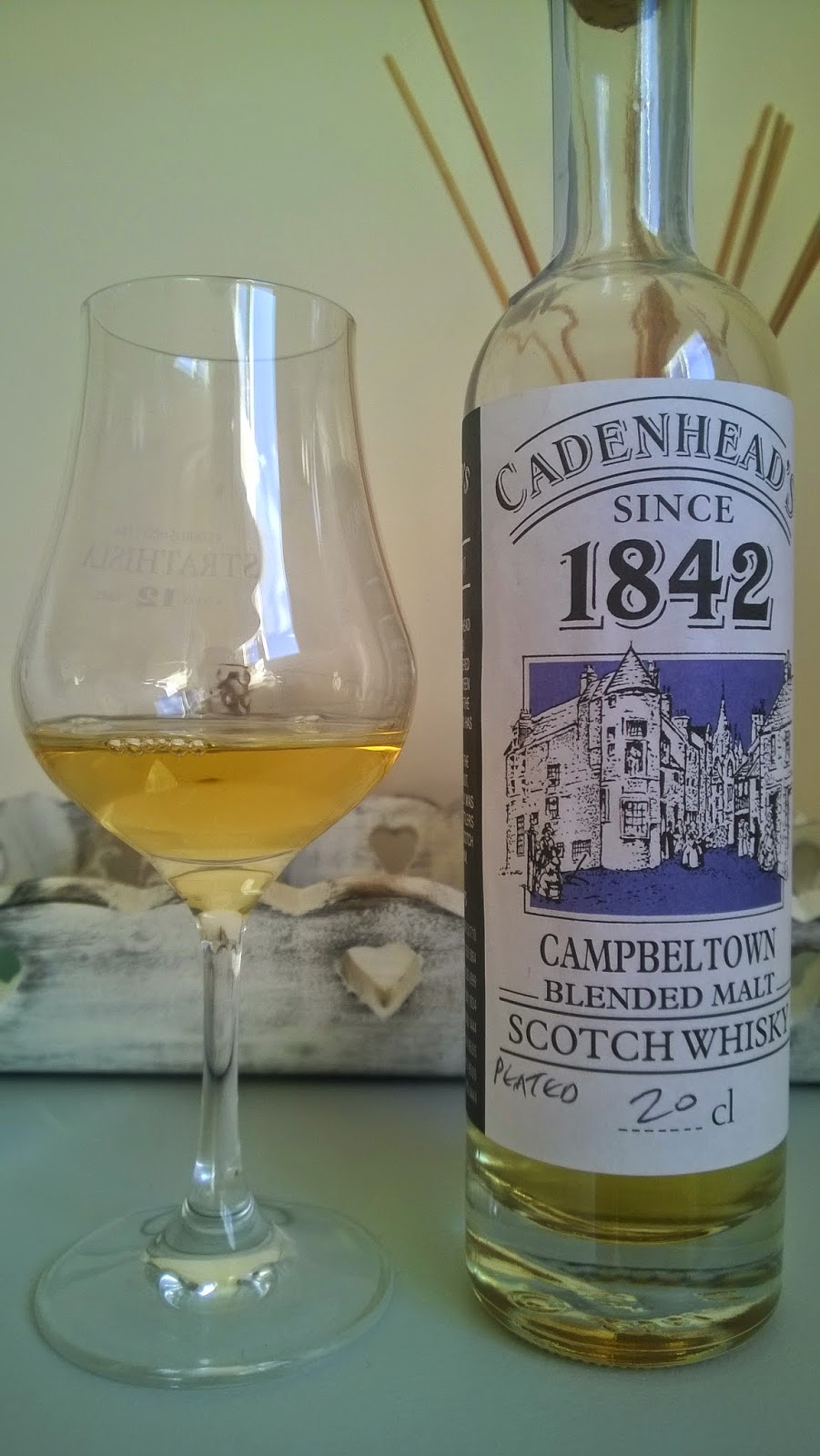 Distillery: Longrow (Springbank)
Age: No Age Statement but this chap is much older than the normal whiskies put into these casks
Price: a bargain your typical Cadenhead’s cask prices i.e. £13.10 for 20cl particularly as this is an older peated whisky

Nose: a little peat on the nose, enough certainly to satisfy the rescue mission objective. Then there’s lemon with sweetness in the presence of vanilla custard and watermelon. There’s a syrupy consistency as well, a touch of tree tea oil with autumnal notes.

Taste: an initial burst of peat sweetness followed by salted peanuts, a little ash almost cola cube-esque, a faint hint of orange and Highland honey. The departing shot is a stab of bitterness and the overall experience is a lovely, enjoyable and well priced malt.

Since writing this I’ve been back in the store and this cask is now finished. However what remains are some bottles taken from the cask. I picked up a 70cl for just £44 to enjoy at a later date.

If you have the opportunity to visit a Cadenhead’s whisky shop then I’d recommend doing so. Prices are fair and the range includes most official releases yet..