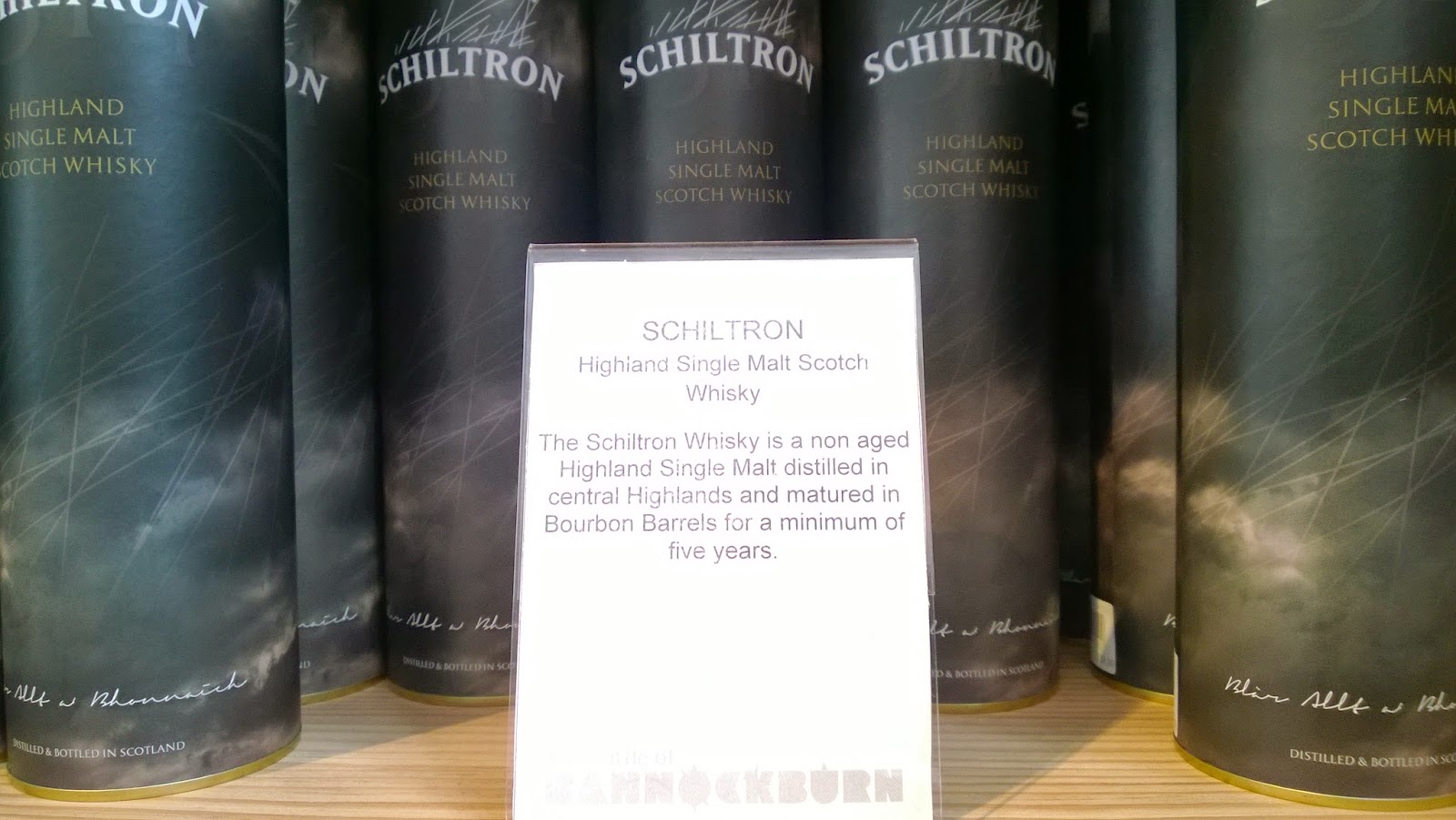 We’re having a Bannockburn theme this month with 2 articles that are reaching readiness by bizarre coincidence. Last week I visited the Bannockburn visitor centre with family and picked up their specially bottled Schiltron release. This was prior to visiting Cadenhead’s who have been holding onto a bottle of the Spirit of Freedom bottled especially for the 700th anniversary.

First up is the Schiltron bottled especially for Historic Scotland and is available exclusively from their visitor centre. There have been a range of specially themed releases from Historic Scotland over the years and these seem to be popular combining whisky and history in a pleasant and easily digestible form. The asking price for a 70cl bottle seemed a little steep at £60 so for this review I went with the more modest 5cl miniature priced at £5.99. If it was any good then I could easily drop by again. 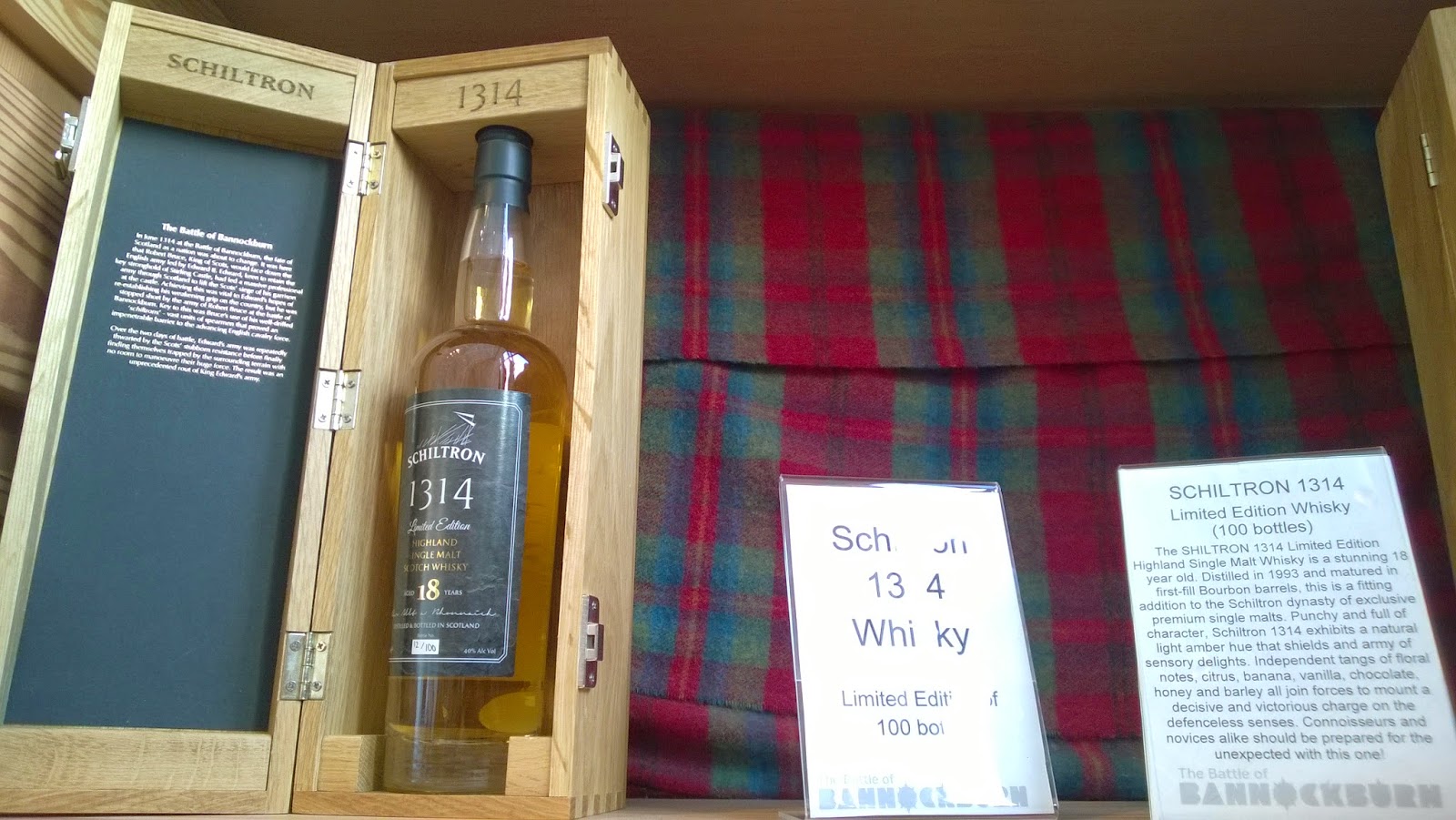 They also stock a very limited edition of Schiltron (pictured above) with an asking price of just £300 and an edition of 100 bottles. This is an 18 year old whisky matured in first-fill bourbon barrels. The packaging is a step up but I really doubt the tasting experience justifies several hundred pounds for what seems like tourist pricing.
Moving back to our sample – you’ll be asking what is a Schiltron exactly? Good question and until having visited Bannockburn I would have guessed it was some Gaelic nonsense dreamed up by the marketing department. You can forgive anyone for thinking the same in this era of nonsense names and fancy packaging. However here we have a release with a little more content with its current abode.
Schiltron is a defensive formation used by Scottish units during the Battle of Bannockburn. This formation with spearmen was extremely effective against cavalry units, which the English possessed in great numbers and the Scots in comparison had hardly any of. This wall of spears proved extremely effective and reduced the charging cavalry’s chances of routing Scottish units. See I was listening during the tour!

Distillery: unknown but its in the Highland region
Age: a No age statement whisky
Strength: 40% ABV
Price: this 5cl was £5.99, the 70cl will set you back £60 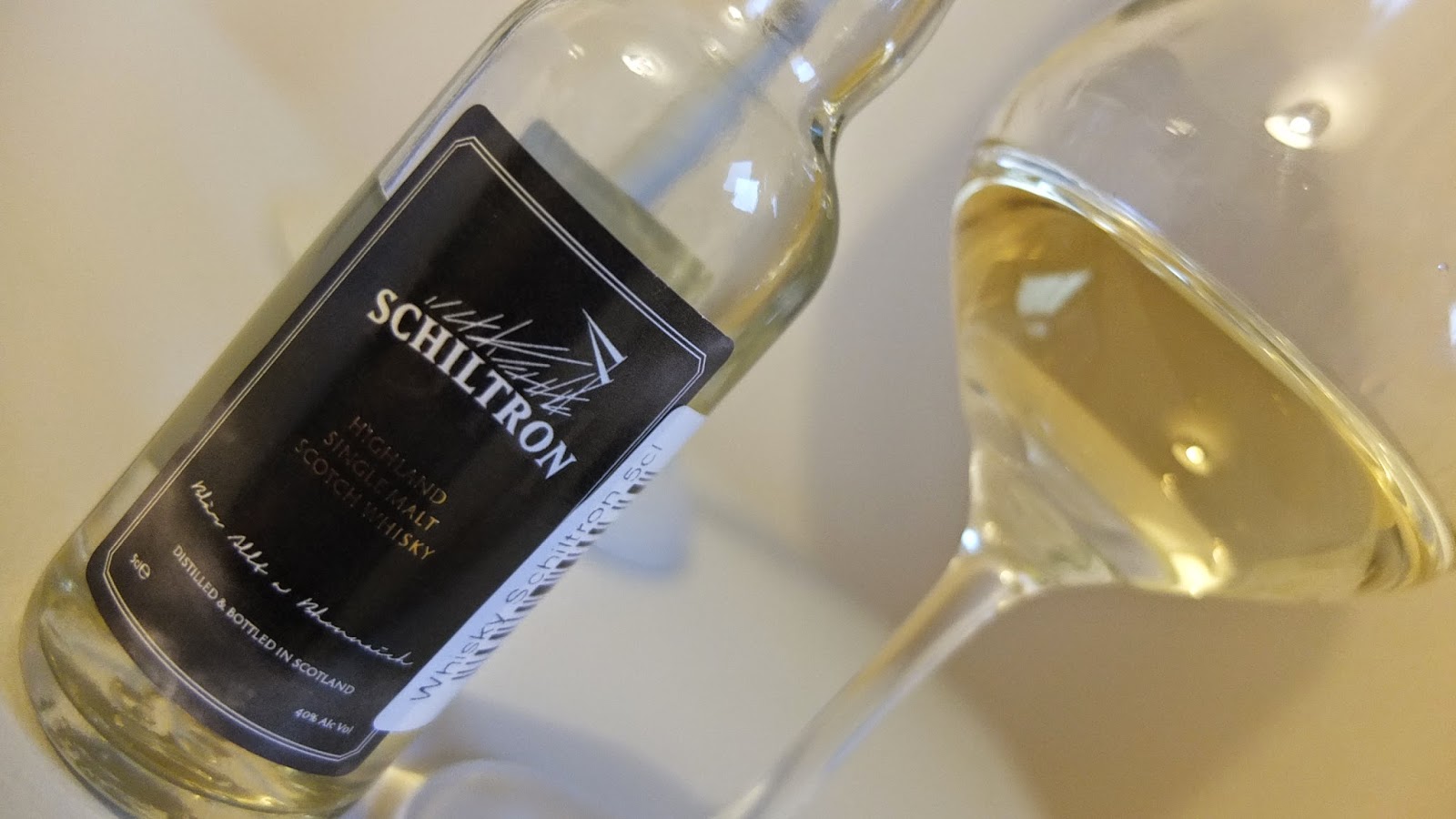 Nose: a rush of almonds and citrus lemon. This is a shy or (more likely) young whisky that needs some work; pancakes, a biscuit feel and white grapes. Water doesn’t bring anything to the party.

Taste: a blast of vanilla sweetness that swiftly transcends into smoke – where did that characteristic come from? That’s the only interesting thing about this young whisky on the palate; the sudden transition from sweetness and arrival of smoke. It leaves me thinking which Highland distilleries would engage in the smoke aspect. Water is of no benefit as it removes the smoky edge leaving you with virtually nothing.

For such a rigid, fearsome and robust tactical formation, the Schiltron is a surprisingly timid dram. I’m often critical of tourist pricing in Edinburgh, but here we have a tourist dram outside of the capital. For the asking price of £60 I cannot recommend this whisky. If it was nearer £25 then I’d be a more forgiving but for a very young whisky you’re paying a high premium.
CategoriesUncategorised

Dallas Dhu is a long departed Speyside distillery that today is under the ownership of Historic Scotland as a visitor attraction. Kept as a time..