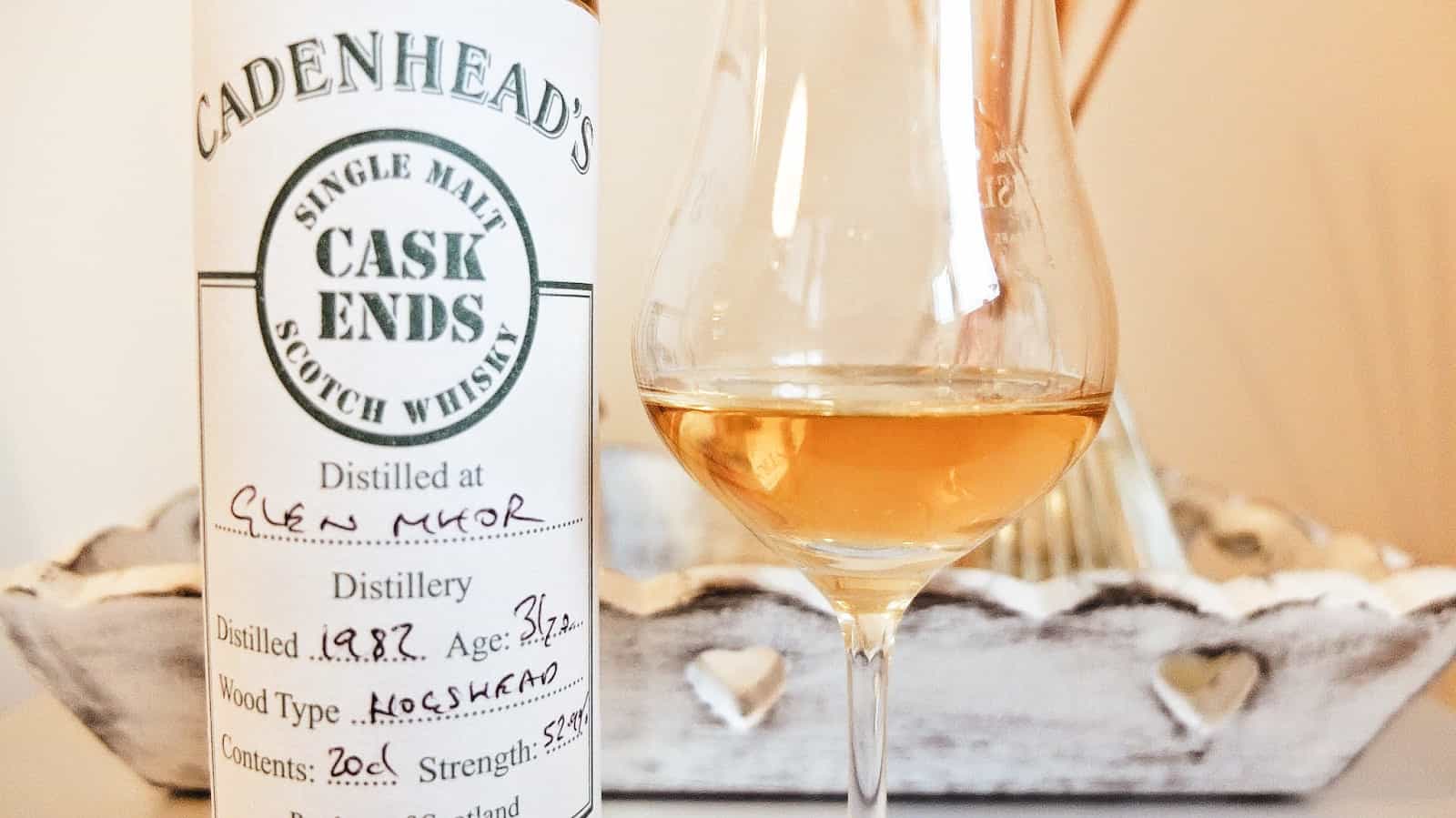 Myself and fellow digital whisky enthusiast, the Whisky Rover, have for some months now been exchanging whisky samples. We do it without telling each other what the whiskies are at first, which makes life very interesting. There is no prejudice involved, no personal bias as to favourite distilleries or previous experiences, no funny handshakes from those within the industry. It’s just pure reaction to the liquid in the glass.

Because the Whisky Rover must have shares in Cadenhead’s, Scotland’s oldest independent bottler, he gets through a lot of their whiskies. (As an aside, check out this interview with Mark Watt of Cadenhead’s from a little while ago.) Quite a few of these make their way to me in the medium of samples, which I’ve tasted blind. I’ve lined up four of their offerings, both single malts and blends, so without any further preamble (for once), here’s what I tasted. 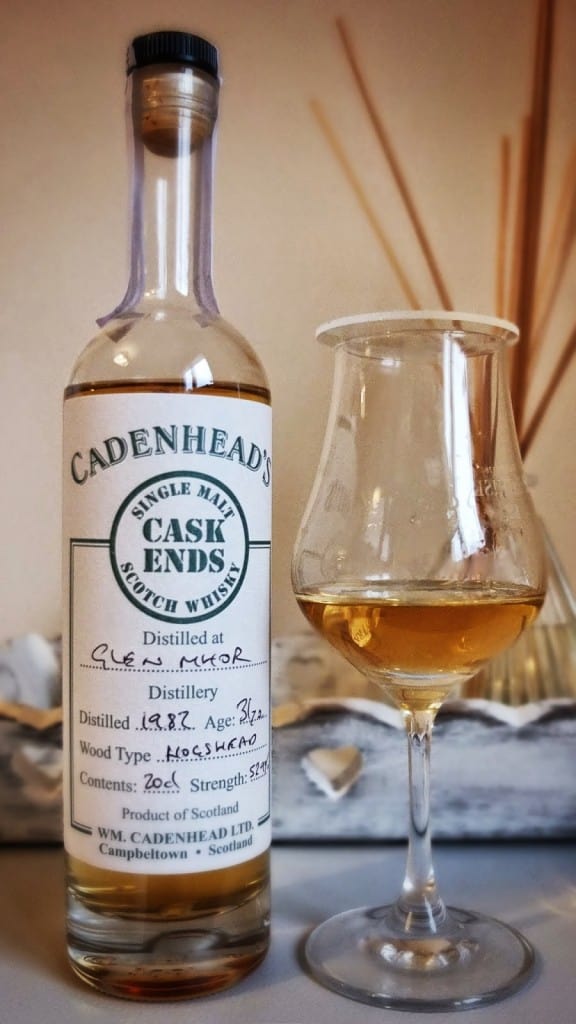 In the mouth: now that’s an altogether different proposition. The flavours finally decide to jump out of the glass and into the mouth. Real deep and rich blackcurrant and blackberry notes. Almost elderberry, in fact. Cocoa powder, honey. Madeira wine and towards the end there’s a heavy woodiness to it. Quite a short, sharp finish.

Doesn’t quite work for me, this one.

Colour: pale gold, pale straw. On the nose: gentle, sweet peat. Nice malt notes. A sort of industrial quality to it, though not in a bad way. Engine houses. Malt room floor. Briny, with a touch of lemon and lime marmalade.

In the mouth: gosh, that’s lovely! Everything from the nose comes through, but it’s so much more intense. The smoke is now a full-on chimney stack. Tar and ropes, leather boots that have trudged through somewhere muddy. A wonderfully earthy quality to it all and yet, seeded throughout is that delicious sweetness. Once the smoke wears off, the bold malt is much more prominent. Warm and peppery finish that goes on for a good while. Coastal. Very pleasing. 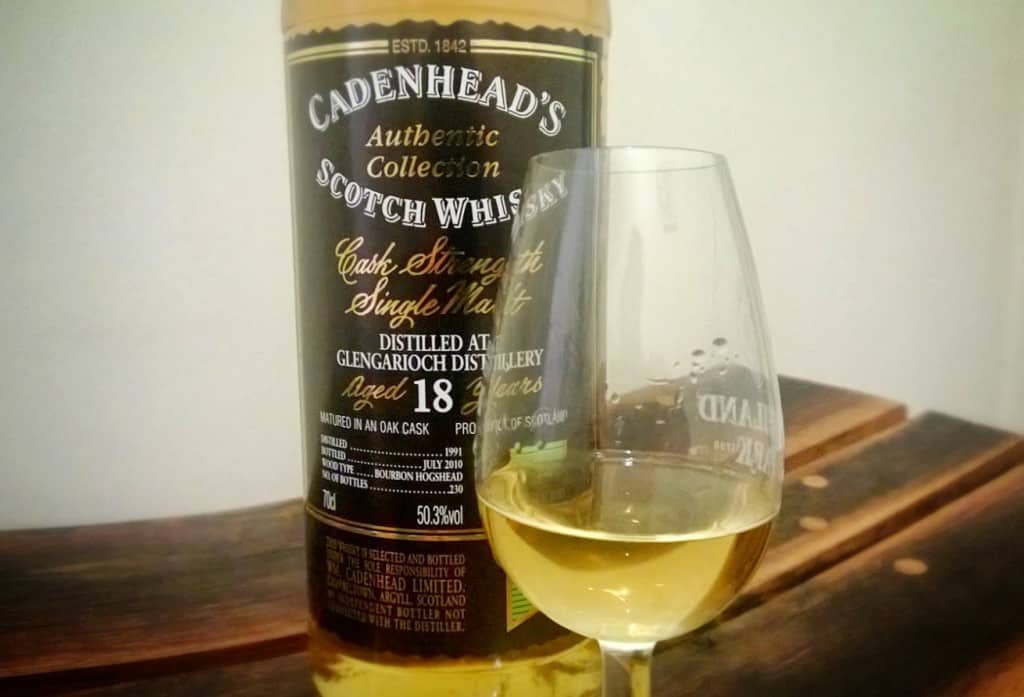 Colour: a classic gold. On the nose: a sudden, sharp sweetness that takes you by surprise. It’s so sharp that it takes a while for your nose to actually discover what lies beneath that sweetness, but it eventually settles to some heady vegetative tang. Butterscotch. Werther’s Original.

In the mouth: that’s about one of the sweetest whiskies I’ve ever had! It’s basically maple syrup in a glass. Now don’t get me wrong: this is nice, but it’s kind of overwhelming. There’s not a huge amount to be found at first, but it settles down to reveal gentle traces of ginger, cloves, and a little woody spice. Sultanas. Raisins. Quite a thin and clean texture in the mouth. It’s not completely three-dimensional; for my money, a little overwhelming on the sweetness.

Colour: old gold, amber. On the nose: some lovely medicinal, seaweed-y peat right off the bat. Once you grow accustomed to it there’s all sorts of dried fruits sweetness bubbling under the surface. Quite herbal, too, with chamomile and lemon meringue pie. Slightly soapy, but not in a bad way. More peated goodness on the back-end.

In the mouth: now I do like it when the taste follows the nose, which this does sublimely. All of the above. More smoked sea food now, though, and here comes that beautifully balanced sweet smoke. Those core flavours – the dried fruits sweetness and the smoked fish – are all very strong, and tend to dominate. That makes you think at first that it’s not an overly complex dram, and you might be right, but sit back, have some patience, and there’s some nice stewed fruits and woodiness to come. But for the finish it’s another stirring blast of peat, and a warm, peppery tang to the mouth.

And finally, here’s what the Whisky Rover thought of that.