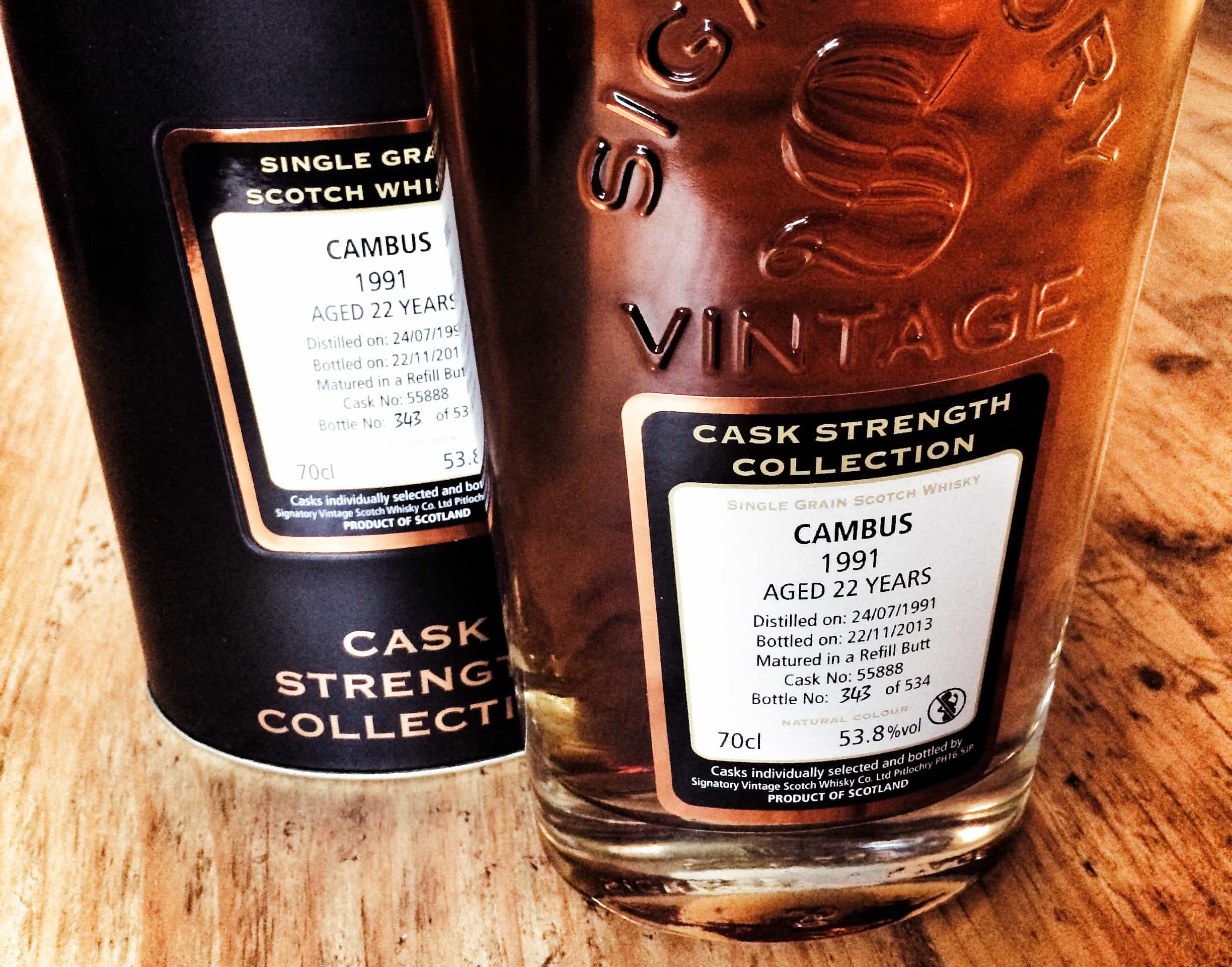 The single grain whisky I’m about to talk about was distilled at Cambus on July 24th 1991. Two years later, in 1993, the distillery closed down. This whisky is therefore an artefact. A remnant of a bygone era. Something that, if I hadn’t bought it, might have been placed on an online auction by some unscrupulous charlatan wishing to earn a few quid. But – as I explained to my wife when I snuck yet another bottle of whisky into the house – I rescued it from that terrible fate of sitting on some collector’s shelf like most limited edition Ardbegs, never to be drunk. I opened this because that would be what the whisky wanted. 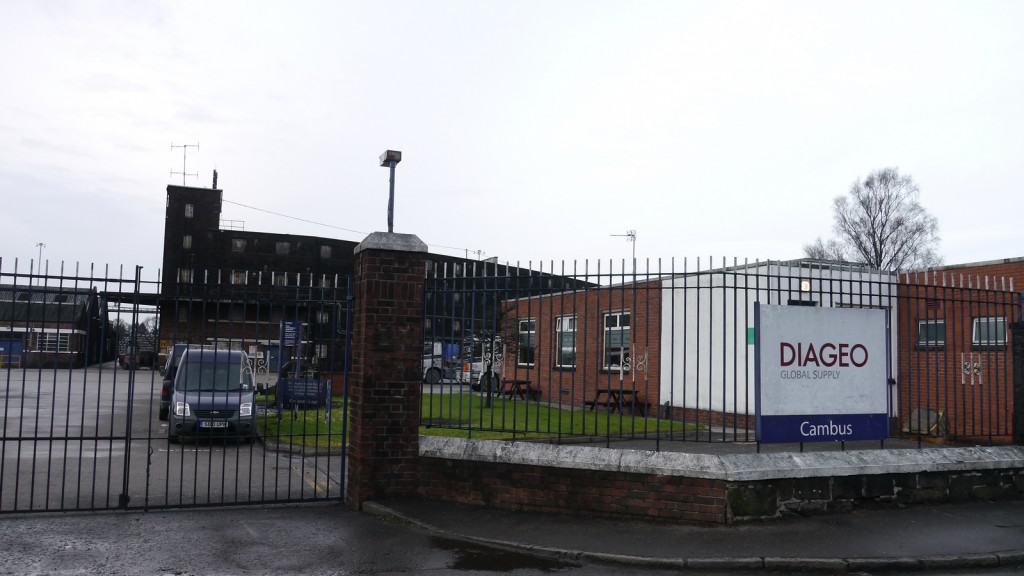 Cambus, when it was still in business, was a grain distillery, and it was located near Stirling in Clackmannanshire. The distillery had a face only a mother could love (photo from the Whisky Cyclist). It looked more like an institution in which you’d do time for armed robbery rather than a white-washed, pagoda-crowned piece of architectural nostalgia in which fine whiskies are forged.

That said, I do like these industrial-looking distilleries – there’s something very no-nonsense about them. Distilleries are spirits factories, after all, even if some are more charming than others. Cambus was founded in 1806, which predates the 1823 Excise Act that sanctioned legal distilling in the UK. According to Barnard’s The Whisky Distilleries of the United Kingdom (1887), its buildings were spread over 8 acres of ground, and were “everywhere intersected by the railway, with sidings to all the principal Warehouses”. Grain – not just malt, of course – was shipped in from rail and wharf alike. Back then the No. 2 warehouse contained Aeneas Coffey’s patent still, the legendary bit of kit which revolutionised the whisky industry in the 1830s, and which led to the mass production of grain whiskies. Later Cambus fell under the ownership of the Distiller’s Company and eventually, like all of us, Diageo. Being a grain distillery it provided the backbone to many a blend, but in 1993 it was surplus to requirements, and confined to the history books.

However, a few, sly single grains have slipped out into whisky retailers, courtesy of independent brands such as Signatory. This Cambus 1991, aged for 22 years, came from cask 55888, which was a refill butt. I purchased it from the Whisky Exchange for a ridiculously reasonable £60. 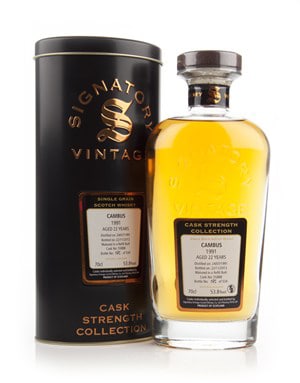 Colour: deep gold to copper. On the nose: tons and tons of maple syrup and brown sugar. The burnt bit on top of a creme brûlée. Vanilla and wood spice. And then it mellows a little in the glass. It calms down and says drink me. Chiseling away at it reveals treacle, orange marmalade, maybe even a touch of mulled wine, but I think that’s the dark evenings playing tricks with me. More spice than one would consider at first.

In the mouth: good lord that’s heavenly. It’s actually grown on me since I first tried it. Heaps of custard, toasted almonds, Armagnac, Cointreau. Vanilla by the bucketload. Treacle sponge and custard. Amaretto biscuits. And it’s got wood, so to speak, yet it’s not overwhelmingly spicy. There’s a light touch to it, this being a refill butt, which makes it a little different to some of the more heady grains I’ve had previously. The curious thing about this is that it changes each day. To revisit it reveals more, and that speaks of a complex whisky. A really zippy, spiced sweet finish, which is perfectly balanced. It needs time; it needs attention; give it both and it will reward you. This is a wonderful whisky, and the more of it I drink, the more p*ssed off I become that Cambus has closed down.

£60 for a delicious piece of history! Keep in mind that single malt from Port Ellen was originally poured into blends and now fetches in the region of thousands of pounds (it’s still not very good in my opinion – just buy old Caol Ila for a slice of the price). This humble single grain from an ex-distillery is cheaper than a train ticket across the country. You might see a bottle here or there at auction, but it seems to be all gone from retail. Sniff one out if you can. (Here’s a tip: at the moment, the Whisky Exchange has some 23-year-old sherry butt finished Cambus going at £60. Tell no one.)

Has there ever been an era such as this where whisky was plentiful and choice abundant?   The boom period may have a couple of..