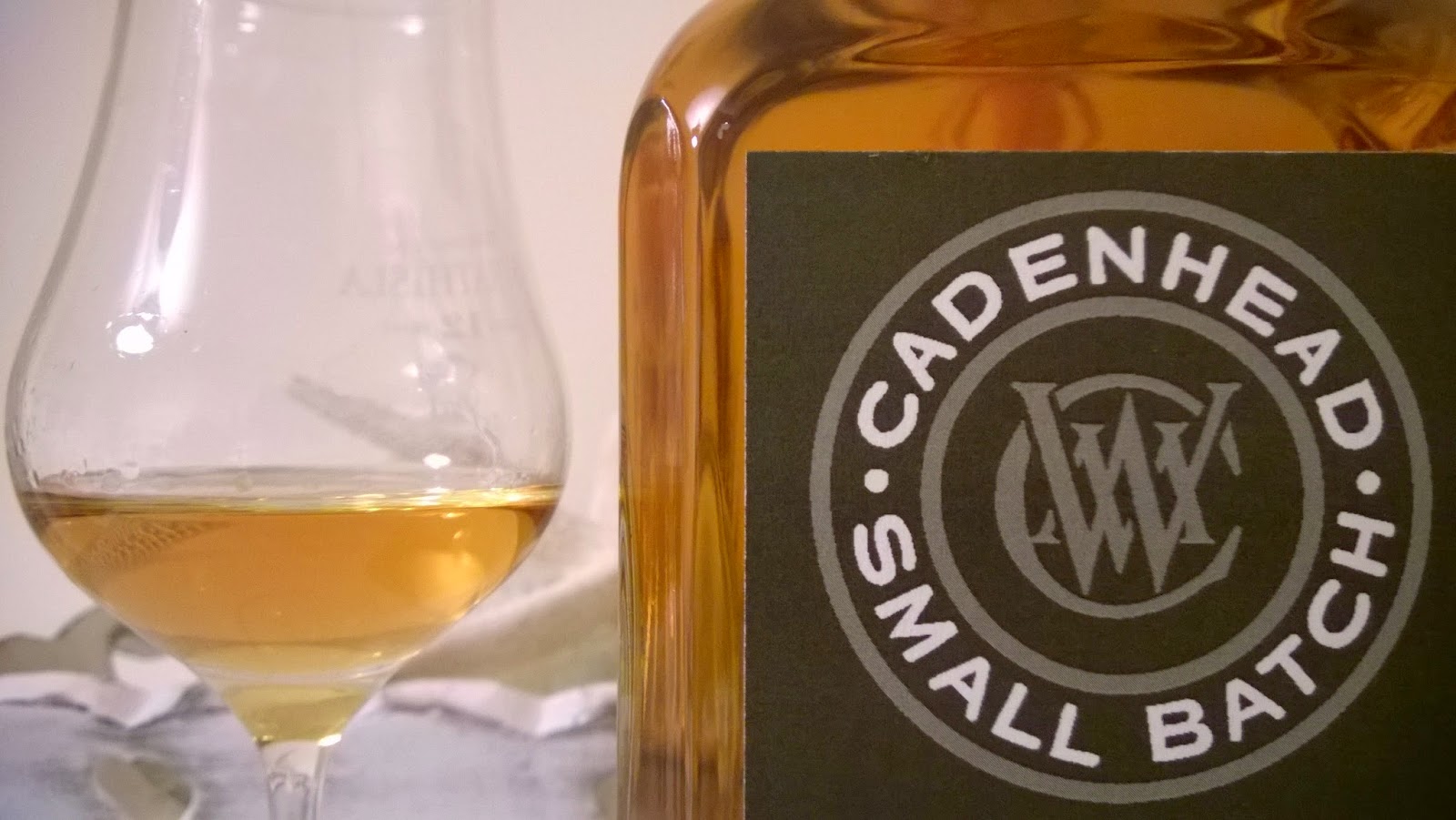 Dallas Dhu is a long departed Speyside distillery that today is under the ownership of Historic Scotland as a visitor attraction. Kept as a time capsule it offers visitors a glimpse into a fading memory of how distilleries used to operate and were staffed by large numbers. Left to your own devices you can walk through the distillery with an audio guide to appreciate the whisky craft before the dawn of the modern age of computerised Scotch. You can read about my visitor experience here.

Last time I visited Dallas Dhu, Historic Scotland offered a couple of bottles from Gordon & MacPhail of its single malt. As part of the tour you were allowed a sample of the Rhoderick Dhu blend that the distillery helped to produce. A refreshing dram, in all likelihood it probably only has a teaspoon of Dallas Dhu in the modern equivalent, which you can buy at the distillery shop. 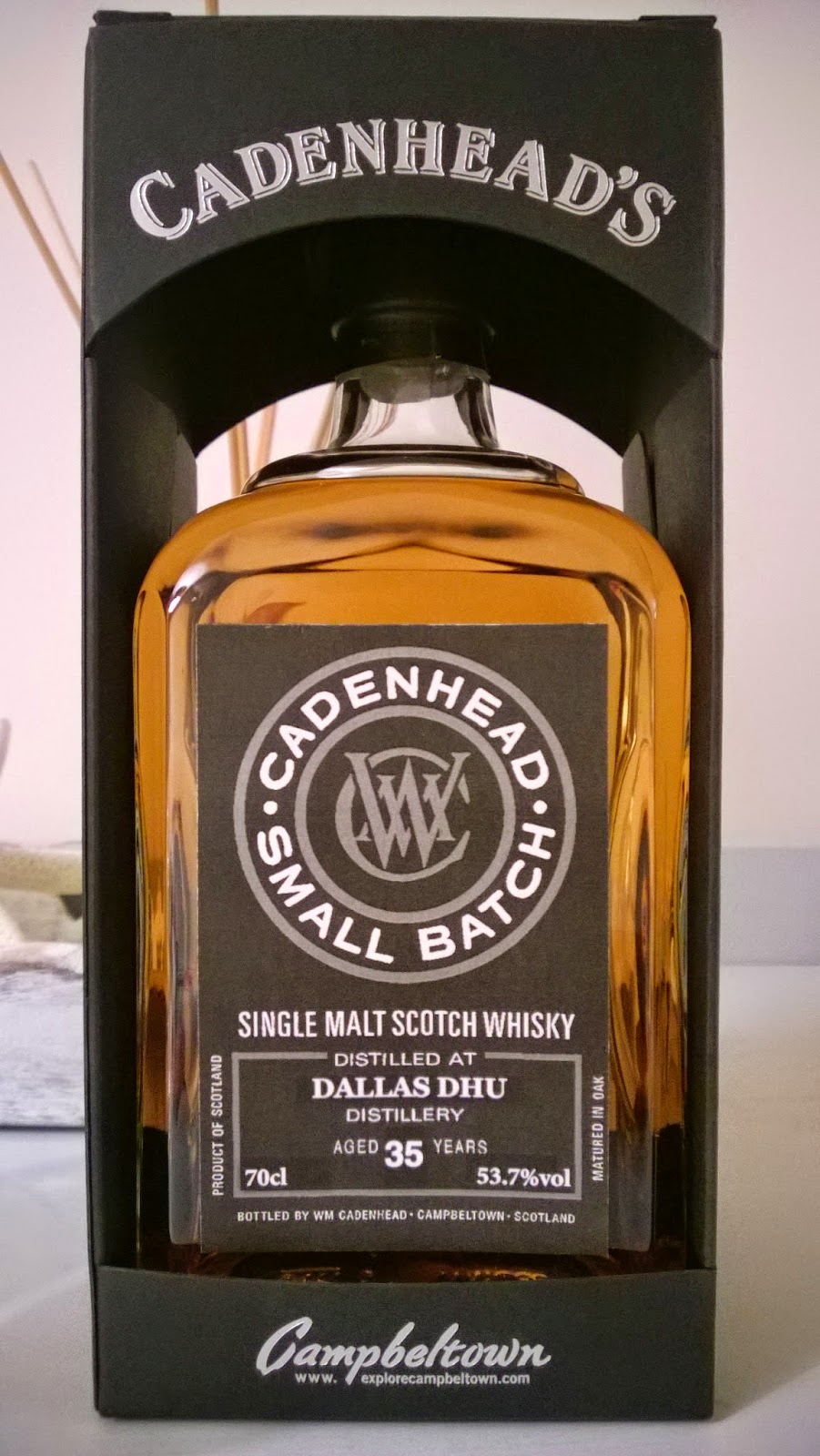 In recent years Dallas Dhu releases from independent bottlers have started to dry up considerably. It’s not a whisky you see very often, as like Brora, Port Ellen and their ilk, the number of casks in maturation is reaching the end of their lifespan. Whisky in casks will eventually reach a plateau where the relationship between the spirit and wood becomes unbalanced and the tasting experience is affected. For example I had a Cadenhead 43 years old Glenlivet a couple of years ago and my impression was the wood had taken over leaving a sense of disappointment. Bottlers also have to watch the alcoholic strength, as anything under 40% cannot be bottled as single malt whisky.

So when I heard a Dallas Dhu was being bottled by Cadenhead’s, I couldn’t pass up the opportunity to experience a much overlooked distillery. The arrival of this bottle is a little different to normal Cadenhead releases as its comes without tasting notes or outturn numbers. Earlier this year for its whisky festival, Springbank and Campbeltown have a series of events. Part of the appeal to visitors was the opportunity to purchase a specially bottled release of their own to mark the occasion. There were 2 casks on offer; namely a Rosebank and this Dallas Dhu. The Rosebank was the cheaper option and given the current Lowland fashion this sold out.

Evidently some of the Dallas Dhu was left in the cask and rather than having to re-gauge this or risk losing more to the angel’s share, Cadenhead’s bottled what was left as a wee special. I had the opportunity to taste this during a recent Jolly Topper event and it met almost with universal praise from the group of around 30 whisky drinkers. This is pretty rare given my experiences of these tastings, as a monopoly for ‘bottle of the night’ always meets some debate. 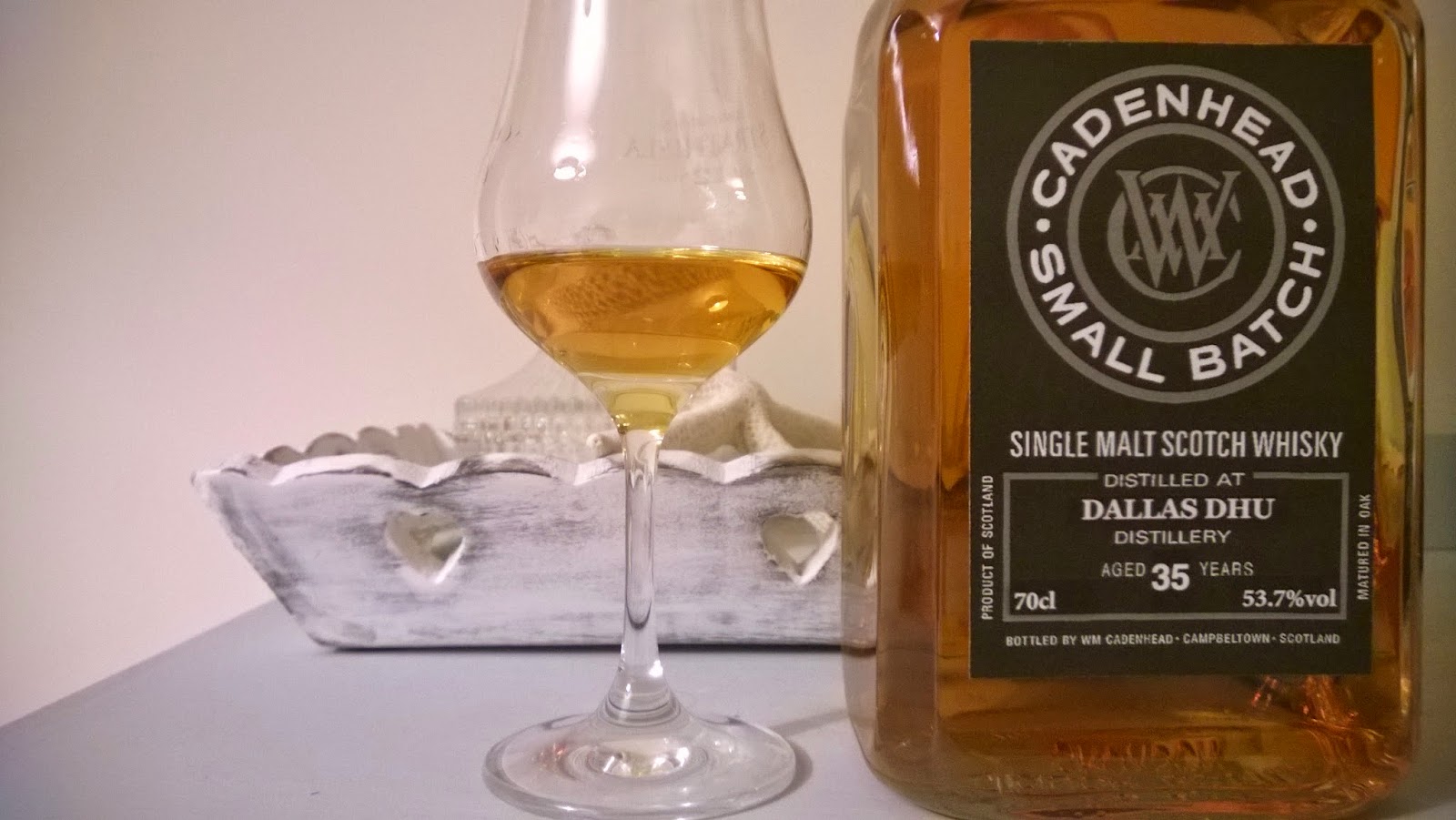 Nose: immediately you’re transported to a dunnage warehouse with the distinctive aromas of wood, spirit, an earthy characteristic and a pleasant musty note. This Dallas Dhu smells old and unlike modern whiskies today. Polished wood with beeswax, cherries, a little lemon, a richness I’m struggling to separate between soya sauce or mushroom and at the back of it all a glimmer of ash.

Taste: butterscotch moving into chocolate orange with cherries on top There is plenty of wood but in harmony with the spirit and pepper. It certainly doesn’t need water and only benefits slightly from a wee splash.

This Cadenhead edition is unlike other Dallas Dhu’s I’ve had previously and benefits from the higher strength. It isn’t the most complex 35 year old by far on the palate, however possesses a very pleasing rounded and engaging quality; a well made whisky from a bygone era.
CategoriesUncategorised

In this area of Scotland, otherwise known as Speyside, you can happily visit a huge assortment of working distilleries. Even as you drive through the..