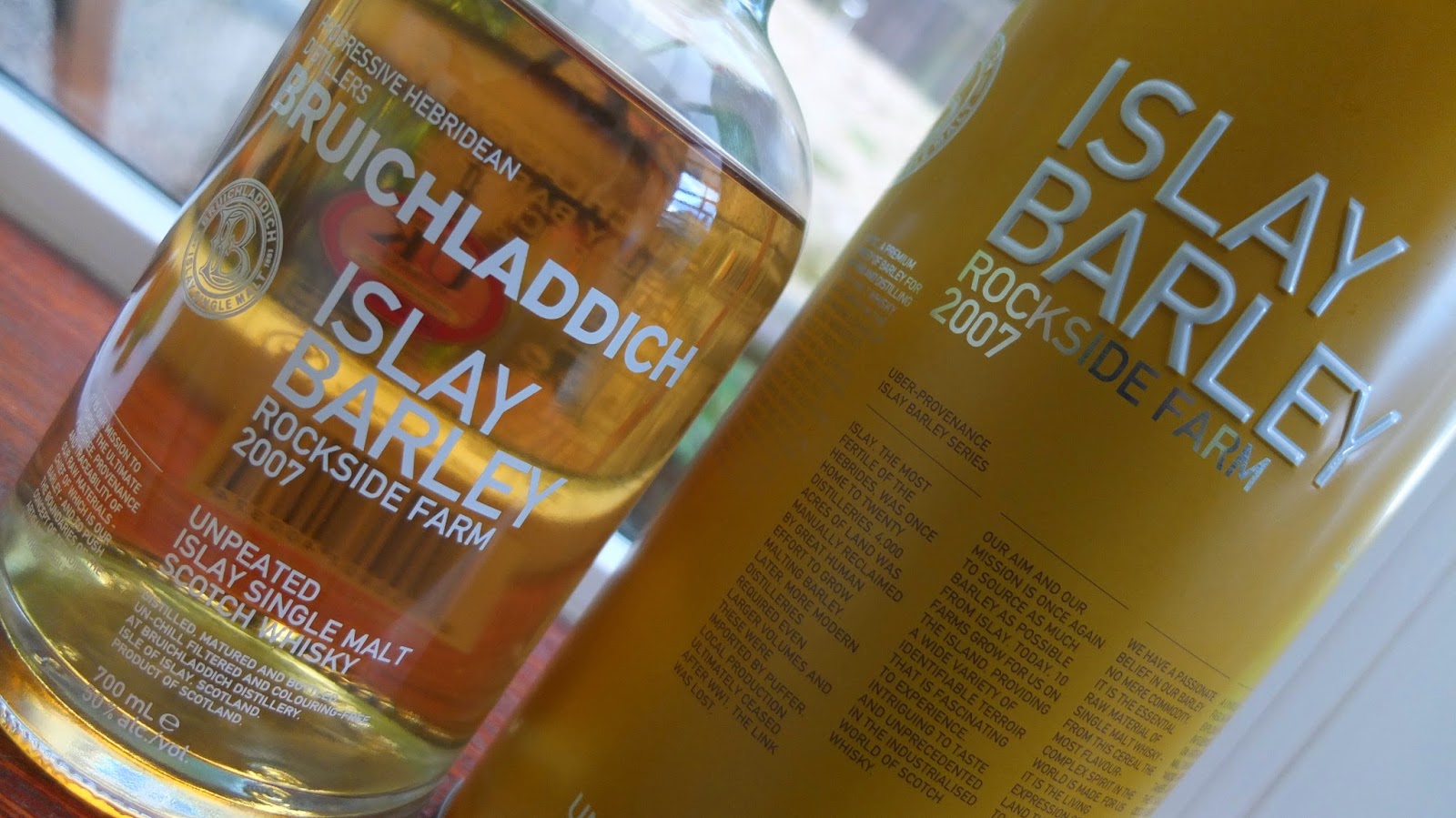 The stampede of releases from Bruichladdich have quietened down considerably in recent years since the new owners brought some much needed capital to the equation. From its revival, this Islay distillery was all about provenance and terroir. The Islay Barley range is the ultimate expression of this goal to date.
The attraction of barley grown, distilled and bottled on Islay is undeniable; just a maltings is missing from the formula. This 2007 release is the third instalment of a continuing series, starting its journey on Rockside Farm in 2006. This sample was kindly provided by the brother-in-law earlier this year and a review is long overdue, so let’s get cracking.
Distilled: 2007
Bottled: 2013
Strength: 50%
Price: expect to pay around £45 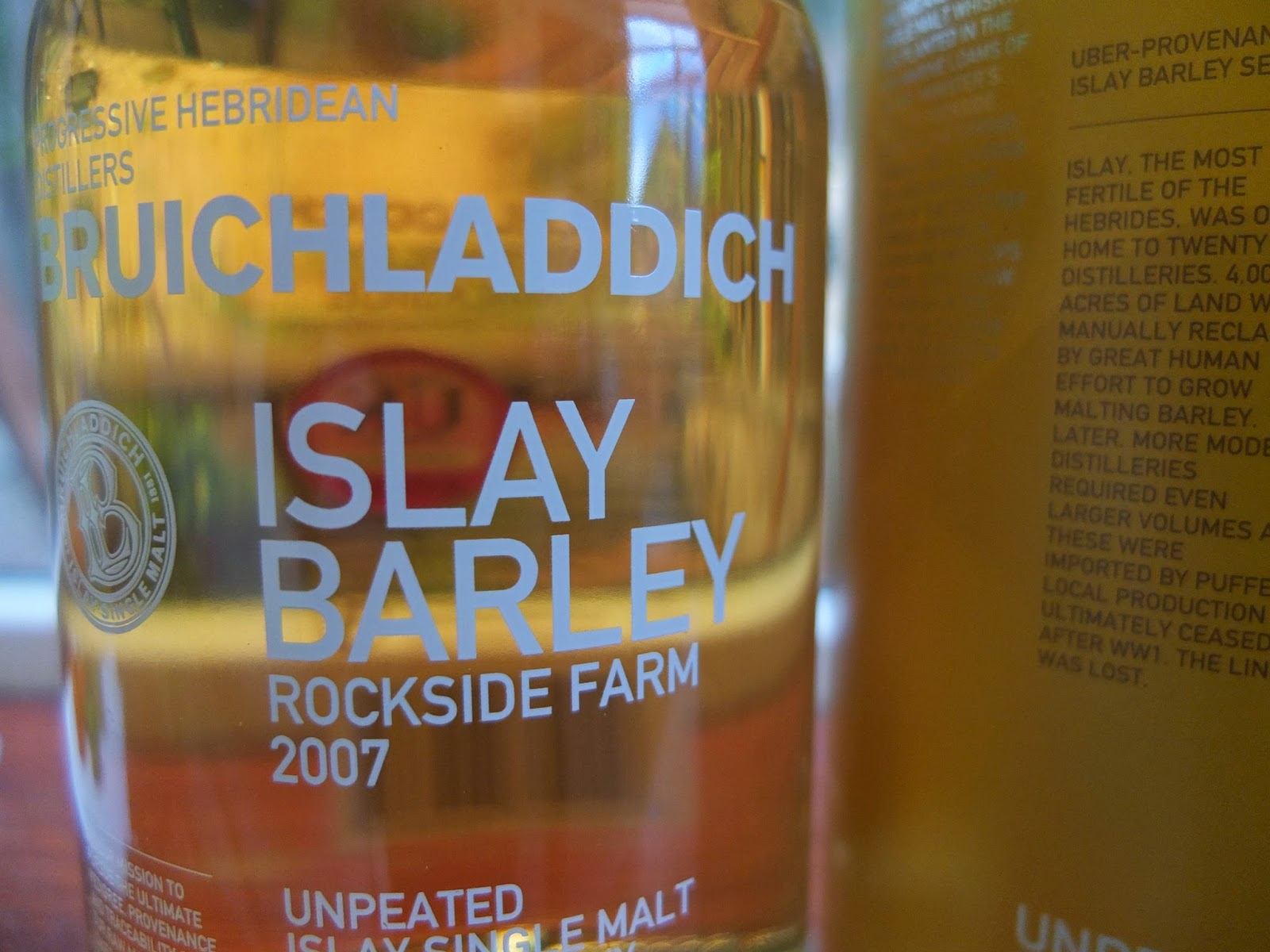 Taste: I was expecting more oomph for want of a better word at 50%, particularly with this whisky being only 6 or 7 years of age. Instead like some of the organic/green whiskies I’ve tasted recently it’s lacking that extra gear to really be of interest. Summing up this dram in the mouth would take just 1 word; creamy. Double cream with lemon peel, shortbread just out of the oven and more lashings of honey and vanilla.

A solid dram but little more.