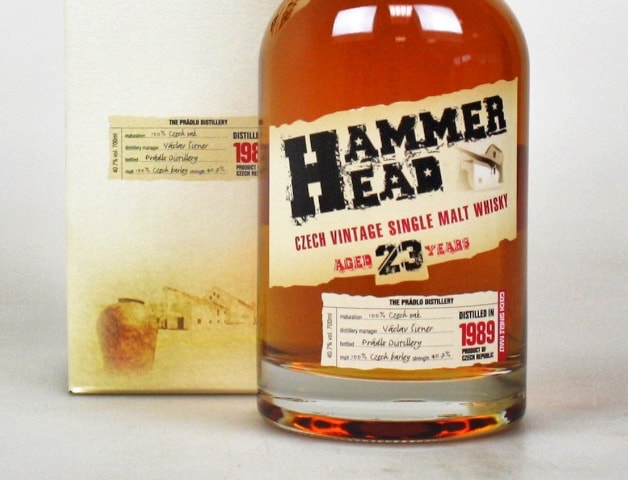 Communist whisky! Or rather, whisky distilled behind the Iron Curtain. 1989 was two years away from the dissolution of the former Soviet Union, but the year of the peaceful Velvet Revolution in Czechoslovakia. During these epic political times, someone decided it would be a good idea to distill whisky. And why not?

So the folks at the then-nationalised Pradlo Distillery made a single malt from Czech barley. It was milled using a cast iron “hammer mill” (which seems appropriately Soviet) that was built in 1928. Hammer mill, Hammer Head – see what they did there? The distillery used only Czech barley and water from the Bohemia region, before ageing the spirit in casks made of 100% Czech oak wood. I imagine strict limits to trading were behind such decisions, rather than this being in the interests of terroir.

Anyway. 20 years later, a whisky came about and ended up my Glencairn glass. I tasted this blind – courtesy of m’learned whisky friend, Whisky Rover. 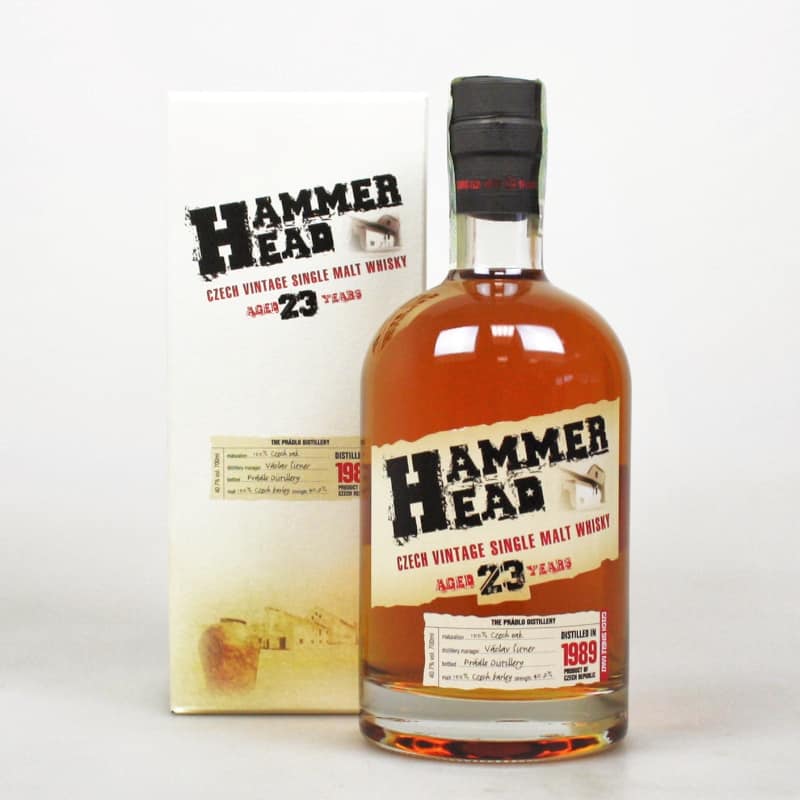 Colour: gold. On the nose: very stately at first. Freshly baked lemon drizzle cake. Malted barley, and a lot of it. Quite vibrant notes in there, even though it needs a little coaxing out. Let it settle and there’s a peculiar, metallic minerality. And more malted barley.

In the mouth: There’s a lovely medium weight and velvety texture to it, but a most unusual taste at the core. Baked pears, then bold malted barley. A little vinegary at times. Sour veg come forth, kale and cooked swede. Some woody notes linger on the finish. All in all it’s a bit musty, and not in a nice way either. This could really do with a little more interesting or improved cask maturation, I think, to make this spirit come alive.

Being a fan of world whiskies, I very much wanted to like this. But I really didn’t. It doesn’t taste awful, but it really isn’t great whisky. You might as well lick a musty, sawdust-caked malt-room door. Even at £45 a bottle (or cheaper) your money is better spent elsewhere unless you value the strangeness or novelty behind the whisky.

The Cold War is long consigned to the history books yet as a teenager I can recall aspects growing up. Having visited the Czech Republic..