The government got me. And by that, I mean Her Majesty’s Revenue and Customs sent me a bill for £20 to allow a package through customs. It was worth it though, because the package contained a whisky I’d ordered directly from Japan: it was a 12 year-old single grain whisky from a mysterious Japanese distillery known as Chita.

Not a lot is known about the Chita Distillery. It’s owned by Suntory, but I could have guessed that from the only other script upon the whisky bottle using the Latin alphabet. I’d heard of the distillery, but only recently had they come to my attention during one of the December batches of releases from the Scotch Malt Whisky Society. I was interested in getting something from the source, to get an idea of what the distillery had in mind for the house style, so went a-Googling.

There is a little information out there. Chita is Suntory’s grain distillery whose output goes into the famous, award-winning Hibiki blend. It is located in Port of Nagoya, a coastal and industrial zone of Japan. For more information, I recommend this guest post on the Whiskey Detectives, which sheds some light on this elusive place.

I even contacted Stefan at Nonjatta, the great Japanese whisky blog, to find out more about the composition of such a grain whisky, as I was interested in what grains were used. But he said that Suntory, like other distilleries, was very secretive about what went into its whiskies. A few years ago, when Nonjatta was involved in making a whisky map of Japan, Stefan said that “Suntory even requested that their Chita grain distillery be left off the map”.

Well, it’s definitely on my whisky map. Suntory Chita Single Grain Whisky has been bottled at 43% ABV and all in all it cost in the region of £80 (including being stung by customs). 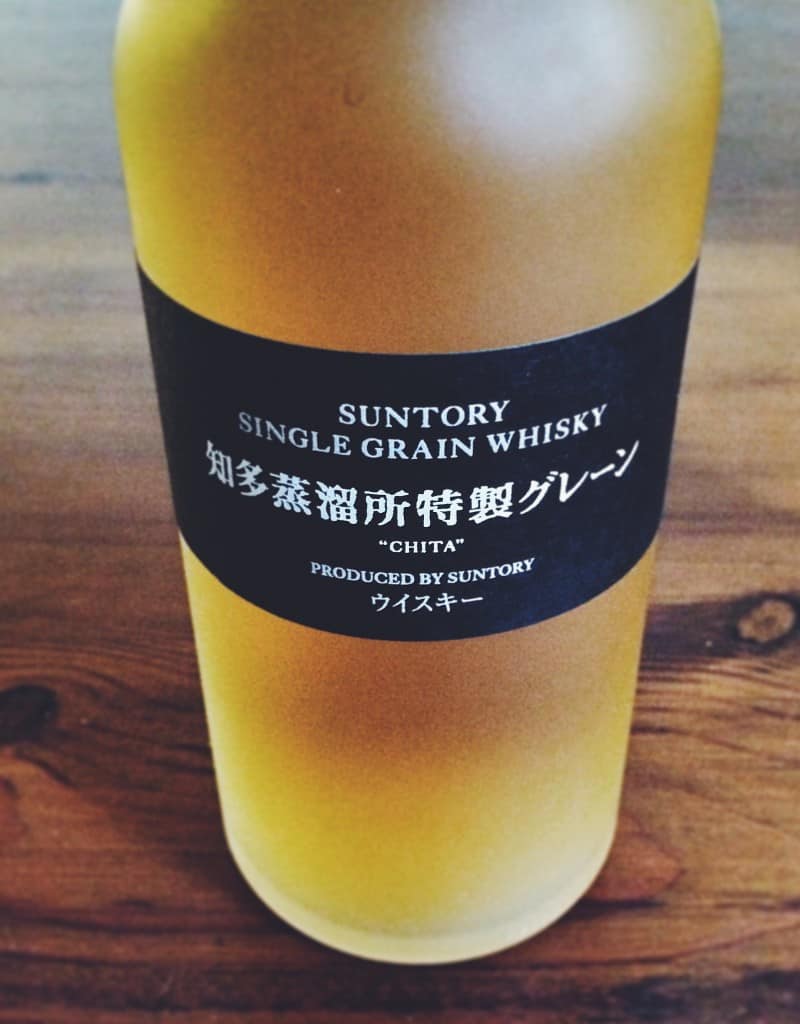 In the mouth: excellent chewy yet light texture. It’s like eating dessert out on the porch in the summer sun. All of the nose comes through cleanly: again, tropical juices, almost like some mango-based cocktail. Limes. Grappa. And then come the sugars: light honey. Gentle wood spices drawn out for the finish, with just the slightest hint of Crunchy Nut Cornflakes.

Light is the word of the day with this one. Elegant and approachable, deliciously sweet stuff. People try to make up for Haig Club being crap by saying, “Hey, but it’d be good for cocktails right? Really great for newcomers!” as if newcomers haven’t any taste buds. This is the perfect single grain for those new to grain whisky – and I imagine it can make some stunning summer cocktails to boot.

Whatever these elusive Japanese wizards are up to at Chita, it’s damn good stuff. I imagine in local prices Chita Single Grain Whisky is superb value for money too. Unfortunately, it’s not that easy to get hold of, whilst the shelves in supermarkets are probably clogged with Haig Club…

Regulars will know towards the end of last year I was down in London for a Japanese Scotch Malt Whisky Society tasting with Mark from..