Bowmore is a most frustrating enigma of a distillery. The core range remains disappointing although recently it has shown some new life, which gives me hope for the future. Fellow enthusiasts rumble constantly about the old Bowmore’s and the fruity aspect that has been missing in recent decades. At times it is like that stuck record that you just want to lift the stylus off and return to vinyl box. Preferring instead to keep those old memories very much alive rather than in the glass.

There are exceptions and for these we rely on the independent bottlers such as Cadenhead’s who seem to have consistent access to Bowmore casks along with the Scotch Malt Whisky Society. In March 2014 Cadenhead’s put out a release that was described as a ‘dirty Bowmore’ and it’s nuggets like these that show what the distillery can achieve. Still, it does offer a great atmospheric tour.

What is initially striking about this Bowmore is the fact it is from a bourbon rather than sherry cask. A dark rich colour presides in the bottle; a swirling reddish ocean storm reaching land. I know the contents have prompted much debate amongst those that have sampled this release. A divisive bottle that splits opinion, marvellous news in an age of bland whiskies. During my last visit to the Cadenhead’s store 5 bottles were sold before I left so it is prompting interest at least. Lets see where this fella takes us. 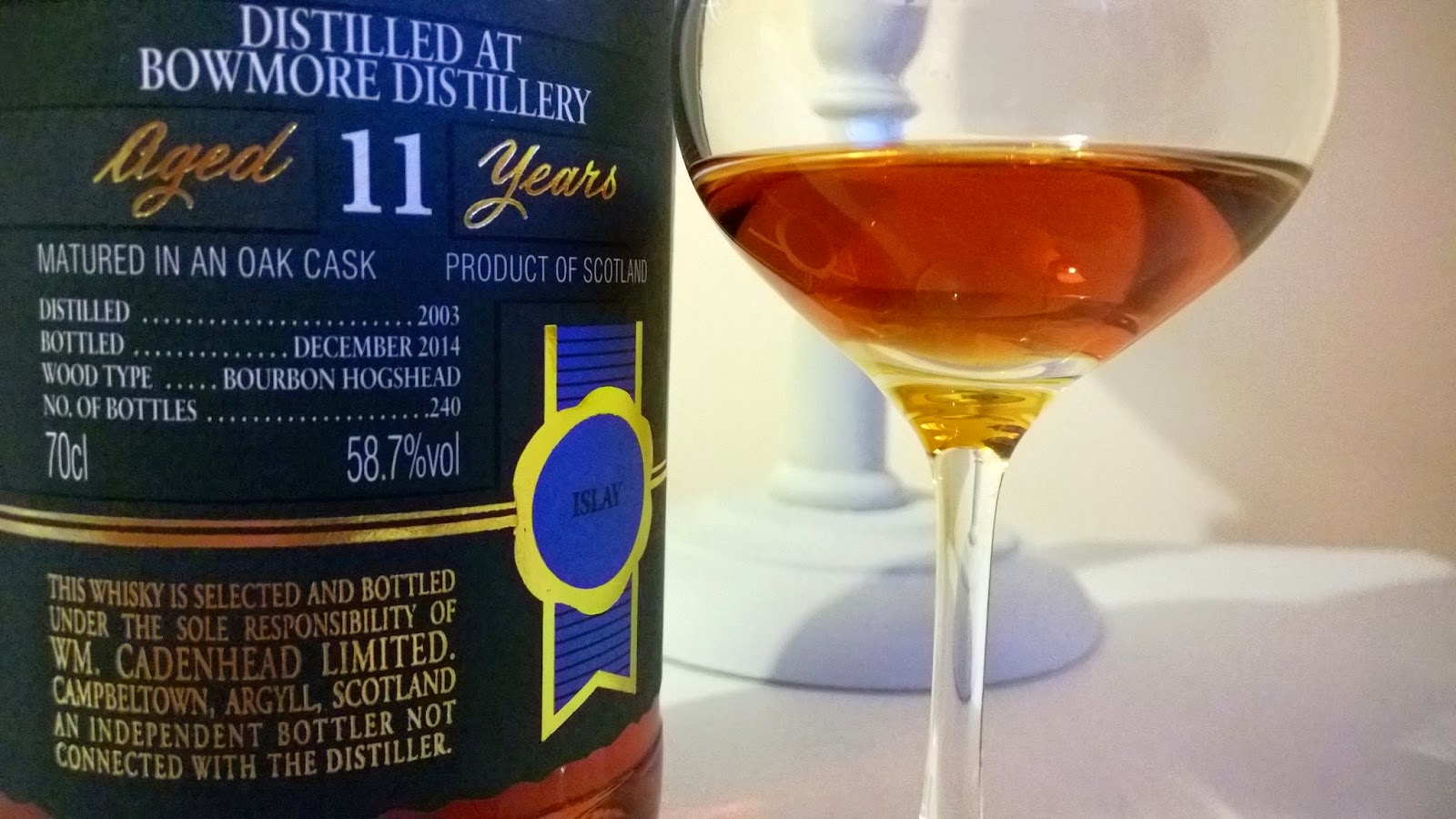 Colour: bronze leaf
On the nose: well, first impressions are it noses just like a sherry cask with rich juicy fruits, crushed mint, linseed oil, honey roasted ham and worn leather. Are they sure this isn’t a sherry cask? Originally it was listed as such before arriving in store labelled as a bourbon.
In the mouth: really thick oozing quality in the mouth, a deep meaty richness aka roast beef and juniper berries. Hickory wood chips I use on the barbecue that mix sweetness and smoke perfectly. Toffee, marzipan and fresh orange add those layers of sweetness before a dry finish you often only see in wine casks finishes.

For once a Bowmore than isn’t disappointing or boring. That said I’m still not sure what to entirely think of the experience. A whisky to debate amongst friends and discover its bizarre twists and turns – a journey I’ll gladly take.