Eden Mill certainly has changed from when I last visited the site just outside of St Andrews. They’ve expanded into the surrounding old mill moving beyond mere brewing into distilling gin and whisky.

The shop and tasting area has graduated from a portakabin out front to a huge room that used to be an old warehouse behind the distillation area. They’ve kept the original features and it looks fantastic – so much so I’ll have to get back along for another tour shortly.

The purpose of this visit was to purchase the final release in their trio of new make releases. Closing off the series is this Robert Burns Night 2015 spirit that uses 3 types of barley (pale, crystal, brown) and was only just hitting the shelves as I dropped by, as you can see… 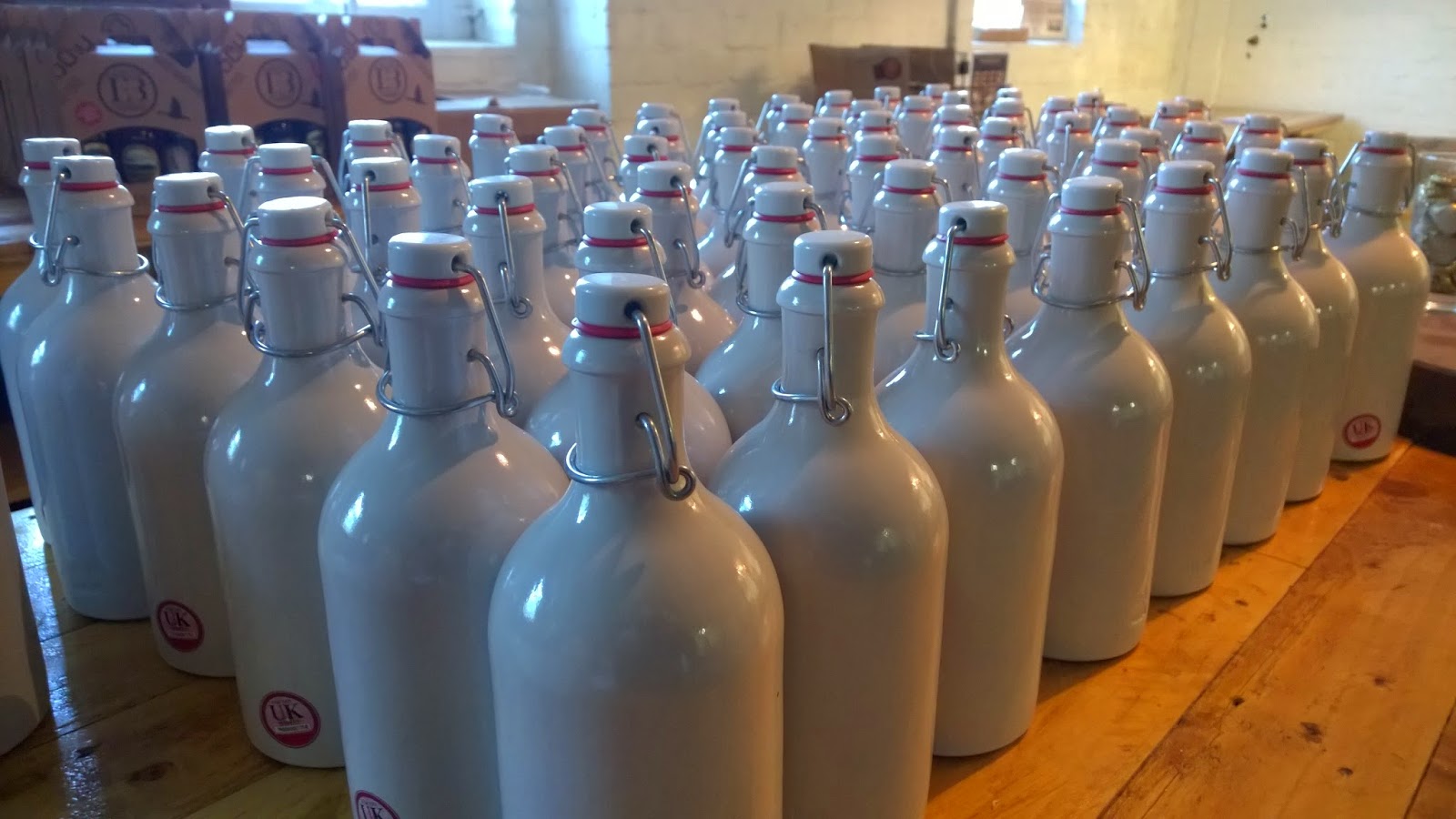 I’ve written previously about the inspiration to this new make series and finding the spirit style that will ultimately become the identity of Eden Mill whisky in 3 years time. You can read about that right here. By owning 1 of these releases you can then look forward to embarking on a journey alongside the spirit.

Interestingly we have 3 malts present in this release with the popular pale malt often used for its subtle toasted notes in ales. This is joined by a brown malt adding complexity and a crystal malt that will potentially deliver toffee notes. For now lets have the bottle details and then those tasting impressions: 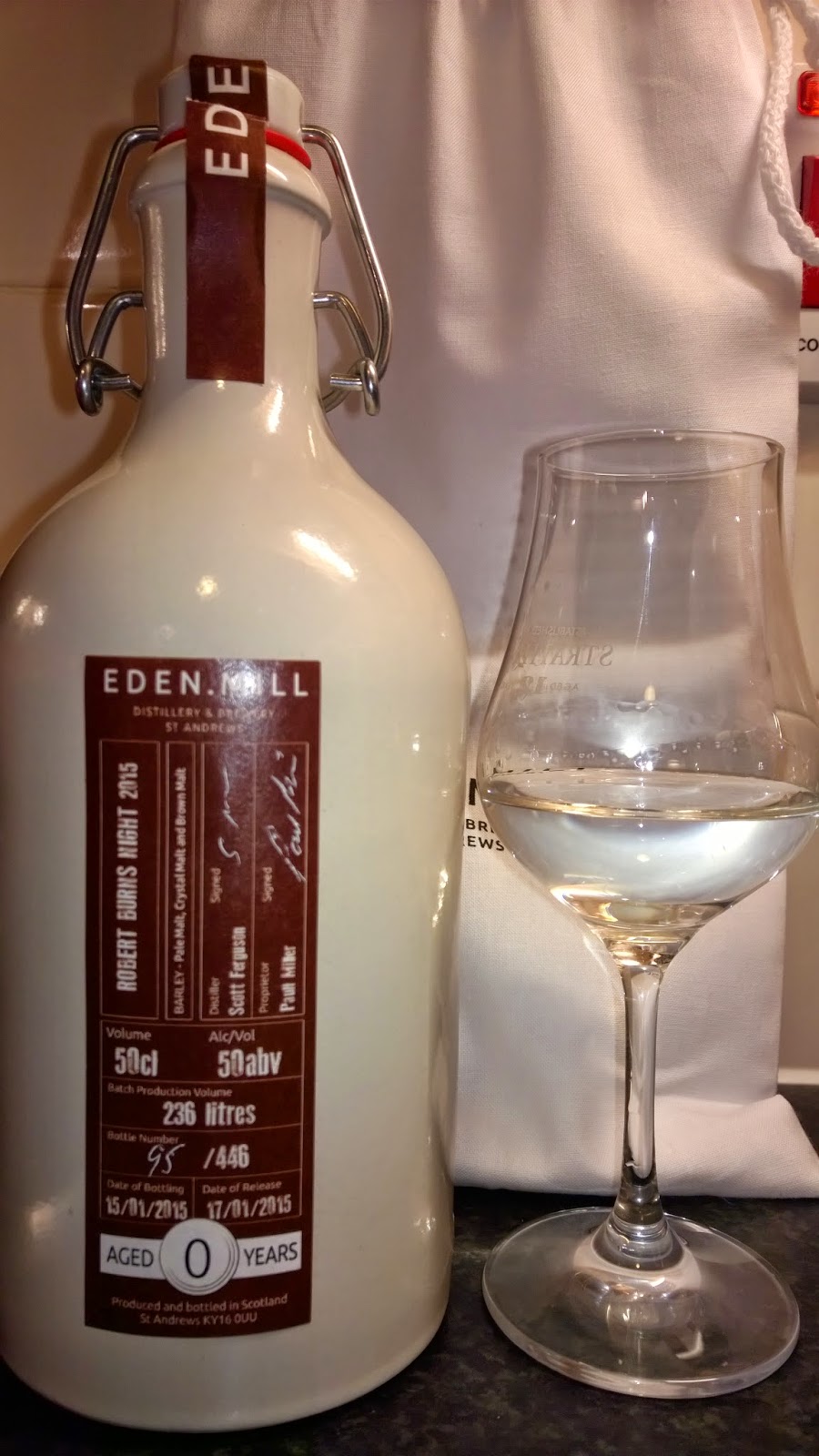 On the nose: very sweet aroma with marzipan, caramel, nice biscuits and a little tinned peaches in syrup. Rounding off a surprising nose the arrival of walnuts.

In the mouth: I was expecting a freshness of new cotton and peppermint but not the thick coating on the palate. The texture is very enjoyable. A little honey and puffed wheat that can only be sugar puffs.

This is a naked spirit so without a cask it is missing around 60% of its potential flavour from the wood. On the premise of 40% this is a very interesting starting point and I’m looking forward to tasting the interaction with the cask over the next 3 years.